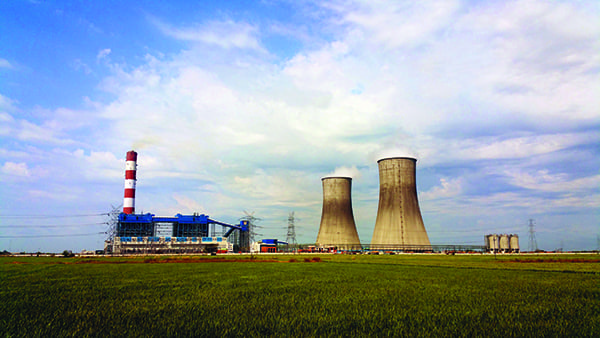 Given the opportunity to help India’s bread basket alleviate a chronic power shortage, a major engineering, construction, and manufacturing firm built its first 1,400-MW coal-fired power plant in just 54 months. Today, the plant is one of India’s most efficient and best performing coal plants, and well deserving of a POWER Top Plant award.

Tucked away in India’s northwestern corner, the relatively small state of Punjab is the country’s bread basket, the source of nearly a fifth of the country’s wheat supplies, 10% of its cotton, and 11% of its rice. But for decades, the agricultural powerhouse’s economy had been stunted by political indecision that left its power sector—largely under the control of the state government—stagnant.

Some experts point to the state’s unique model of universal access to basic electricity, which provides free power to all below the poverty line, for pushing state-owned utility Punjab State Electricity Board (PSEB) deep into the red and sending power demand soaring in the face of chronic power shortages. But owing to critical reforms that encouraged participation from independent power producers, the state has reined in its power crisis, boosting its installed power capacity from 3.5 GW in 1997 to 13.2 GW in 2016, about 62% of which is coal-fired and 26% from hydropower today.

The 1,400-MW Nabha Power Plant was conceived during the state’s desperate attempts to ramp up capacity. To alleviate shortages—and do it quickly—in October 2009, PSEB floated a competitive request for proposals for a new power plant in Rajpura, a municipality in Patiala district neighbored by major cities including Chandigarh, Patiala, Ambala, and Ludhiana. It eventually established Nabha Power Ltd. (NPL) as a special purpose vehicle to build the two-unit coal-fired power plant. L&T Power Development Ltd. emerged as the lowest bidder. 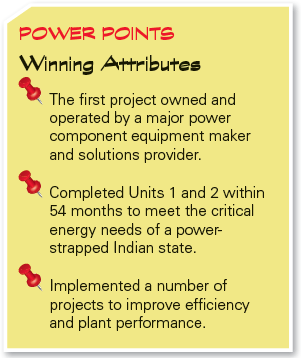 At L&T Power—an entity which had been incorporated as a wholly owned subsidiary of global conglomerate Larsen & Toubro (L&T) just two years before—the opportunity made good business sense. At the time, despite progressive reforms, India’s power supply lagged 11% behind demand, and the government had laid out ambitious plans to vastly expand its power capacity (for more, see “Powering the People: India’s Capacity Expansion Plans” in POWER’s May 2009 issue). Then, and even now, the power sector was set to grow exponentially to meet increased demand, fueled by soaring economic growth, as Anand Saxena, NPL’s Senior Deputy General Manager of Technical Services and Planning, told POWER in August.

L&T got its start in 1946 as a Mumbai-based partnership between two Danish engineers, Henning Holk Larsen and Soren Kristian Toubro. Over its long history, it had bagged lucrative orders encompassing engineering, construction and manufacturing for a wide range of sectors, including hydrocarbon, infrastructure, process industries, and defense. It had executed power plant packages with integrated project management, and it owned India’s largest integrated manufacturing facility for power plant equipment. But it had never built a plant to own and operate it.

Still, by January 2010, NPL had been transferred to L&T Power Development as a wholly owned subsidiary and granted a 25-year power purchase agreement with PSEB. The design and construction phase was then swiftly executed, owing to L&T Power’s access to in-house engineering, manufacturing capabilities, and experience.

“What set L&T Power apart is its all-encompassing capability, extending from conceptualizing to commissioning power plants,” Saxena said. L&T-Sargent & Lundy was at hand to provide engineering and design services, a process refined by the entity’s systems and design engineering process centers. Also accessible was L&T-MHPS, a joint venture with Japanese technology giant Mitsubishi Hitachi Power Systems (MHPS), which executes supercritical boiler islands of up to 1,000 MW on a turnkey basis and provides large-capacity coal pulverizers using MHPS technology. L&T-MHPS Turbine Generators, another joint venture between the two companies, manufactures supercritical steam turbines of up to 1,000 MW as well as performing generator testing and high-speed balancing (Figure 1). The plant’s supercritical boilers and turbines were manufactured in Hazira, Gujarat.

L&T Power, meanwhile, had its own sizable pool of experienced piping engineers, and piping foundry and software, and it supplied its own heat exchangers and power plant vessels. Another joint venture with Howden provided design, engineering, manufacture, and supply of axial fans and supplied rotary air-preheaters. In total, 85% of the plant’s installed equipment was manufactured by L&T.

A Marvel of Plant Performance

For those reasons, and though it was its first development project, the two 700-MW supercritical units at Rajpura were built and successfully commissioned within 48 and 54 months. Unit 1 started commercial operations in February 2014, and Unit 2 in July 2014.

Today, the plant operates as one of India’s most efficient supercritical coal plants. Developers went with a supercritical technology with pulverizers and rotary separators for improved steam generator efficiency to circumvent India’s vast appetite for coal. About 75% of the nation’s coal is consumed by the power sector to drive more than 50% of its total installed power capacity, and the bulk of future installations will be coal-fired. The Rajpura plant is sited 1,500 kilometers away from coal mines, and one of the biggest challenges it faces, Saxena said, is to “sustain the uninterrupted supply of fuel for daily power generation.”

Yet, last year, he noted, the plant was available 93% of the time, and the plant load factor has been consistently increasing, from 54% at the end of 2014 to 77% at the end of 2016. Auxiliary power consumption has fallen from 6.39% to 5.18% during the same period. At a 77% plant load factor, the auxiliary power consumption of 5.18% achieved last year was “the best in the country,” Saxena said.

Plant features include a twin-fire vortex boiler design, which distributes the uniform heat flux across the furnace. The sliding pressure operation provides the flexibility in operating the units from part load to full load. The vertical mills are designed with hydraulic oil pressure as a function of coal flow with a dynamic classifier in the mill outlet to control the coal fineness. Other notable efficiency efforts include a state-of-the-art automation of complete operations, including automation in coal rake unloading through wagon tipplers. Also, “NPL has implemented energy accounting to measure the energy at different stages of coal movement in the power generation process through heat balance mechanism,” Saxena explained. “It helps to track the energy losses in the fuel supply chain and generation process right from coal mines to power transfer point at switchyard.”

The plant also implements a number of environmental controls, including Mitsubishi Advanced Combustion Technology burners for nitrogen oxide emission reduction, a zero-water discharge system, and utilization of 100% of its dry fly ash.

During the three years the plant has operated, meanwhile, a number of projects have further helped ramp up performance. These include completely switching from heavy fuel oil to light diesel oil, which eliminated the continuous requirement for steam heating. That project allowed for smoother startup and reduced demineralized water consumption. Other projects included an optimization of coal-firing and unit cold startup turbine rolling pressure, and repairing some high-energy drain valves that pass steam or water to the condenser or the atmospheric flash tank to reduce heat losses.

Today, the plant remains a pivotal facility, providing 50% of Punjab’s power during non-peak season and 25% during peak season. The project’s economic significance and environmental achievements have allotted the Nabha plant a number of accolades, including recognition as “Best Thermal Power Plant” by India’s Ministry of Power in 2016, and a Gold Category ranking for environmental management of a thermal plant by the Greentech Foundation. The success of the project, meanwhile, has persuaded the government of Punjab to sign a memorandum of understanding with NPL to explore expanding the unit with another 700-MW unit at the plant site.

And now, for its innovative solutions concerning the deployment of an advanced technology, for building the project to alleviate chronic shortages with an emphasis on environmental mitigation, and for doing it all safely, on time, and on budget, it wins POWER’s recognition as one of the world’s top plants for 2017. ■