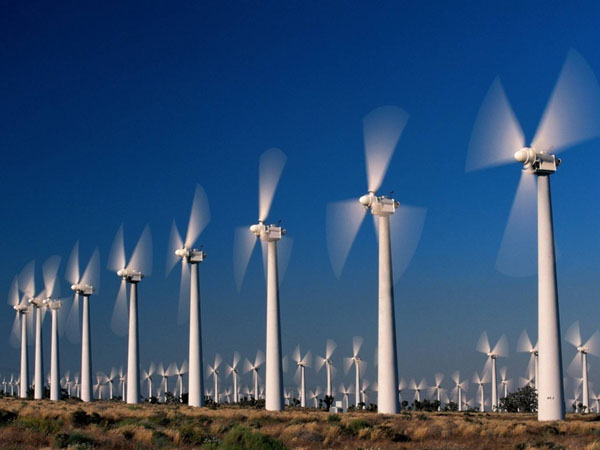 The shale gas boom in the United States has upended energy planning not just in this country, but also around the world. Shale gas extraction is what business theorists refer to as a disruptive innovation, one that changes existing markets and creates new ones. Disruptive innovations are typically not new technologies so much as existing ones that find new applications compelling enough to displace competing alternatives. Hydraulic fracturing and horizontal drilling are not new technologies, but it was the combination of them in pursuit of methane trapped in shale deposits that turned the natural gas business upside down. Pre-shale, natural gas was too expensive to compete meaningfully with coal, gasoline, and diesel—and too scarce to export. Now, it’s becoming the go-to fuel across a range of industries, and surging production has created long-term downward pressure on prices.

But is shale gas itself vulnerable to another disruptive innovation? Maybe.

The potential culprit is certainly nothing new. Indeed, it’s the most common element in the universe: hydrogen. While meaningful impact is still over the horizon, there are signs that hydrogen could one day account for a significant percentage of the generation mix. And it could do it by displacing natural gas from its very own infrastructure.

“Hydrogen hype” has been a bane of the energy industry for years, with various visionaries predicting that hydrogen fuel cells were poised to replace the internal combustion engine, among other things. That hype hasn’t panned out, as most experts have noted that a shift like this would require enormous capital costs and infrastructure spending, investments that just aren’t justified by the potential returns, whether economic or environmental. Hydrogen fuel cells are poised for certain applications (such as the “shore power” idea discussed in one article in this issue), but it seems clear they will be niche at best for the foreseeable future.

The path for hydrogen power may be something else.

In Europe, where persistently high natural gas prices have thwarted the sort of changes seen in the U.S., a number of entities have been quietly researching other possibilities. Back in April, a coalition of 11 companies comprising generators, grid operators, pipeline owners, and other stakeholders formed the North Sea Power to Gas Platform with the goal of leveraging existing gas and electrical infrastructure to create, store, and transport hydrogen and methane created by excess wind generation in the North Sea. Though the project is still in the early stages, the goals are ambitious: To turn Europe’s gas infrastructure into an energy storage system for the continent’s renewable generation fleet, eventually achieving a carbon-neutral gas supply by 2050.

Though that goal is a long way off, it’s not hard to see the disruptive potential. Rather than relying on expensive, untested technology that would need to be rolled out on a massive scale—the case with hydrogen fuel cell vehicles—this idea largely just repurposes existing gas delivery and storage resources. And it offers several key advantages over natural gas. The hydrogen is produced via simple electrolysis, and the methane can be produced from the hydrogen and carbon dioxide in a catalytic reactor. This means the process wouldn’t require any of the environmental tradeoffs that come with natural gas exploration and recovery, and it could also dovetail with carbon capture from fossil fuel plants, when (and if) that technology sees large-scale use.

The project thus would address two nagging problems for Europe: A perennial lack of sufficient gas supplies in the region—which means expensive (and politically sticky) imports—and challenges to grid stability from increasing wind and solar generation.

To be sure, there are many challenges to overcome in making this work.

The first is that applications for pure hydrogen are currently limited. While there is a market for it, it’s too small to support the necessary investments. Most of the research has centered around blending hydrogen with methane in existing gas networks, so that users would simply transition from pure methane to a methane-hydrogen mixture.

In June, energy giant E.ON started a pilot project in Falkenhagen, Germany, in which a power-to-gas facility from Canadian company Hydrogenics (one of the North Sea Power-to-Gas partners) began generating hydrogen that E.ON fed into its gas pipeline network. The first test run injected 160 cubic meters of hydrogen; full-scale operation is expected to begin this month.

Of course, it’s not quite so simple as that. The National Renewable Energy Laboratory (NREL) looked at the issues surrounding blending hydrogen into the U.S. natural gas pipeline network in a report issued earlier this year. It concluded that the challenges of doing so were manageable—up to a point:

If implemented with relatively low concentrations, less than 5% to 15% hydrogen by volume, this strategy of storing and delivering renewable energy to markets appears to be viable without significantly increasing risks associated with utilization of the gas blend in end-use devices (such as household appliances), overall public safety, or the durability and integrity of the existing natural gas pipeline network. However, the appropriate blend concentration may vary significantly between pipeline network systems and natural gas compositions and must therefore be assessed on a case-by-case basis.

Gas turbine experts are surely waving their hands in the air here, pointing out that a turbine designed to run on natural gas can’t be transitioned to a hydrogen-methane mixture without proper adjustments. And no turbine is going to run well with a fluctuating concentration of hydrogen in the fuel mix. The same considerations, on a less-demanding scale, also apply to gas-fired engines.

All of this means that one of two things has to happen before this method becomes a real option for storing excess energy from renewables, and recovering that energy later (when it’s needed) by burning the gas in a power plant. Either additional methods need to put in place to ensure constituent fuel quality—likely at every single gas-burning plant—or the hydrogen has to be converted to methane.

Creating methane from hydrogen and CO2 requires heat, so it’s less efficient than blending—but the output can be a direct replacement for natural gas. The process for creating synthetic methane is still far from grid-scale application—but it’s probably closer than grid-scale battery storage. If the numbers can be made to work, that is, if synthetic methane can be created from excess renewable generation at a cost that’s competitive with natural gas, the potential impact could be enormous.

Power-to-gas facilities could be sited at the most convenient spot between wind farms and gas pipelines. Little or no changes would need to be made to existing infrastructure or power plants. Pipeline operators would need to account for the new source of input, but most of it would come at night when excess wind generation is the biggest problem and operators are packing lines for the next day’s demand.

The economic, environmental, and political impacts that would come from an entirely new source of carbon-neutral gas are impossible to fully predict, but they’re certain to be highly disruptive in many of the same ways as shale gas. Clearly we’re long way from getting to that point, but for an industry that makes decisions on a 20-, 30-, and even 50-year horizon, it’s definitely something to keep an eye on.