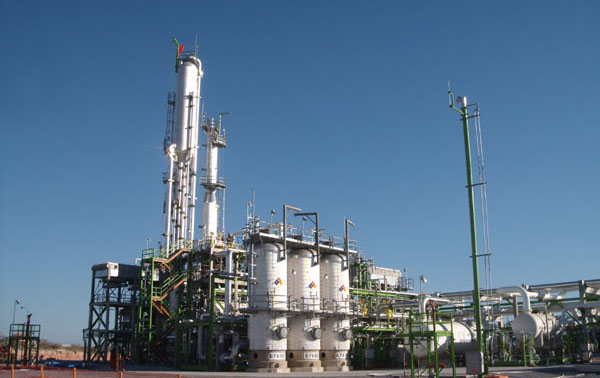 Rapid growth in U.S. gas exports to Mexico already is having profound effects north of the border, and things will only get more interesting. Gas producers in the Eagle Ford and other Texas shale plays are finding the new buyers they need. But gas consumers in the Southwest—caught with a losing hand of stagnant regional gas production, rising gas demand, increasing gas exports to Mexico, and pipeline capacity tightness—face potentially serious delivery concerns and price premiums in the not too distant future.

Mexican demand for gas is expected to rise by 30%, or 2.7 Bcf/d, by 2018, mostly due to new gas-fired power plants there. Increased gas production within Mexico will provide 1 Bcf/d of the incremental gas needed, but with LNG imports expected to remain flat, U.S. gas producers will need to provide the remaining 1.7 Bcf/d Mexico will require. That means U.S. gas exports to Mexico will nearly double—from 1.9 Bcf/d this year to 3.6 Bcf/d in 2018, with much of the incremental exports expected to flow south past existing pipeline constraints or choke points on Kinder Morgan’s El Paso Natural Gas pipeline system.

That might be ok if gas demand in the Southwest were not expected to grow by 1 Bcf/d, to 9.8 Bcf/d, over the next five years, mostly due to the planned replacement of coal-fired and nuclear capacity with new gas-fired power plants (Figure 1). It also might be manageable if gas production in the Southwest were rising, and not remaining flat, at about 4 Bcf/d, or if Southwest gas exports to Mexico were not expected to increase by 0.9 Bcf/d. But with the need to bring more gas in from Texas, the Rockies, and the Pacific Northwest, the Southwest faces the possibility of a real pipeline capacity squeeze.

1. Gas demand in the Southwest U.S. is expected to grow over the next few years. Courtesy: Bentek

Nine major gas pipelines tie into the Southwest from the three neighboring regions, providing a combined inflow capacity of 8.8 Bcf/d. Grouped by region, they include Redwood Path, Tuscarora, and Paiute from the Pacific Northwest; Kern River, Northwest, TransColorado, and Southern Trails from the Rockies; and El Paso and Transwestern from Texas. Two other pipelines send Southwest gas to Texas: Northern Natural and NGPL. And the Southwest can receive regasified LNG from the Costa Azul LNG terminal in Baja California via the North Baja pipeline, but in recent years, with increasing gas flows from the U.S. to Mexico, there has been talk of turning Costa Azul into an export terminal.

Gas pipeline capacity into the Southwest from the Pacific Northwest and the Rockies is close to maxed out, according to Bentek. Flows through the four pipelines from the Rockies, for example, in 2012 averaged 2.6 Bcf/d, or only 0.6 Bcf/d less than the lines’ combined 3.2 Bcf/d capacity, and at times the spare capacity dropped to as little as 0.2 Bcf/d. The three Pacific Northwest pipelines into the Southwest also have been running at high utilization rates. Last year, an average of 2.2 Bcf/d flowed along the lines, leaving only 0.2 Bcf/d of capacity unused. Gas flows from Texas to the Southwest, meanwhile, netted (outflows less inflows) an average 0.4 Bcf/d in 2012, with El Paso moving 1.4 Bcf/d out of Texas, and Transwestern, Northern Natural and NGPL moving 1 Bcf/d of Permian and San Juan basin gas from the Southwest into the Lone Star State.

Most of the current open pipeline space into the Southwest is along the Texas corridor (El Paso and Transwestern), which together have the capacity to deliver up to 3.4 Bcf/d, but, as noted above, used only 1.4 Bcf/d, which leaves 2 Bcf/d of capacity up for grabs. So what’s the problem for the Southwest? First of all, Transwestern’s pipeline runs nearly full west of Thoreau (in west-central New Mexico) with San Juan Basin and Rockies gas, so its 0.8 Bcf/d of available pipeline capacity out of Texas can’t be used to move Texas gas to Arizona, Nevada or California. Also, higher reservation fees charged for long-haul capacity on El Paso—combined with higher supply costs in the Permian Basin—have hindered capacity agreements with Southwest markets. The bottom line is this: If Mexican markets sign up El Paso pipeline capacity first, they will lock Southwest buyers out. Each cubic foot of exported gas will fill a portion of the capacity at the key Cornudas compressor station, effectively removing that pipeline space for gas moving into the Southwest. No expansion at Cornudas is currently planned.

Total gas inflows into the Southwest averaged 5.2 Bcf/d in 2012—considerably below the total inflow capacity of 8.8 Bcf/d. But within five years the inflows needed to meet the Southwest’s demand could exceed 7 Bcf/d (Figure 2), and because of the El Paso constraints there could be tight supply conditions and price spikes.

Gas demand also is expected to rise in Texas itself by 1.7 Bcf/d, or 18%, over the next five years, providing—like Mexico—a reliable outlet for all the new gas coming out of the Eagle Ford and the Permian and Anadarko basins. Several new gas-fired power plants are likely to be built in Texas, and industrial growth in the state is expected to remain very strong (Figure 3). Bentek says some 35 major industrial projects are planned in Texas, including five ethane crackers, two methanol plants, two ammonia plants, a gas-to-liquids facility, and several other projects that either use gas as a feedstock or consume a substantial amount of gas for heating or power. If all that happens, gas demand in the state could grow even faster. An even bigger demand boost for Texas gas could come from a burgeoning U.S. LNG export market, founded on several LNG import-to-export conversions along the Gulf Coast that are expected to start coming online in a few years.

3. Gas demand in Texas is growing across a range of industries. Courtesy: Bentek

The potential for LNG exports along the Gulf Coast is significant. The Sabine Pass LNG project on the Texas-Louisiana border is expected to be operational in 2016; its exports are seen growing to 1.5 Bcf/d by 2018. Similarly, the Freeport LNG project near Freeport, Texas, is likely to be in operation by late 2017, and be exporting 0.7 Bcf/d in 2018. Several other LNG export facilities are planned in the region, including the Cameron and Lake Charles projects in coastal Louisiana. Total LNG exports from Gulf Coast facilities could hit 3.3 Bcf/d in 2018.

The mostly sunny outlook for Texas gas producers could cloud up. The expected rise in exports to Mexico could sag if the development of south-of-the-border power plants—or cross-border and in-Mexico gas pipelines—slows. Also, PEMEX (Petroleos Mexicanos) could significantly step up production from Mexico’s vast shale gas reserves and with that eat into Texas’s gas exports. Or the LNG export market could evaporate, just like the LNG import market before it that never really happened. The news is generally good, though, for Texas gas producers whose once strong position in major U.S. markets to the state’s north and east has been undercut in recent years by Appalachian (Marcellus/Utica) shale plays closer to those markets. They have Mexican exports, growing demand in Texas, and LNG exports on their side. Southwest gas consumers, on the other hand, need to keep a close eye. As the Southwest continues growing and weans itself off coal-fired generation, the region will need to bring in increasing amounts of gas from its neighbors. The question is how, and a likely answer is new gas pipeline capacity from Texas, the Rockies and/or the Midcontinent.

—Housely Carr is a long-time energy journalist who has written extensively about utilities and independent power companies, federal and state energy and environmental regulation, and the transformational role of shale gas in U.S. power markets. This piece was originally published on the RBN Energy Blog and is reprinted here with minor edits for this publication.