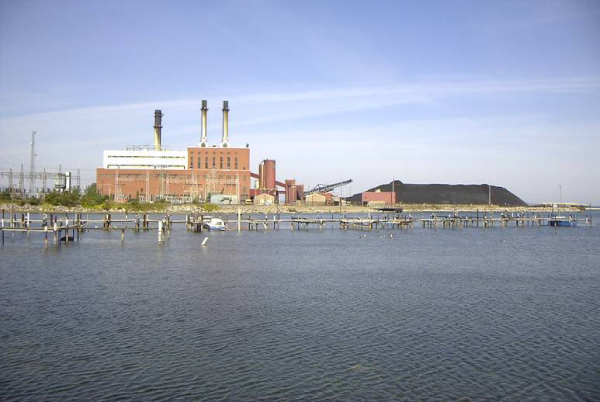 When a new power plant is proposed, traditional battle lines are often drawn: The utility or plant owner on one side, usually with business interests in support, and concerned citizen and environmental groups on the other.

Observers of NRG’s drive to replace its aging coal-fired Dunkirk Generating Station on the western shore of Lake Erie in Dunkirk, N.Y., however, can be forgiven for feeling a bit lost in sorting out all the competing arguments swirling around the site’s future.

The Dunkirk plant, then owned by Niagara Mohawk Power, first came online in 1950. Its first two units totaled 200 MW; two more units, at 218 MW each, were added in 1959 and 1960. NRG purchased the plant in 1999 and converted it to burning low-sulfur Powder River Basin coal in addition to upgrading its emissions controls.

But with the plant nearing the end of its useful life and no longer able to compete against cheaper gas-fired plants, NRG last March notified state regulators that it planned to mothball the facility. According to a filing with the Federal Energy Regulatory Commission, the plant lost around $73 million in 2011. NRG would shut down the two largest units later in the year.

The announcement set off a lively debate about what to do about the lost capacity, with at least four camps forming around possible options. NRG proposed to convert the plant to burning natural gas, eventually replacing the facility with a 450-MW to 600-MW combined cycle facility by 2017. The new plant would cost around $500 million to $700 million.

The potential loss of the Dunkirk facility has deeply alarmed local officials, who are less concerned with what occupies the site than with the loss of the tax dollars the plant contributes to city coffers—receipts that alone make up 18% of the city budget. In addition, NRG pays $4.1 million a year to the local school district—about 10% of the district’s budget—under a payment-in-lieu-of-taxes program. City officials say that making up the lost revenue from their largest taxpayer would require hefty tax increases and cuts to services, as well as school district layoffs. That’s something nearly everyone connected to local government wants to avoid, and the city and county have both come out in favor of NRG’s plan to repower the plant.

Not everyone agrees, however.

The repowering project’s biggest opponent is upstate New York’s largest utility, National Grid, which purchased Niagara Mohawk in 2002. National Grid objected to the shutdown plan, arguing that at least some of the plant’s capacity was still needed and that a complete shutdown would impact reliability. It asked for a delay while studies could be performed to determine what capacity would be needed for the future and what the best means of meeting it would be. In March of this year, NRG and National Grid signed a two-year agreement that will keep one of the smaller units operating through 2015. The other unit was shut down in May.

Long term, however, National Grid now has different plans. It began arguing this year that the new plant was not needed, and a better use of ratepayer money would be to upgrade its transmission and distribution network at a cost of $70 million, allowing it to import power from generators in Pennsylvania and Ohio.

The proposal to build a gas-fired power plant has also pulled the discussion into New York’s acrimonious debate over hydraulic fracturing. Though the state is estimated to hold substantial shale gas reserves, it has been under a moratorium on gas development via fracking since 2010. Governor Andrew Cuomo has repeatedly delayed making a decision on lifting the moratorium while he waits for various studies on its impact in New York to be completed.

The controversy has spawned demonstrations against fracking across the state, and the prospect of a new plant supporting gas demand in the region for the next 50-plus years has the state’s environmental lobby up in arms. A coalition of seven environmental groups has come out in favor of a complete shutdown, saying the money for the plant should be spent on renewable generation.

The environmental groups have been joined by an unexpected ally: The Business Council of New York, the state’s largest association of private businesses. The Business Council is officially supporting the National Grid plan, saying the new plant would cause electricity rates to rise too much. While it doesn’t oppose repowering, it does oppose paying for it with ratepayer money.

Sorting out the best option hasn’t been easy.

This spring, NRG and National Grid released competing reports on their respective plans. NRG argues that the new plant could lower wholesale electricity rates in the region and create thousands of jobs. National Grid argued that the plan would cause rates to rise as much as 10% and that the job impact would be minimal. Meanwhile, its plan to upgrade transmission resources would cause rates to rise much less. Not surprisingly, the reports differ on what each plan would cost, in addition to analyzing different timeframes. The National Grid report addresses reliability concerns out to 2021, while NRG sees its plan as a much longer-term solution.

Local officials in Dunkirk have acidly noted that National Grid stands to make more money importing power from outside the region than it would distributing electricity from the new plant. State assemblyman Andrew Goodell, who represents the county in Albany, told The Buffalo News, “This is like asking your trucking company what TV you should buy: the one across the road or the one across the country.”

Even the environmental issues are murky. NRG estimates that repowering the Dunkirk plant will cut its carbon emissions by half. Shutting it down, of course, would cut them to zero, but the issue doesn’t end there. Should the National Grid plan require imported power from the Pennsylvania-Ohio region, that power would be overwhelmingly coal-fired, potentially resulting in a net increase in emissions. That argument hasn’t swayed the environmental groups, who fear that locking the region into 50 years of dependence on natural gas will increase pressure to allow hydraulic fracturing.

The prospects for substantial renewable generation in the area, however, are not clear. Western New York is one of the poorest locations for solar power in the U.S. because of the heavy cloud cover much of the year. However, the National Renewable Energy Laboratory estimates that Lake Erie, like the rest of the Great Lakes, is a good location for wind generation. So far, it’s been an unexploited resource, though a Department of Energy–funded coalition is studying ways to make it happen. A nine-turbine pilot project, if all goes well, could be up and running by the late 2010s. Meaningful generation, however, is likely still a long way off.

The debate came to a head on July 15, when a huge crowd—estimates ranged from 1,500 to 2,500 people—turned out for the Public Service Commission (PSC) hearing on the various proposals. After NRG and National Grid presented their arguments and answered questions from the commissioners, most of the speakers were Dunkirk residents and officials, who from press reports overwhelmingly favored repowering the plant. City and county representatives again warned of the dire consequences of a complete shutdown for the area.

Representatives from the environmental groups opposing the plan also spoke, one suggesting that the cost of the plant be instead diverted to building an offshore wind farm.

The PSC plans to consider comments on the issue until August 16, after which it will conduct a review and issue its decision.