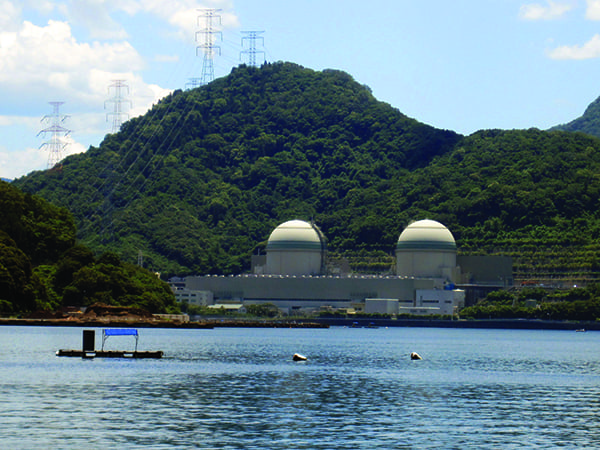 The challenges for Japan’s nuclear power industry have been many in the wake of the Fukushima disaster. Returning units to commercial operation requires meeting new government safety standards, along with buy-in from local communities. Kansai Electric Power Co. has taken a lead role in restoring the sector.

Japan’s power generation industry was upended by the disaster at Fukushima in March 2011. The country had about 50 reactors in operation at that time, but took all its units offline as the government looked at ways to improve the safety of its nuclear power plants.

It was an expensive proposition. Japan has had to buy liquefied natural gas (LNG) to replace its lost nuclear generation, importing almost 84 million metric tons in 2017, at a cost of about $35.6 billion, according to the country’s Ministry of Finance. Japan is by far the world’s largest buyer of LNG, with China a distant second with about 39 million metric tons imported last year.

That’s a big reason why Japanese Prime Minister Shinzo Abe has made restarting the country’s nuclear fleet a priority, both for its financial and environmental benefits, as the country also has increased its imports of coal for power generation to replace lost nuclear output.

“Japanese power companies have spent a very large amount of money, actually much more than their other nuclear countries on a dollars-per-reactor basis, on reactor upgrades because they know that this investment will allow them to reduce significantly the cost of replacement fossil fuels, in particular LNG,” Francois Le Scornet, president of Carbonexit Consulting in France and a former research analyst with the U.S. Department of Energy (DOE), told POWER. Le Scornet, who has worked in the nuclear sector for AREVA and GE, said, “By restarting more and more nuclear reactors, Japan is clearly on the path to reducing its fossil fuel imports.”

Analysts have estimated safety upgrades implemented at plants applying for permission to restart have cost about $1 billion per plant, though “$1 billion in safety upgrades per plant may seem reasonable given the projected economic consequences of Fukushima [$200 billion or more],” said Edwin Lyman, senior scientist with the Global Security Program at the Union of Concerned Scientists in Washington, D.C., in an email to POWER.

As of mid-October, 15 Japanese reactors had been approved for restart by the country’s Nuclear Regulation Authority (NRA), with nine reactors operating. Some operators have decided not to restart their reactors under the new regulatory regime, with 22 units listed for decommissioning.

Two of the most recent reactors to return to commercial operation are Units 3 and 4 at Kansai Electric Power Co.’s (KEPCO’s) Takahama plant, in the Oi district in Fukui prefecture. KEPCO made significant upgrades to both units, including incorporating new measures to meet the country’s tougher safety regulations in the wake of Fukushima. Those upgrades, part of a model safety program, along with the cost savings from a reduction in LNG imports, make Units 3 and 4 a worthy recipient of a POWER Top Plant award.

Post-Fukushima, Japanese nuclear plants not only must meet new government safety regulations, they also face legal challenges and in some cases opposition from local communities about their operation. KEPCO, along with other nuclear operators, has made concerted efforts to work with local residents so they understand the measures plants are taking to ensure safe operation.

Units 3 and 4 at Takahama are pressurized water reactors designed by Mitsubishi Heavy Industries, each with generation capacity of 870 MW. The units first entered commercial operation in 1985.

The older Units 1 and 2 at Takahama—826-MW pressurized water reactors that came online in 1974 and 1975, respectively—also went offline after the accident, and have not restarted although the NRA has said they meet the country’s new safety standards. The NRA approved 20-year operating license extensions for those two units in 2016, though no date has been set for Units 1 and 2 to restart. Only three units in service for 40 years or more have received operating license extensions: Takahama 1 and 2, and KEPCO’s Mihama Unit 3.

KEPCO in 2014 developed a road map it called “Further Strengthening of Ongoing Voluntary Efforts to Enhance Nuclear Safety,” which included safety measures to comply with Japan’s new regulatory standards. It also upgraded emergency response capabilities, enhanced its training programs and drills, and established the concept of what it calls “defense-in-depth.” KEPCO said that means “multi-layered protective measures should be implemented to ensure safety and, in terms of the measures for each layer, the concept of ‘defense-in-depth,’ which does not [rely] on the effectiveness of the measures in other layers, is enforced.”

Among those measures: tide embankments built to withstand an assumed tsunami of the largest magnitude; installation of watertight doors; an 18-meter-wide fire belt around the plant perimeter, to prevent a fire from spreading to the adjacent forest; installation of tornado-resistant facilities; and enhancement of the external power supply to ensure redundancy, among many other actions.

KEPCO also said: “Taking into account the lessons learned from the Fukushima Daiichi accident, we investigated the foundation surrounding the transmission line towers, which provide offsite power, to confirm the safety. In addition, in preparation for a loss of power supplied by the diesel generators, we have deployed power supply cars and air-cooled emergency generators on hills, which can withstand potential earthquakes and are beyond the reach of tsunami, in order to secure redundant and diversified sources of power. We also perform regular emergency drills to ensure that plant personnel would be able to use these power supply cars and generators to immediately feed electricity to the necessary locations.”

The NRA validated KEPCO’s plan at Takahama in stages across 2015. The units returned to service in early 2016, but Unit 4 operated for just three days before being shut down again for what the company said was a “main transformer/generator internal failure.”

Days later, on March 9, 2016, a district court in Shiga prefecture issued an injunction to shut down both units due to concerns from the local community. In late March 2017 the Osaka High Court—there are eight high courts in Japan, each with jurisdiction over one of the country’s eight territories—canceled the injunction. Unit 4 eventually came back online in May 2017, and Unit 3 returned to service two weeks later.

Both units have had planned maintenance outages this year. Unit 4 came back online in early September after being offline since May for maintenance. Unit 3 is scheduled to return to service in November after maintenance that began in August.

When Takahama Units 3 and 4 returned to commercial operation in 2017, Shigeki Iwane, president and director of KEPCO, said in a statement, “I would like to express my sincere gratitude, in particular to members of the public in the host region, for deep understanding and generous support toward restart of the plant. We are committed to exerting every possible effort to gain more trust and understanding in the importance and safety of nuclear power generation from members of the public while making steady steps forward to achieve and maintain safe plant operation after restarting operation.”

Analysts have said each Japanese reactor that returns to service cuts the country’s demand for LNG by as much as 1 million metric tons per year. LNG prices are near four-year highs in Asia. Kansai said the two operating units at its Oi plant, along with Unit 4 at Takahama, save it about $1.5 billion annually in fuel costs, a level that will increase when Takahama Unit 3 restarts after maintenance.

“Utilities like Kansai and Kyushu clearly investigate the opportunity to restart their nuclear plants as soon as they are compliant with the latest requirements from the safety authorities,” Le Scornet said. “For Takahama, the order of magnitude of savings was announced at around 10 billion yen per month ($90 million), according to Kansai.” Kansai earlier this year announced it was reducing its electricity rates by more than 5% as it passes its savings from fuel costs to customers.

Units 3 at 4 at Takahama also are using mixed-oxide (MOX) fuel, which could help reduce Japan’s stockpile of “47 metric tons of plutonium already that it cannot effectively utilize, [which] is causing concern around the world,” Lyman said. MOX fuel is manufactured from plutonium recovered from used reactor fuel, mixed with depleted uranium. MOX fuel also is being used in one reactor at Shikoku Electric Power’s Ikata plant, and one reactor at Kyushu Electric Power’s Genkai plant. The fuel is only used in small amounts, in what is known as pluthermal power generation.

KEPCO in late August organized a disaster drill (Figure 1), simulating actions that would be taken in the event of serious simultaneous accidents at its Takahama and Oi plants, which are a few miles apart. It was the first disaster response exercise designed for simultaneous accidents at multiple nuclear plants organized by a Japanese nuclear operator since Fukushima.

“I think with regard to Takahama and other plants in Fukui Prefecture, the issue of emergency planning must be at the forefront,” Lyman said, noting, “The area is remote and evacuation routes are limited.”

The drill involved about 21,000 people, including military personnel, residents near both plants, along with officials from Japan’s Cabinet Office, the NRA, and local governments. The drill assumed radiation was released from both plants after an earthquake in northern Kyoto knocked out cooling systems for each plant’s reactors. It provided insight into emergency operations for a delegation of U.S. nuclear power officials, as members of the U.S. National Nuclear Security Administration, part of the DOE, observed the drill along with officials from the Nuclear Regulatory Commission, Environmental Protection Agency, and Department of Homeland Security. ■