The unit is the third restarted in Japan since the country’s Nuclear Regulation Agency (NRA) idled all reactors and began safety checks in the aftermath of the Fukushima disaster. Currently, 43 reactors are considered operable, with about 22 in some stage of the lengthy process to restart.

In August and October, Kyushu Electric Power Co. restarted the Sendai 1 and 2 reactors in Kagoshima prefecture. The 870-MW Takahama 3 pressurized water reactor’s 157 nuclear fuel assemblies, including 24 MOX fuel assemblies, were loaded into the reactor in December.

In a statement announcing the unit’s restart on February 1, Kansai Electric’s president and director, Makoto Yagi, said the company would monitor the plant status at each stage, and would “give sincere and deliberate support to the subsequent inspections” to be performed by the NRA.

“With a firm determination that we will never see an accident like Fukushima Daiichi, I will commit myself to enhancing the safety of nuclear power generation by promoting the safety improvement measures in a voluntary and ongoing manner even beyond the regulatory framework while being fully aware that we should make an untiring effort to enhance the safety,” he said.

The NRA, meanwhile, has so far completed safety assessments for Takahama 4 as well as Shikoku Electric’s Ikata 3. Experts widely expected that between six and 12 more plants will resume commercial operation by March 2017.

Japan’s July 2015–finalized long-term energy plan calls for nuclear units to provide between 20% and 22% of its power in fiscal year 2030. 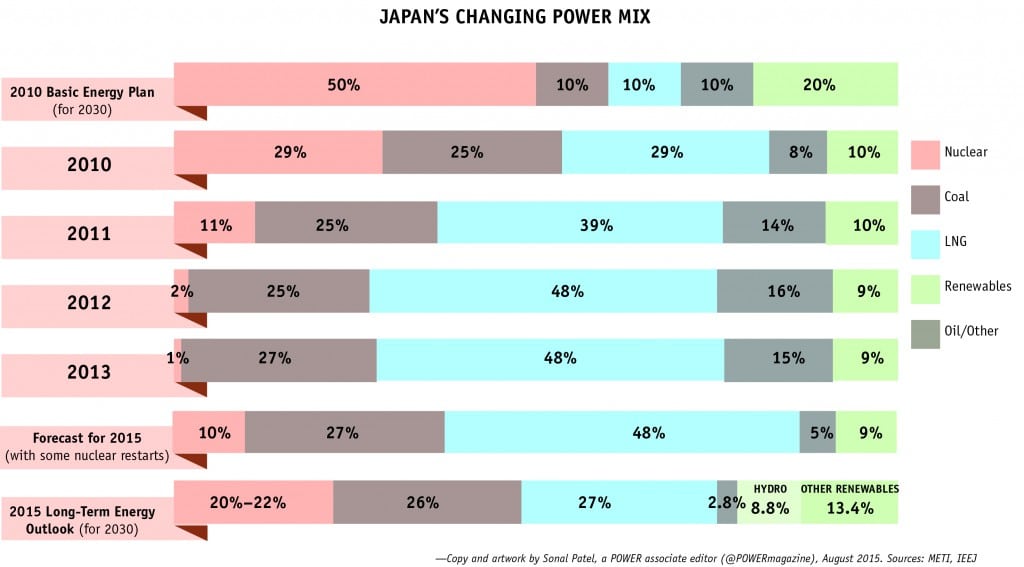 “However, around 30-35GW of nuclear capacity is needed to meet the 20-22% share, though this depends on the capacity factor,” said Tomoko Murakami, manager of the Institute of Energy Economics’ Nuclear Energy Group. “In 2016, both the NRA and the plant operators are expected to make efforts to allow operators to operate plants beyond 40 years provided that they take measures for meeting the requirements.”