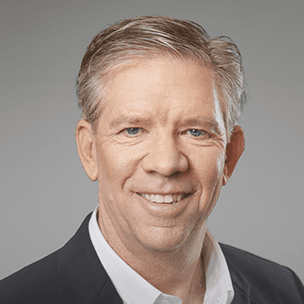 The state of Rhode Island has ambitious targets for renewable energy production, including from solar. Many residents—especially those with the most to gain from cost-savings linked to solar power—are unable to install solar systems on their properties either for economic reasons or because their home or business premises are not suitable.

This situation is typical of many states across the U.S. According to the National Renewable Energy Laboratory, U.S. households who earn less than $40,000 per year—approximately 40% of the U.S. population—account for less than 5% of all solar installations. Community solar projects allow many more consumers to benefit from a centralized solar installation, which reduces household energy bills and increases the proportion of renewable energy on the grid.

Sites for community solar projects often use land that would be unsuitable or undesirable for other purposes, either because of the terrain, proximity to industrial land, or because of previous use. The Hartford Pike installation is set on undulating and uneven ground and ringed with mature trees (Figure 1). This makes the site unsuitable for traditional string inverter solar systems, as the choice and placement of panels would be restricted, and the shading from trees would greatly reduce efficiency.

The economic viability of community solar initiatives is dependent on the yield of the installation, and the ongoing operation and maintenance (O&M) costs. SunLight specified SolarEdge technology to provide the greatest flexibility in module choice and positioning, and industry-leading monitoring to lower O&M expenses.

SolarEdge’s Power Optimizers attach directly to single or pairs of modules and enable them to operate independently from others on the same string. This means the underperformance of one or two modules, for example, due to shading, will not impact their neighbors, ensuring maximized energy production. Plus, unlike traditional string systems, the SolarEdge solution can be placed at varying levels of pitch or orientation—including on uneven (Figure 2) or undulating ground—increasing the number of modules that can be used and the amount of energy produced.

Through its Power Optimizers, SolarEdge also offers the ability to track system performance at the module level. Should a single or pair of modules start to underperform, the SunLight team will automatically be alerted and directed to the exact location of the fault. This will enable personnel to resolve issues quickly and efficiently, reducing the cost of maintenance and helping to keep energy losses to a minimum.

“To optimize energy production at the Hartford Pike project, we needed to be able to monitor all 15,800 solar modules in real time, and ensure we can pinpoint any issues quickly and efficiently. As the owner/operator of this project, the decision on what to build will impact our business for the next 25-years plus. It is in our best interests to use the best quality solution available,” said James Pochez, director of Project Development for SunLight General Capital.

Between April and September 2021, the Rhode Island project generated 5.81 GWh of solar energy (Figure 3). Of this figure, 2.46 GWh was earmarked for the Rhode Island REG Program, while the rest—some 3.35 GWh—was made available to 700 local residents and businesses through the community solar project. Over the course of a year, this will equate to a saving for each participating household or business of at least $74 based on current energy prices. However, as the cost of grid electricity continues to increase, future savings are likely to be higher. In addition, the project has helped reduce air emissions, which means local residents will benefit from a cleaner environment, as well as lower bills.

The feasibility of community solar projects is dependent on developers being able to use the broadest range of locations safely and efficiently. SolarEdge technologies can help unlock the benefits of solar power for an ever-increasing proportion of the population by allowing otherwise unused and unwanted sites to host productive solar installations. By maximizing energy production and reducing ongoing O&M costs, investors, installers, and energy providers are all incentivized to capitalize on the vast opportunities to increase renewable energy production.