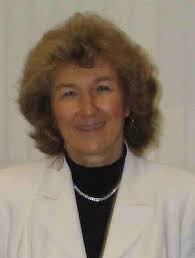 This is not the first time China spurred its economic recovery using coal. It did so after the financial crisis and global recession of 2008–2009. China is currently planning to build more than 200 GW of coal-fired generating capacity—almost the same amount of coal-fired capacity that the U.S. currently has in its generating fleet.

Once built, China will have more coal-fired capacity than the entire U.S. generating fleet composed of all sources. By building coal-fired plants that operate for 50 or more years, China is putting more emphasis on economic recovery than on its Paris accord pledge to reach peak carbon dioxide emissions by 2030—just 10 years away.

A Surge in Coal-Fired Capacity and Construction Permits

When China faced economic upheaval a decade ago, the government provided massive amounts of stimulus into the economy, with state-owned enterprises spending large sums of money to offset a collapse in exports, which resulted in increased electricity demand. China increased its construction of coal-fired generators, and its coal consumption increased by 13% between 2009 and 2011, according to BP’s Statistical Review of World Energy 2020.

In an apparent move to stimulate its domestic economy, China has surged its new coal plant permitting. Between March 1 and March 18, 2020, authorities in China permitted more coal-fired capacity for construction (7,960 MW) than they did in all of 2019 (6,310 MW).

China’s local governments favor coal-fired power plants as tools for economic development and for the baseload power they provide, which is essential for reliability, particularly when a pandemic like COVID-19 hits and hospitals need electricity to operate medical equipment 24/7, keeping people alive. China has substantial domestic coal reserves—142 billion metric tons as of the end of 2019—13% of the world’s total, and as such, coal is a secure energy source and a reliable generating fuel.

While global coal consumption decreased in 2019 by 0.6%, China’s coal consumption increased by 2.3%, and accounted for 57.6% of its energy use and 51.7% of the world’s total coal use. Despite the world’s lower coal usage, the global coal fleet increased by 34 GW in 2019—the first increase in net capacity additions since 2015. Nearly two-thirds (43.8 GW) of the 68.3 GW of newly commissioned capacity was constructed in China.

Since 2000, China’s coal fleet has grown five-fold and now totals 1,040 GW—nearly half the global total. China is one of 80 countries in the world using coal-fired power, up from 66 countries in 2000. Coal generated 36% of the world’s electricity in 2019, close to its highest share in decades and a greater share than any other generating fuel. China, however, almost doubled that share, generating 65% of its electricity from coal in 2019, using a very young coal fleet with generators averaging 14 years of age.

China recently announced it would cap coal-fired power capacity at 1,100 GW, keeping with its 13th Five-Year Plan, and cap the number of coal mines at 5,000 by the end of 2020. China’s installed coal-fired capacity totaled 1,040 GW and its operating coal mines totaled 5,268 in 2019. The Chinese government plans to make its coal industry more efficient by reducing “outdated” production capacity, while raising capacity in major producing regions, making those mines account for more than 96% of domestic output this year.

The country plans to build modern and large-scale open-cast and underground mines in Shanxi and Shaanxi provinces, and the Inner Mongolia and Xinjiang regions, shifting coal production from the densely populated East and South of the country to the North and the West to utilize those region’s abundant coal reserves. The restructuring plan will not reduce domestic supplies, but rather raise the industry’s overall efficiency and reduce production costs. China’s national coal production reached 1.47 billion tons from January to May 2020—an increase of 0.9% from the same period last year.

China has used the coal industry to recover from past economic downturns and is likely to do so in the future as it is recovering from the economic fallout due to the coronavirus pandemic. With more than 200 GW of coal-fired capacity under construction or planned, if built, the country will have more coal-fired capacity than the entire U.S. generating fleet. Clearly, China is providing power that is reliable and secure given the country’s large amount of coal reserves—the fourth-largest in the world. ■

—Mary Hutzler is a distinguished Senior Fellow at the Institute for Energy Research. She spent more than 25 years with  the Energy Information Administration (EIA), where she specialized in data collection, analysis, and forecasting, and served as the acting administrator for a time.