The pragmatic developer may also select dry cooling early in a project because it increases plant siting options and its use can significantly accelerate approval of construction permits because water use issues are taken off the table. Shortening a project schedule by even six months can completely change the economics of a project and easily balance the increased capital cost of dry cooling options.

Dry cooling applications in the U.S. have not been limited to arid regions but have also been specified for plants sited in eastern, northern, and mountain areas where water is typically more abundant (Figure 1). Why is that? In recent years, there are many more reasons to consider dry cooling in general, and the air-cooled condenser (ACC) in particular, than just the lack of available water (see sidebar). For instance, there are strong indicators that dry cooling applications are becoming a standard power plant design option. In fact, even areas with abundant water resources–like England, Ireland, Belgium, Luxemburg, and northern Italy (Figure 2)–are adopting the technology. In fact, the largest combined-cycle plant in Europe is rated at 1,200 MW and uses an air-cooled condenser. 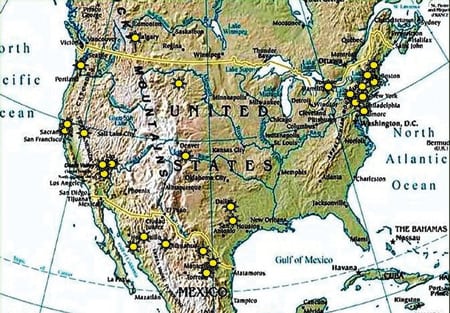 The direct dry cooling option condenses turbine exhaust steam inside finned tubes, which are externally cooled by ambient air instead of sea or river water, as in once-through water-cooled plants. There are two options for circulating the ambient air for condensate cooling: either use fans to move the air or leverage nature’s draft.

The natural draft system uses the familiar hyperbolic tower that can exceed 300 feet in height with a series of heat exchangers (Figure 12). The other, more familiar design option is the air-cooled condenser, which uses motor-driven fans instead of relying on the natural buoyancy of warm air. The large size of hyperbolic towers make the natural draft option a niche application for small sites in the U.S. Consequently, about 90% of the dry-cooled power plants in the world use the air-cooled condenser option with mechanical draft (Figure 13). 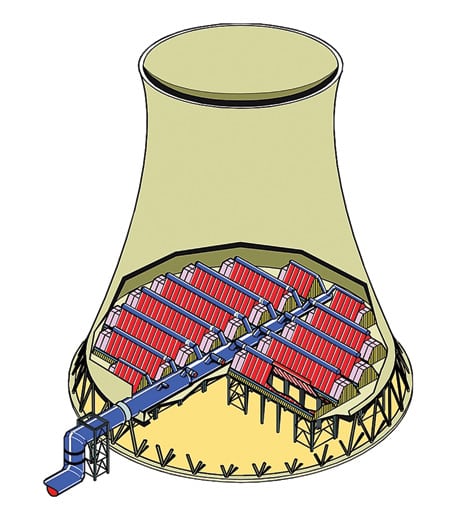 12. Free cooling. An indirect dry-cooling system was installed at the 6 x 686-MW power plant in Kendal, South Africa. In this cooling system design, water is circulated from a standard condenser to the tower, where it enters a series of heat exchange elements on the base. Air enters the bottom periphery of the tower, passing over heat exchange elements. The heated air rises inside the tower, pulling in more cool air. No fans are required. Courtesy: SPX Cooling Technologies Inc. 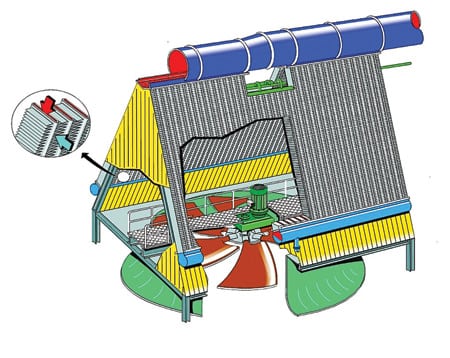 Steam discharged from the turbine exhaust enters a steam distribution manifold located on top of the ACC structure. The steam is then distributed into the fin tube heat exchangers arranged in a “roof structure” with an A-shape configuration. Flowing down inside the tubes, steam condenses due to the cooling effect of ambient air drawn over the external finned surface of the tubes by the fans. The fans are located at the bottom part of the A-shape framework. Condensate drains from the fin tube heat exchangers into condensate manifolds and then drains to a condensate tank, before being pumped to the conventional feed heating plant, or to the boiler.

An ACC operates under vacuum just as a conventional surface condenser does. Air and other noncondensable gases enter the steam from several sources, including leaks through the system boundary, and from the steam turbine. Noncondensable gases are evacuated in a separate section of the ACC called the “secondary” section, which is connected to vacuum pumps or air ejectors that exhaust the noncondensable gases to the atmosphere.

The principle difference between ACC designs from different suppliers is in the details of the heat exchanger and its finned tubes. There are basically two types of heat exchangers: single-row and multi-row. There are many arguments regarding the advantages of each concept. The single-row design is inherently more suitable in extreme freezing ambient conditions (Figure 14). There are also three tube shapes available in the market: round, oval, and flat. Oval and flat tubes are the most sophisticated and perform better under just about all conditions. 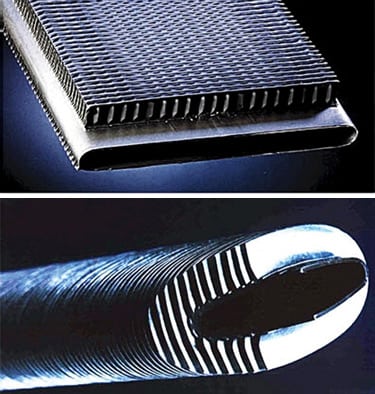 The fin shape also varies between suppliers. Some fin types are less susceptible to fouling and are mechanically more resistant in transient conditions. The best quality fins have a strong bond to the bare tube, which guarantees a useful life expectancy comparable to that of the power plants.

The final important design factor is the material selected for the finned tubes. Aluminum fins brazed on flat bare tubes coated with aluminum, or oval galvanized finned tubes bundles, are generally recognized as the two most reliable technologies for use in power plants. 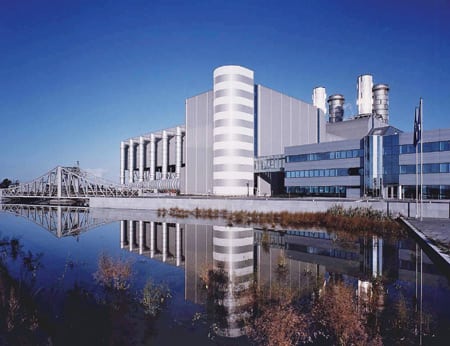 China is very concerned about further stressing its water supplies and has adopted dry cooling for many of its new power plants. In fact, China has installed air-cooled condensers on over 35,000 MW of its burgeoning fleet of new plants and has dominated the market in installations over the past several years (Figure 3). Over the past two years, China has purchased an average of one new ACC per month for new coal-fired power plants, with typical capacities of 2 x 300-MW or 2 x 600-MW (Figure 4). 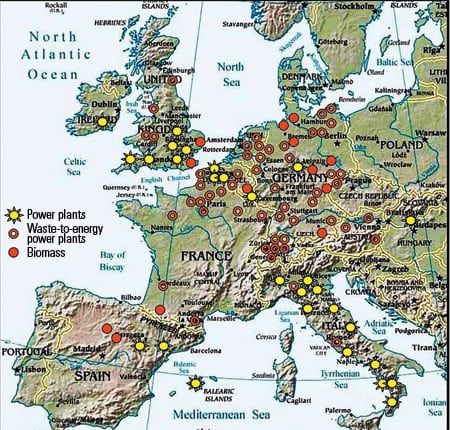 3. Most popular market. This map shows the geographic market distribution for power plants equipped with air-cooled condensers over the past four years in Europe. Courtesy: SPX Cooling Technologies Inc. 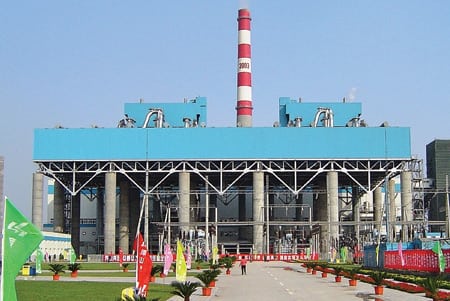 In China, as well for other locations across the world, a plant site no longer has to be located close to a water source if ACC is selected. Instead, the location can be optimized with regard to transmission lines and either gas distribution lines (for combined-cycle plants) or rail lines (for coal-fired plants). In China, solid fuel plants are generally located near coal mines, which explains that country’s recent interest in air cooling.

Finally, the cost of land can be reduced when a lake-, river-, or oceanfront plant site isn’t required.

Between the 1960s and 1990s, Europe had a very small market for large or midsize power plants. Instead, it relied on large coal-fired central station and nuclear plants. In contrast, dry-cooling designs grew in popularity in the Middle East, China, South Africa, and the U.S., driven by the lack of water (at coal mine locations, in desert environs, or for other similar reasons). After 1990, the world market for dry cooling began to explode and has multiplied about 20 times in the past 13 years alone (Figure 5).

5. Bursting at the seams. The world market for air-cooled condensers has exploded over the past 15 years. The European growth can be attributed to the recent spike in new gas-fired combined-cycle power plants. Source: SPX Cooling Technologies Inc.

In the very short term, the market for dry-cooling equipment will probably continue to be quite active in China, considering the huge electrical requirements of this rapidly growing country. Reasonable growth is also expected in Europe, as many European Union countries have a renewed interest in managing their future water supplies. The Middle East (Emirates area) and India will certainly also become two very important markets in the near future. In the U.S., the market has been steadily growing since the middle of 2005.

Perhaps one of the most challenging combined-cycle projects on record was the 550-MW Astoria Energy project, constructed on a 23-acre site along the East River, in Astoria, Queens, New York City (NYC). The ACC design used 36-foot-diameter fans designed for low noise, because the tuning rooms of the world-famous Steinway Piano factory are directly across the street from the plant. The project entered commercial service in May 2006.

The project was completed less than 24 months after the first shovel of dirt was turned. This schedule may seem like a stroll in Central Park to an experienced plant constructor–if you’ve got a greenfield site in the Midwest. Not so in NYC, where trucks have limited access to this small industrial site with no significant laydown area. That means the construction sequence had to be supported by daily, on-time material deliveries, making it a just-in-time construction project. What the plant site provided, however, was deep water access to accommodate barge delivery of equipment. The Astoria Energy project pushed the limits of off-site equipment modularization, and the two-year project timeframe attests to its success.

The major contractors on the project–which included The Shaw Group, Alstom Power, and SPX Cooling Technologies–transformed typical construction practices by assembling major modules, including fully assembled HRSGs and the air condenser, out-of-state and then barging them to the site. One interesting practical reason the project was approved: NYC requires that 80% of all electricity be generated within the five boroughs because of limited transmission capacity into the city.

One of the major NYC permit hurdles was to design a plant that eliminated use of the East River for once-through cooling. In fact, the final permit specifies that the ACC will not consume or reject any water into the environment.

Ship prefabricated assemblies. The ACC for this project consisted of 24 modules/fans and was preassembled 300 miles south of NYC in a shipyard located near Norfolk, Virginia. This off-site facility allowed space and time to pre-erect the ACC modules well in advance of when they were needed at the Astoria site. The more temperate climate increased labor productivity in Virginia, and just as important, the site had more-than-adequate room for material laydown and lifting equipment (Figure 6). 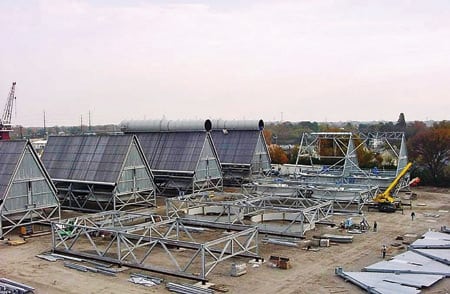 The 24-module ACC was built in 12 side-by-side module sections (Figure 7). Each of the 12 ACC sections measured almost 43 feet wide x 85 feet long x 49 feet tall, and each weighed approximately 300 metric tons. Two sections of the ACC were lifted onto a barge and then two barges were shipped together from Virginia to the job site by tugboat (Figure 8). 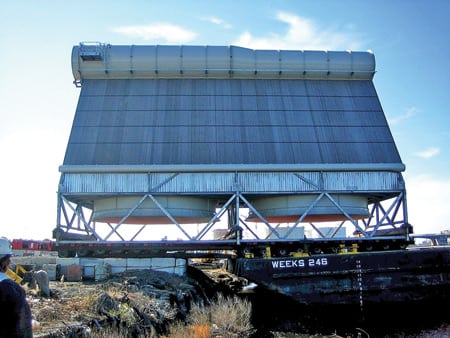 7. Step 2. A total of 12 ACC modules, each with two fans, were required for the project. Courtesy: SPX Cooling Technologies Inc. 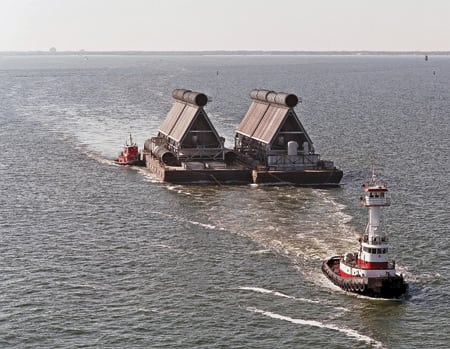 Rapid assembly and start-up. Only nine months after the contract award, the ACC sections started to arrive at the Astoria site for final assembly. When the barges arrived at the job site, they were immediately offloaded onto a low-profile industrial-strength motorized dolly and rolled into position next to the ACC steel support structure that had already been erected on site (Figure 9). A 1,000-ton crane lifted each of the 12 modules into place, at the rate of about two sections per week (Figure 10). 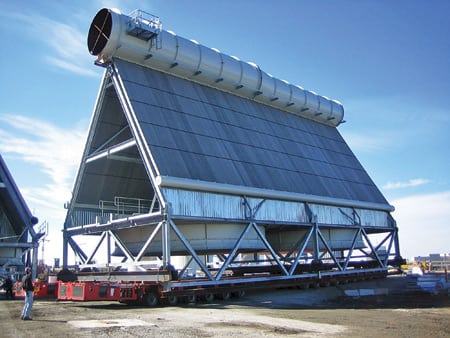 9. Step 4. Each ACC section was rolled from the barge landing to the adjacent job site. Courtesy: SPX Cooling Technologies Inc. 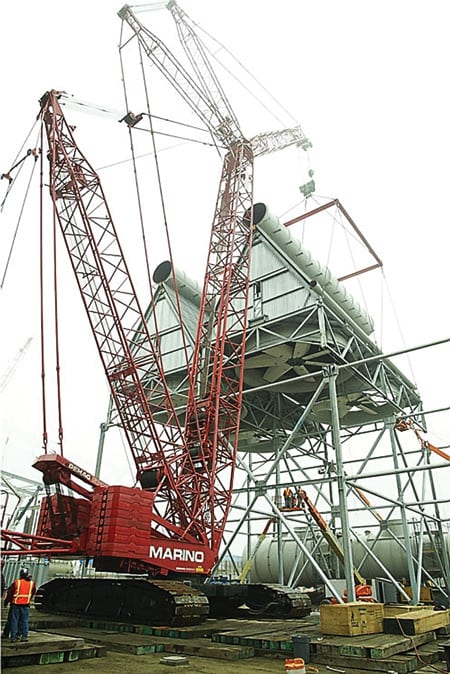 10. Step 5. A crane was used to place each of the 12 ACC sections onto a field-erected steel support structure. Courtesy: SPX Cooling Technologies Inc.

The steam duct, also preassembled off-site, arrived for final assembly at the job site in lengths determined by the long barge dimension. In all, 80% of the total man-hours required to assemble the ACC were worked in Virginia, resulting in significant cost savings compared to job site fabrication (Figure 11). Also, compared to other ACC combined-cycle projects in the area, the modularization approach easily reduced the time required for installation of the ACCs by 50%. 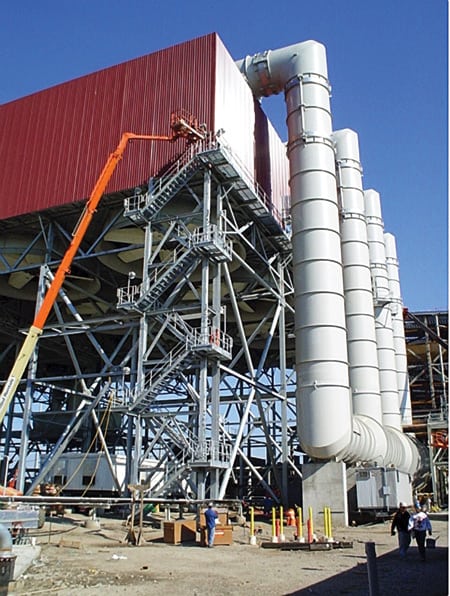