When the Åagisza power plant began commercial operation in late June 2009, it marked the beginning of a new era in the evolution of circulating fluidized bed (CFB) technology. At the heart of the 460-MW plant is the world’s largest CFB boiler, which is also the world’s first once-through unit (OTU) supercritical CFB boiler.

The Åagisza plant (Figure 1), owned by PoÅ‚udniowy Koncern Energetyczny SA (PKE), is located in the Katowice area of southern Poland. PKE is the largest utility in Poland, operating eight power plants within a 50-km radius of Katowice. The company has an installed capacity of over 5,055 MW, which is approximately 17% of Poland’s total generating capacity. In addition, the company has over 2,541 MWth of district heating capacity, which accounts for 16% of the local heat generating requirements of the Katowice area. 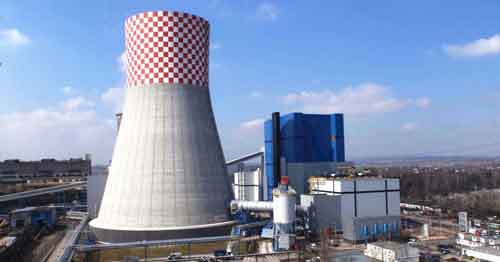 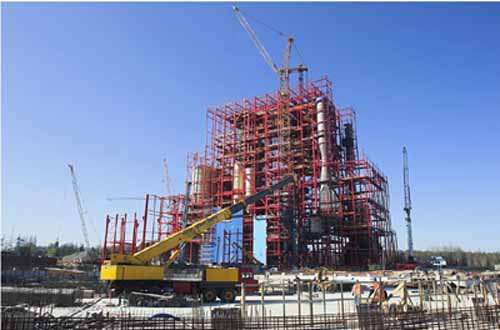 The new 460-MW (gross) unit will replace old power blocks of the Åagisza Power Plant. The existing blocks were erected in the 1960s and consist of seven units (110 to 125 MW each). Two were shut down after the new 460-MW unit was commissioned. The new boiler was built adjacent to the old boilers, and many existing plant systems, like coal-handling and water treatment, were renovated and utilized for the new CFB unit.

The primary fuel for the boiler is bituminous coal, which was sourced from 10 local coal mines with a wide range of coal parameters, given the fuel flexibility of the CFB technology. The boiler design is further optimized for the combustion of additional fuels, including a coal slurry that is available in large quantities from local coal mines. The CFB is designed to combust the wet coal slurry up to a 30% share by total fuel heat input. Coal washing rejects can also be burned in the form of dry coal slurry granulates. The boiler is also designed to utilize biomass fuels up to 10% by weight of fuel input.

The steam conditions selected for this boiler have been proven in other supercritical units, and conventional boiler steel materials can be used. Table 1 presents the main steam parameters of this CFB boiler. Net plant efficiency is determined by these steam parameters, steam cycle configuration, cooling tower conditions, and boiler efficiency. In the Åagisza design, boiler efficiency is improved by using the flue gas in a heat-recovery system, which cools the flue gases down to 85C. 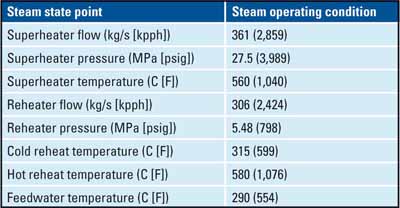 The calculated net plant efficiency for Åagisza is 43.3% on an LHV basis and 41.6% on an HHV basis; net power output is 439 MW. This is a marked increase from the 35% efficiency of the original plant. Compared to the original plant, nitrogen oxide (NOx) at the new CFB plant is reduced by 71% and carbon dioxide (CO2) by 28%.

The plant also features many other advanced design features that further improve reliability, operational flexibility, and overall power generation efficiency and economics. These include compact solid separators, INTREX superheaters, and low-temperature flue gas heat recovery that recycles the low-temperature heat back into the steam cycle, recovering valuable heat that would otherwise be lost.

The design of the Foster Wheeler supercritical OTU CFB boiler is affordable, efficient, and enhances environmental performance. High efficiency leads to lower fuel requirements and lower levels of ash and emissions, including CO2. In addition, CFB technology has excellent fuel flexibility and enables the cofiring of biofuels with different grades of coals, which can further reduce CO2 emissions.

Emission requirements for the Åagisza boiler are determined by the European Union Large Combustion Plant Directive (Table 2). Emissions of sulfur dioxide are controlled by feeding limestone into the furnace. With the design coal, a sulfur reduction of 94% is required and is easily achieved with a calcium-to-sulfur molar ratio of 2.0 to 2.4. NOx emissions are reduced with inherently low CFB combustion temperatures and staged combustion. There are also provisions for a simple ammonia injection system (a selective noncatalytic reduction system); however, that is not required to meet air emissions requirements using design coals. Particulate emissions are controlled by an electrostatic precipitator.

Unlike conventional steam generators that burn the fuel in a massive high-temperature flame, CFB technology does not have burners or a flame within its furnace. Instead, it uses fluidization technology to mix and circulate fuel particles with limestone as they burn in a low-temperature combustion process. The limestone captures the sulfur oxides as they are formed, while the low burning temperature minimizes NOx formation.

The fuel and limestone particles are recycled over and over back to the process, which results in high efficiency for fuel burning, capturing pollutants, and transferring the fuel’s heat energy into high-quality steam to produce power.

CFB technology offers a number of advantages for the refurbishment of older power plants like Åagisza, including improved plant efficiency, multi-fuel capability, and emission control without the use of secondary systems. CFB plant sizes up to 340 MWe are in commercial operation, and the start-up of the 460-MWe Åagisza CFB plant with supercritical steam parameters marks an important milestone.

The Polish plant is the first in the world to integrate CFB technology with vertical-tube, OTU supercritical steam technology, which provides the best combination of features for efficient, cost-effective, and environmentally responsible power production. Figure 3 shows a schematic of the innovative boiler design, which uses BENSON vertical-tube supercritical OTU steam technology for the evaporator steam circuit. The BENSON low-mass flux vertical tubing technology, licensed from Siemens AG, Germany, offers some clear advantages for CFB technology, including a lower pressure drop over the furnace tubing, resulting in less power needed for feedwater pumps and more power sent to the grid. 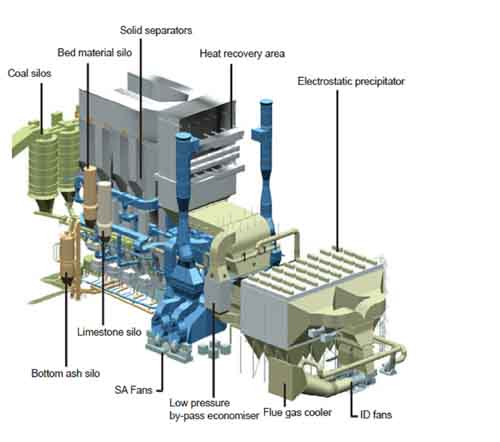 The Åagisza design also integrates the compact separators for circulating solids within the furnace. Instead of hot cyclones with heavy refractory linings, the unit uses steam-cooled compact separators. Advantages of this design include reduced maintenance costs, shorter start-up time, and a smaller boiler footprint, which is especially important because the new boiler had to fit into an existing site (Figure 4). 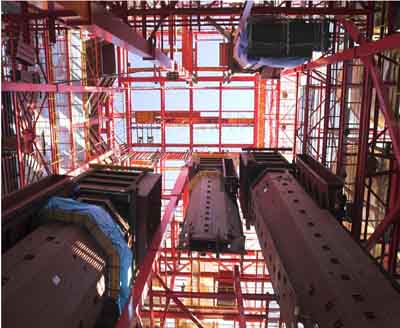 The unit design was further enhanced with INTREX (integrated heat exchanger), which extracts heat from the hot circulating material that is returned from the separator, or from solids that are taken directly from the lower part of the furnace. Continuous flow of dense solids enables high heat-rate coefficients within a small physical space and prevents the formation of deposits on tube surfaces. No mechanical devices are needed to control the heat duty to the INTREX, which is accomplished by air fluidization of the hot solids.

The CFB process includes features such as in-furnace sulfur capture by simple injection of crushed limestone, low-NOx emissions because of an inherently low furnace temperature and staged combustion, and fuel-firing flexibility because of the vigorous mixing of circulating solids. OTU features include the BENSON vertical evaporator, which is designed for low-mass fluxes to provide a self-compensating "natural circulation" characteristic to accommodate heat flux variations within the furnace. Supercritical steam conditions (4,000 psia, 1,050F/1,075F) and a backend gas cooling system that cools the flue gas to 185F provide high cycle efficiency.

Overall, initial operating experiences of the world’s first CFB using supercritical steam parameters have been excellent. Boiler operation has been stable and easily adjustable, while heat fluxes to furnace walls on coal firing have been low and uniform, as was expected. Experience with the Åagisza plant provides a good knowledge base for Foster Wheeler to propose CFB technology with supercritical steam parameters for plants as large as 800 MW in the near future.

—Bob Giglio is director of global marketing and strategy for the Foster Wheeler Global Power Group.