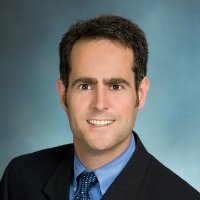 These are "interesting times" for gas-fired power. Natural gas prices are in free fall, with no clear bottom in sight. Production levels continue to climb as the unconventional (shale gas extraction) becomes conventional. A 60+-year-old technique—hydraulic fracturing—becomes "the next big thing," drawing public attention to its possibilities and environmental impact. Stricter—some would say heavy-handed—regulations make coal-fired power’s future uncertain and increase pressure for conversion to cleaner fuels. Combined cycle power plants, once seen as peaking sources, are becoming part of the baseload, filling in for increasing contributions from renewables.

Long-term studies, giddy on predictions of a 100-year (or even greater) supply of natural gas, have seized on gas power as the bridge to a clean energy future. Even President Barack Obama, thus far not viewed as much of a friend of the energy industry, ebulliently refers to the U.S. as "the Saudi Arabia of natural gas" while his blue-ribbon Jobs Council calls for vastly expanded production.

For those in this field, these are exciting but uncertain developments. Cheap gas is good, but price volatility is not. As gas becomes a greater part of the energy mix, it is certain to face more scrutiny of its contributions. Not all of the industry’s seeming friends have its best interests at heart: Many environmentalists who once championed gas as an alternative to coal have begun to fret that falling gas prices are undermining investment in renewables, perhaps fatally so.

It is for all these reasons and more that we at POWER are launching GAS POWER, a new bimonthly electronic magazine. Our core audience will be those who produce power from gas, and those who work alongside them.

This is a complex, multifaceted industry. Thus, this debut issue, and future issues, will contain a broad mix of content, as does POWER.

Fracking Is Changing Everything

Fracking, or extracting natural gas via hydraulic fracturing, is clearly one of the key issues of the day, even though—as one of this month’s contributors points out—it traces its roots to the 1860s and the earliest days of petroleum engineering. Potential production of shale gas is so great that the U.S. Energy Information Agency’s 2012 Annual Energy Outlook predicts that the U.S. will become a net exporter of liquefied natural gas in 2016 and an overall net gas exporter by 2020—an unthinkable shift only a decade ago.

The dramatic impact of shale gas on the production mix can be seen in Figure 1. But many worry about fracking’s environmental impact and the resultant litigation and regulatory attention. Can we tame this beast without choking it off? That’s an issue addressed by three articles this month. 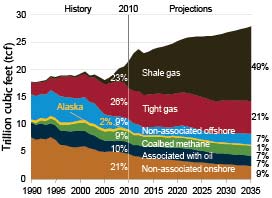 Plant maintenance is another area seeing important shifts. Line cleaning via blows with natural gas, long a standard practice, is increasingly disfavored after several deadly accidents in recent years. Another article reviews the recent shift toward cleaning with nitrogen.

On the design side, we look at a little-discussed but increasingly important use of combined cycle gas turbine plants: burning blast furnace gases from steel mills. Though it has been around a while, this approach holds great promise for reducing steel plant emissions.

If you work in this field, or care about it, GAS POWER is your magazine. Though you may not agree with everything we publish, we want you to value reading it. If you have thoughts, comments, suggestions, or ideas for the future, send them to editor@powermag.com or via Twitter @thomas_overton.