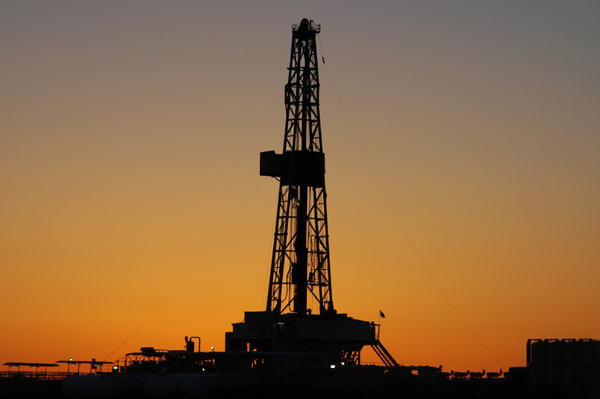 There is no hotter topic in the field of environmental and tort law and litigation than horizontal drilling and hydraulic fracturing. Though fracking holds much economic promise, it also has passionate opponents. This opposition has done an excellent job of publicizing its case, capturing the attention of the media, and creating concern in large portions of the American public.

Both state and federal governments have responded to the growth of fracking and the charges leveled against it. The past few years have seen a dizzying array of regulatory scrutiny and action, in the form of enforcement suits, reports and studies of fracking’s potential effects on the environment, proposed and promulgated regulations, moratoria, and even outright bans. Regulation of oil and gas extraction has traditionally been the province of the states, and many have tightened or enacted whole new regulatory programs. The federal government has geared up its efforts as well, and announced a variety of studies and proposed new regulatory schemes. Even local jurisdictions have gotten into the act, enacting bans (perhaps of questionable legality) on fracking or beefing up zoning rules to significantly limit the practice within their borders. New regulations seem to appear somewhere every day.

What the final regulatory regime will look like is far from decided, but the clear trend is to stricter operational requirements and more government oversight. Best management practices for drilling and extraction operations have been enacted, as have tighter environmental restrictions and permit requirements, such as including the need for response plans in the event of spills. New proposed federal rules and many new state enactments require full disclosure of all chemical constituents used in frac fluids and ban the use of diesel in such fluids. Location setbacks and limitations on where drilling can occur are being enacted or broadened, for example, not in environmentally sensitive areas, or near potable water supplies, or within some distance of occupied dwellings. Higher use and impact fees are planned, and cleanup funds supported by gas developers (much like the original federal Superfund law) have been proposed. In at least one instance, evidentiary presumptions and the legal burden of proof have been legislatively reversed, with drillers required to prove they were not the source of contamination when it occurs within a certain distance of their operations.

Given the scope of investment and development, the reactions of the regulators, the intensity of the opposition, and the attention of the media, it was inevitable that ligation would result. As of early 2012, more than 40 private suits asserting personal injury, risk of harm, and property damage from fracking operations have been filed. These cases are pending in both federal and state courts, primarily within those states where fracking has thus far seen its greatest development. They include Texas, Louisiana, and Arkansas (Barnett and Haynesville shale fields); Colorado; and Pennsylvania, New York, and West Virginia (Marcellus field).

The lawsuits vary in their particulars, but most typically allege ground and drinking water contamination, and/or release of toxic chemicals into the air, and/or earthquakes. The primary conduct being challenged includes allegations of improper well design and construction, spills of the wastewater that flows back to the surface, improper disposal of wastewater (such as into deep injection wells, causing earthquakes), and emissions of toxic substances from wells or from the variety of pumps, compressors, and other equipment used in the process.

Typical tort theories are cited, including negligence, nuisance, and the assertion that fracking is an "ultra hazardous" activity (a legal term of art meaning it is so dangerous that any damages that result must automatically be compensated). Plaintiffs have alleged personal injury, albeit sparingly, and more often, fear and increased risk of future injury. "Medical monitoring" is commonly sought. The law in many (but not all) states allows these claims: If a party can demonstrate that they were exposed to a hazardous substance through the tortious conduct of the defendant, resulting in an increased risk of injury or disease, then the defendant must pay for periodic medical examinations to facilitate early diagnosis and treatment. Loss of use or enjoyment of property through alleged contamination is another common complaint. Many suits seek orders to stop all operations and remediate all contamination. Plaintiffs often seek punitive damages. Many cases have been brought as class actions.

Probably the most common complaint alleges contamination of drinking water wells with methane. Fracking also has been accused of polluting water with any number of chemicals that are used as additives in fracking fluids, as well as with naturally occurring contaminants present in the ground and released by the process—including many metals, salts, and naturally occurring radioactive materials. Interestingly, there has been little hard evidence of contamination of private wells with any of these constituents, and regulators do not seem to be overly concerned here.

Many cases allege release of methane associated with shale gas deposits. Some studies have found that contamination of shallow drinking wells by methane released from fracked wells thousands of feet deep does occur, and commonly. These allegations often rest upon the testing and characterization of the methane as "thermogenic" (produced deep in the earth, including in shale formations), and not as "biogenic" (produced by the decay of organic material, and more commonly found on the earth’s surface and in near-surface geologic strata). Other studies have pointed out flaws in this analysis and argued that the biogenic/thermogenic distinction is too simplistic, as thermogenic gas can and has been found to occur in geologic strata much closer to the surface. This question is hotly debated, and the outcome of many cases will probably rest on its determination.

The Environmental Protection Agency (EPA) rocked the fracking community in December with a report of its investigation into groundwater contamination in a community in Wyoming close to a fracturing operation. The EPA claims this study shows the first real evidence of contamination of potable water wells with frac fluid chemicals, including some of considerable toxicity, such as benzene. A storm of criticism has been directed at the report, and not just from the gas industry. Wyoming state officials, and even the Secretary of the U.S. Department of the Interior, evidenced some skepticism.

The EPA study is said to be speculative, based on little data, internally inconsistent, and not representative of most fracking operations, in that the gas deposits in the study are significantly closer to the surface than is typical. These charges were aired in a recent congressional hearing. The EPA has defended its study but characterizes the results as preliminarily and limited to the particular circumstances of that site. It has also announced its intention to seek peer review of the results.

Earthquakes allegedly caused by fracking have also been the source of lawsuits. There have been a series of measurable tremors in a number of areas over the past few years, including a number in 2011, and in some locations where deep waste disposal wells received large quantities of fracking wastewater.

Interestingly, the wastewater being disposed of into these deep wells, and not fracking per se, is the alleged culprit. A number of cases were filed in the wake of a quake in Arkansas last spring, but the issue has received renewed and greater scrutiny after a series of recent quakes near Youngstown, Ohio, in the vicinity of a deep disposal well. The quake centered in Virginia in the summer of 2011 has added to the concern, though Virginia state officials and other geologic experts have said that the epicenter of that quake was too far removed from any fracking or disposal activity to be related.

A typical large-scale "frack" of a well can involve several million gallons of water, much of which returns to the surface and must be disposed. The causation theory is that when this wastewater is injected deep into these wells, it reduces friction and causes adjacent faults and layers to shift. When this happens, tremors can occur. Some scientists have concluded that tremors from such disposal activity are entirely possible, pointing out that other activity such as mining has caused tremors. How often, to what extent, and the likely strength of such events are highly debated issues. A number of studies are ongoing, and that debate is likely to go on for some time.

The future of fracking litigation is unclear. The current wave only started in 2009, and not enough cases have gone to judgment. Some preliminary legal battles have been fought, with some cases settled and some plaintiffs’ complaints thrown out.

As previously stated, there is no clear, accepted science showing that frac fluids can end up in much shallower drinking wells. The presence of methane in a well, or the occurrence of an earthquake, generally is not going to be in question, but the cause very much will be. Whether the amount of any chemicals allegedly released into the air is sufficient to pose a real threat to health is also debated. A number of cases are scheduled for trial in 2012 and 2013, so we may soon have some answers.

Will this be the next Y2K? Or will it more resemble the problem caused by methyl tertiary-butyl ether (MTBE), the gasoline additive that inadvertently and widely polluted water supplies and led to litigation that will likely take decades to resolve? Might fracking even be, as some have alleged, the next asbestos? Time, and perhaps a relatively short time, will tell.

Still, it is hard to imagine that this wave of litigation will cause fracking to disappear, or even be significantly curtailed. It is simply too important to future gas supply, too much money has been invested, and there is too much support for fracking across the political spectrum. Increased regulation, better science, and new technology may be the answer. Recycling of fracking wastewater now occurs, and use of that process is growing. "Natural" and less-toxic frac fluid alternatives are being developed. Use of gas instead of water as a fracking medium is also being introduced.

Any one or a combination of these potential breakthroughs could significantly reduce the principal environmental concerns with fracking and the source of the lawsuits. In the interim, litigation progresses, and decisions draw near. Stay tuned.

—Mark Fitzsimmons is a partner in the toxic tort and environmental litigation section of Steptoe & Johnson LLP in the firm’s Washington, D.C., office. His firm represents energy companies.