The U.S., which continues to lead the world in on-line geothermal energy capacity, saw a 20% jump in new power projects since January this year, a survey released by the Geothermal Energy Association (GEA) in August showed. 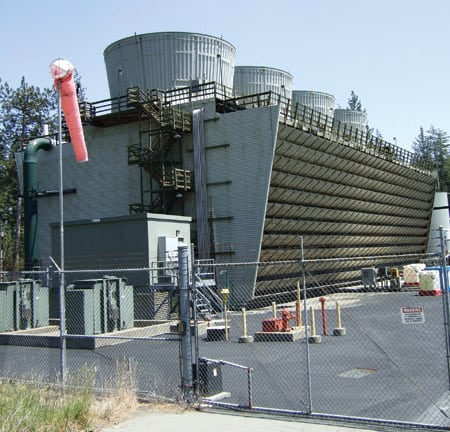 6. California power flex. California, which led U.S. states in total on-line geothermal capacity in August, is gearing up for 20 new projects with a total capacity of about 1,016.6 MW. The state is home to several spectacular plants, including The Geysers, a project consisting of 22 separate power plants that produce about 750 MW. Shown here is a Geysers plant, the 24-MW West Ford Flat, in Middletown, Calif. Courtesy: Calpine Corp.

Nevada had the most developments planned of any state: 42 projects with a total capacity of 1,082.5 MW to 1,901.5. California followed with 20 projects and total capacity of 907.6 MW to 1,016.6 MW. For the first time, Washington, Wyoming, Oregon, Florida, Colorado, and Arizona will be adding geothermal capacity to their generation portfolios with projects planned for those states.

According to the GEA, development of these new projects will provide significant economic benefits: They are expected to result in the infusion of roughly $15 billion in capital investment in the western states and create 7,000 permanent jobs.