A little more than a year after the Bush administration abruptly withdrew its support for the FutureGen project, the Department of Energy has again announced it will back the proposed Illinois gasified coal power plant and carbon capture initiative. Though the 275-MW project may be different in technical aspects — it will be initially designed for 60% carbon capture, not 90%, and gasify only Illinois Basin Coal (Figure 2) — it is still riddled with many of same funding problems. Making matters worse, it may have been revived too late: Since the DOE withdrew its support, several major carbon capture and storage (CCS) projects and alliances have sprouted in the U.S., and these could give FutureGen a run for its money. 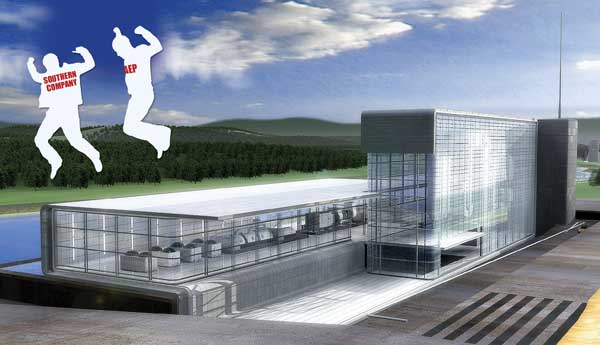 2.     One step forward, two steps back. The DOE’s conditional backing of the FutureGen project revived hopes for the Illinois gasified coal power plant and carbon capture initiative. But the project is still riddled with many of its old funding problems, which poses risks that FutureGen Alliance members are not willing to face. Barely a week after the DOE announced renewed support, American Electric Power and Southern Co. withdrew from the alliance. Both companies have said they will redirect funds to other carbon capture initiatives, like the National Carbon Capture Center, of which the DOE is also member. Source: DOE; modification: Leslie Claire

Project costs for FutureGen now stand at about $2.4 billion, with construction expected to cost between $1.7 billion and $1.9 billion. In June, the DOE pledged $1.073 billion to the project — $1 billion of which would come from American Recovery and Reinvestment Act of 2009 funds for CCS research. But it required under a "provisional agreement" with the FutureGen Industrial Alliance that the alliance expand to 20 members by year’s end and that each member contribute between $20 million and $30 million over the next four to six years. Other conditions included development of a complete funding plan and a "rapid restart" of preliminary design activities, including completion of a site-specific design and a detailed cost estimate.

Then, barely a week after the DOE’s announcement, news broke that American Electric Power (AEP) and Southern Co. — two of the FutureGen Alliance’s major members — had abruptly withdrawn their financial support, leaving the alliance with only nine members, most of whom are multinational coal companies.

AEP told POWER that its decision was based on qualms about the project’s funding. "The uncertainty about FutureGen brought by DOE’s decision last year to withdraw funding, combined with financial constraints brought by the current economic downtown, led to our difficult decision to withdraw from FutureGen," said AEP spokesperson Pat Hemlepp, in a sentiment echoed by Southern Co. Hemlepp added that AEP would direct funds to other projects, particularly to its Mountaineer plant project in West Virginia, which is expected to validate the commercial viability of chilled ammonia CCS technology when it begins operations this September.

Both Southern and AEP have also said they would focus on the newly launched National Carbon Capture Center (NCCC), of which the companies — along with the DOE, Electric Power Research Institute, and four other industry heavyweights — are members. While supporting work from scientists, government, industry, and academia, the NCCC has said it would "facilitate testing and analyses in a power plant setting, at a size large enough to provide meaningful performance data under real operating conditions, enabling scale-up of the technologies," when it is fully operational in 2010. The center is to be located partly at the Power Systems Development Facility (PSDF), a coal plant research complex south of Birmingham, Ala., that is run by the public-private consortium. Southern Co. said existing facilities at the PSDF would be modified to test precombustion CO2 capture while postcombustion CO2 capture will be tested at Plant Gaston, a coal plant adjacent to the PSDF that is operated by Southern Co. subsidiary Alabama Power.

Meanwhile, as the DOE’s regional sequestration partnerships make significant gains in their carbon sequestration tests, major projects with better initial design capture capabilities than FutureGen — such as Tenaska’s proposed $3.5 billion Trailblazer Energy Center in Sweetwater, Texas — are pushing forward. If built, that 600-MW plant could capture 85% to 90% of CO2 emissions while using supercritical steam, pulverized coal technology. The CO2 will then be provided for use in enhanced oil recovery and geologic storage.