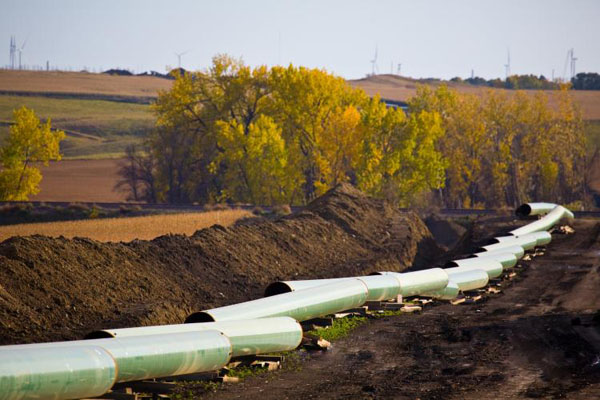 The North American Electric Reliability Corp. (NERC), in a special reliability assessment released in late May, called for a number of changes to address the increased reliance on natural gas for power generation, among them incorporating gas availability and gas supply issues into electric reliability assessments.

The report, Accommodating an Increased Dependence on Natural Gas for Electric Power. Phase II: A Vulnerability and Scenario Assessment for the North American Bulk Power System, notes that natural gas is projected to provide 50% of peak power demand by 2015, making the reliability of gas supply critical to the reliability of the bulk power system.

“Impacts of potential wide-spread common-mode failure events, such as a major failure along an interstate gas pipeline or major supply source, although rare, must be well understood to foster enhanced planning and design insights.” Though rare events, the report said, “a major failure could result in a loss of electric generating capacity that could exceed the electric reserves available to compensate for these losses.”

Concerns about increased reliance on natural gas have been growing over the past two years, since a bout of cold weather in the Southwest in February 2011 led to a cascading series of failures as generators were unable to get sufficient gas to run, and the resulting power outages hampered delivery of gas. This past winter saw a similar episode in the Northeast, as spikes in residential heating demand and supply constraints led to repeated instances of generators being unable to respond to startup orders from New England ISO. At one point, almost 6 GW of capacity was unavailable because of lack of fuel.

The Federal Energy Regulatory Commission (FERC) has been leading an industry dialogue on the subject of gas-electric coordination since last summer in the hopes of heading off further problems. FERC Commissioner Philip Moeller said in May that the situation might be even worse than it appears given the mild winters the nation has experienced the past two years. A return to more normal winter weather, Moeller said, could lead to gas supply crunches in other areas, such as the Midwest. “The Midwest isn’t that far behind New England in terms of reliability implications,” he said.

The NERC report highlights these and other vulnerabilities. The core of the problem, according to the report, is a combination of several factors:

This means, the report argues, that reliability planning must move beyond traditional assessments and consider potential disruptions in gas production and delivery.

An Array of Responses

NERC included a number of findings in the report. It begins by calling on stakeholders in both industries to implement risk-based approaches in studying the impact of greater reliance on gas. “By integrating these risks into planning studies, potential generator outages due to natural gas interruptions and curtailments can be better understood.”

“Because it typically takes three to four years to build pipeline infrastructure, solution sets that call for increased pipeline capacity must be developed as quickly as possible,” it says.

The report also notes the highly regional nature of the challenges. “Regional solutions will likely include a mix of mitigating strategies, increased gas and/or electric infrastructure, and dual or back-up fuel capability.”

NERC recommended in particular that market rules be adjusted to support higher levels of fuel certainty. “Although generators may have contractual obligations to perform,” it noted, “performance incentives, particularly in competitive wholesale electricity markets, may not be strong enough to incentivize generators to procure firm or otherwise reliable fuel supplies.” It also recommended that gas availability issues be incorporated into NERC long-term and seasonal reliability assessments.

In addition, the report calls for enhanced data sharing and communication to prevent problems in fuel supply, particularly in high-demand winter and summer periods.

Communication is most critical during periods of stress, and both gas and power sector operators need to reexamine their emergency communication protocols. “Formalized communication and coordination with the gas pipeline and supply industry during extreme events is needed.”

Communication issues alone are enough to cause problems. Moeller noted what he called a “near-miss” in the Pacific Northwest several years ago, where operators did not communicate effectively because they believed doing so would violate FERC regulations. “We need to clear that up,” he said.

Finally, the NERC report calls for increased flexibility in the system. System operators need access to “sufficient flexible resources” in order to be able to address the added uncertainty associated with natural gas, particularly resources related to interruptible pipeline service. Adding flexibility will allow operators to better respond to disruptions when they occur.

“In response to gas disruptions, electric system operators should be able to identify vulnerable capacity, determine if reserve capacity is available, dispatch the appropriate resources, implement any operating procedures, and minimize any impacts caused by fuel disruptions,” the report concludes.