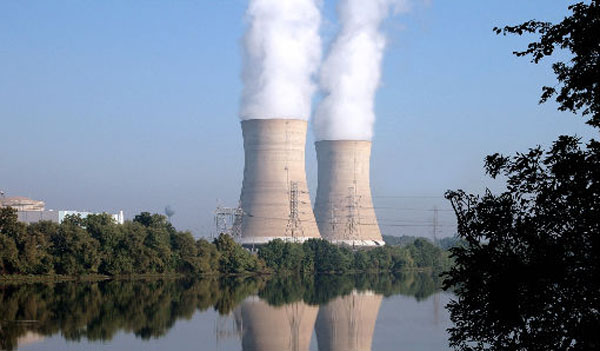 Only six months in, the U.S. nuclear fleet has had one of its worst years ever, arguably worse than 2011, with the impact of the Fukushima Daiichi disaster in Japan. Whatever damage the nuclear industry suffered in public relations that year, no U.S. reactors shut down as they did in Japan and Germany. You would need to go back to 1979 and the Three Mile Island accident to find a larger reversal of fortune.

On January 1, the U.S. nuclear fleet numbered 104 units. That has now fallen to 100, the biggest contraction ever in one year (which is, again, only half over). Granted, two of those plants, Crystal River in Florida and San Onofre in California, were on life support when the year began, and the decisions of their owners, Duke Energy and Southern California Edison, to pull their respective plugs, came as little surprise to industry observers. In both cases, the utilities concluded it made more economic sense to retire the plants rather than repair them.

The fourth shuttered reactor, the Kewaunee plant in Wisconsin, was shut down in May with 20 years left on its operating license after owner Dominion was unable to find a buyer. The announcement blamed market conditions stemming from low natural gas prices, which made the merchant plant a money loser.

And those are only the highlights (or lowlights, if you prefer). Consider what else has happened in just the past two months:

If you plug a search for “natural gas nuclear power” into Google News, you get a cavalcade of headlines like “How Fracking Killed Nuclear Power,” “Thanks to Cheap Natural Gas, America’s Nuclear Renaissance is on Hold,” “Atomic Power’s Green Light or Red Flag,” and “Nuclear Plant Shutdown to Increase California’s Reliance on Natural Gas.”

It’s not hard to see how we got here. In 2008, when the “nuclear renaissance” was in full upswing and utilities filed 12 applications for new plants with the Nuclear Regulatory Commission (NRC), the price of gas for electric power spiked up to $12/MMBtu in June. The shale boom was still over the horizon, and the U.S. Energy Information Administration projected that by 2013, gas prices for electric power would average $6 and the U.S. would be importing 2 Tcf of liquefied natural gas. On paper at least, quite bullish for nuclear.

Obviously, a lot of projections and expectations five years ago were wrong, embarrassingly so in some cases. Gas under $4 changes a lot of economics.

To be sure, most nuclear industry veterans shrug these events off as short-term concerns—not without some justification. Shale or not, gas prices have always been volatile because of the highly elastic nature of the industry. Low prices increase usage but cut production. Shrinking supplies boost prices and production, but cut usage, sending supplies back up and prices back down. And so on. Nuclear, at least in theory, is insulated from these gyrations.

Nuclear’s biggest problem, at least from the utility perspective, has been its up-front costs and construction times. The two units currently under construction at Southern Company’s Plant Vogtle in Georgia, which are being built with a degree of standardization and prefabrication unprecedented in U.S. nuclear history—all with an eye toward reducing costs and preventing overruns—will still cost upwards of $15 billion. And despite the careful planning, the project is already at least 14 months behind schedule a little more than a year after the NRC issued its construction and operating license.

The two AP1000 reactors will generate 1,117 MW each. Not too far to the south, Florida Power & Light (FPL) just flipped the switch on its 1,250-MW combined cycle plant in Cape Canaveral. Apples and oranges, perhaps, but the state-of-the-art three-unit plant, begun in 2010, cost $900 million and was finished six weeks ahead of schedule and $140 million under budget.

The net cost to FPL’s ratepayers for the plant? About 16 cents a month on average. Meanwhile, because of favorable treatment under Georgia law for nuclear construction, Southern is recovering costs, and profits, from its ratepayers for Vogtle well before it’s finished. Florida had a similar law on the books until last month, when the Florida legislature voted to scale it back after FPL and Duke collected hundreds of millions of dollars in advance costs for reactors neither has committed to build. In addition to the 16 cents FPL ratepayers will be paying for Cape Canaveral, the Florida Public Service Commission agreed to an $1.87-a-month increase last year to pay for FPL’s various nuclear plans, which, unlike Cape Canaveral, have yet to generate any electricity.

It’s no real surprise that both Vogtle and the two units under construction at the V.C. Summer plant in South Carolina are being built in regulated markets under advance-cost-recovery schemes. The rationale for these laws is that investors won’t commit to supporting nuclear construction without such guarantees. It should go without saying, for POWER readers at least, that gas plants have needed no such support recently. Bidding in capacity auctions these days is overwhelmingly dominated by gas-fired projects. Some indication of the fate of nuclear power in competitive markets can be drawn from Dominion’s decision to give up on Kewaunee—a somewhat old (it came online in 1974) but hardly decrepit plant.

Not So Black and White

Still, there’s a counterargument to be made here that nuclear operates in its own regulatory universe. A utility looking to build a nuclear plant must jump through far more hoops than it would need to for a gas plant, and must face down far more public attention and controversy. It’s worth asking what Vogtle might cost were it built and operated under the same regulatory scheme as Cape Canaveral. From a purely engineering perspective, it’s hard to see why the same capacity at Vogtle needs to cost eight times as much to build. Mechanically at least, a nuclear reactor is a substantially simpler beast than a large-frame gas turbine.

As a nuclear industry veteran myself, I can testify that a lot of the regulations that bog down nuclear plants are the result of government attempts to mollify largely irrational public fears about radiation and nuclear energy. Is all this red tape and expense really necessary?

Maybe, maybe not. If it’s radiation one is concerned with, there’s solid data that public fears about it are badly overblown. The most reliable long-term research on the subject has been conducted by the Radiation Effects Research Foundation (RERF), which has continuously tracked the survivors of the atomic bombings in Japan to monitor possible health effects. In the nearly 100,000 people RERF has followed over the past 60-plus years, it’s been able to attribute a mere 853 cases of cancer to the bombs. To put that sub-1% figure in perspective, about one person in three will develop some sort of cancer in their lifetime.

My colleague Ken Maize recently published a book on the sorry history of nuclear energy in the U.S., Too Dumb to Meter. Ken’s central thesis is that the nuclear industry allowed itself to be seduced into building a massive, hugely expensive, government-controlled, government-subsidized power sector that made no economic sense and never had to, largely because it was never given the chance to compete on its own merits. Big Government and Big Science have led the industry to the conundrum it currently faces.

If there’s a way forward for nuclear, it’s not pining for the days of $12 gas. After all, nuclear is still cheaper on a MWh basis even with gas at $4. The industry needs to find a way to build simpler, far more standardized and less-expensive plants that can be completed on time and under budget, like Cape Canaveral. Among other challenges, that may mean broaching the surely heretical idea of some form of deregulation that would hack through the current Gordian knot of red tape.

Post-Fukushima, that may be too much to ask. But it may be the only way.