"I think the biggest, most seismic change is going to come from mandatory reliability rules."—FERC Commissioner Nora Brownell

The Energy Policy Act of 2005 (EPAct) created a new regulatory entity—called the Electric Reliability Organization (ERO)—and made it responsible for defining and regulating the overall U.S. electricity transmission grid. As for oversight, EPAct states that "The [Federal Energy Regulatory] Commission shall have jurisdiction, within the U.S., over the ERO, any regional entities, and all users, owners and operators of the bulk-power system . . . for purposes of approving reliability standards . . . and enforcing compliance."

The key responsibility of the ERO is to set reliability standards for the national grid that will be mandatory, enforceable, and applicable to all "users of the bulk electric system." Entities that fail to comply with the standards and associated measures will incur monetary penalties and other possible sanctions. Because ignorance of the law is no excuse, here’s a short course on transmission reliability that should help keep you out of hot water.

Established in June 1968—31 months after a widespread blackout left 30 million residents of eight northeast states and Ontario without power for as long as 13 hours—the North American Electric Reliability Council (NERC):

NERC is a self-regulating organization that relies on the diversity and collective expertise of members of the electric power industry. It has worked over the years with a small staff and legions of volunteers to draft voluntary policies addressing reliability concerns and to develop new measures to keep up with the ever-increasing power needs of North America. Constantly refined and expanded over the years, NERC’s procedures and standards have served the continent’s bulk power system well, but they were voluntary requirements. Peer pressure and public notice of violations were considered sufficient incentives to ensure reasonable compliance. 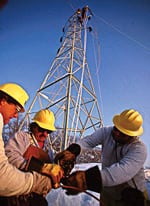 Clearly, the drafters of EPAct and the legislators who voted for it felt that voluntary compliance was no longer acceptable. As a result, reliability standards and associated measures developed under the auspices of the ERO soon will carry the weight and penalty of federal law.

In 2003, NERC took the historic step of becoming a standards-setting organization accredited by the American National Standards Institute (ANSI). ANSI’s requirements ensure that NERC standards are developed in a fair, open, balanced, and inclusive manner; that all industry stakeholders are afforded the opportunity to participate in the process; and that all comments for and against proposed new standards and their provisions are responded to in a public forum by the people who have drafted them.

NERC’s current operating policies and planning standards were put through this process. Now, new standards are being developed to address new concerns that have emerged in recent years. Two that bear directly on issues related to the blackout of August 14, 2003, are the Cyber Security Standard and the System Personnel Training Standard. As required by the ANSI process, each phase of development—from the initial Standard Authorization Request to posting of the standard’s language and the request for comments and balloting—is transparent. Anyone interested in the details can visit https://standards.nerc.net/.

NERC was named the first ERO on July 20, 2006 (see box). It has the infrastructure in place to fulfill the responsibilities of an ERO, and it has been aligning its operations to prepare for its new duties for many months. EPAct defined the ERO’s corporate structure, governance, bylaws, and procedures in great detail. It also clearly delineated the authorities and responsibilities of the ERO; NERC’s eight regional reliability councils; and the bulk power system owners, operators, and users that fall under the ERO’s jurisdiction. 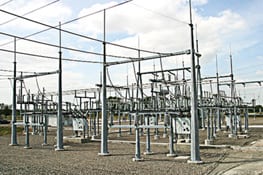 NERC’s assumption of the duties of the ERO is a big step forward for all stakeholders in the electric power industry. Although NERC’s standards-setting process always has been fairly open, smaller users of the bulk power system—cooperatives, municipal utilities, power marketers, and independent power producers—often lacked the resources to devote to the numerous subcommittees, working groups, and task forces charged with evaluating and developing reliability requirements. As a result, the concerns of commercial stakeholders and other minority interests, who often saw business agendas embedded in the standards, were routinely ignored. That paradigm of exclusivity has been rectified to a large extent by the open process now mandated by NERC and ANSI, and by the addition of Federal Energy Regulatory Commission (FERC) oversight.

Now, any stakeholder of any size can participate fully in the process via the Internet without having to incur large travel expenses or drain its resources. For example, any person interested in helping to develop a proposed standard authorized by the ERO can nominate himself or herself—or anyone else—to serve on the team drafting it. Members of the drafting team are selected by NERC’s Standards Committee with the intent of making the team representative of diverse regional and stakeholder interests.

According to a FERC spokesperson, "As we explained in Order No. 672 [Order No. 672-A Order On Rehearing, RM05-30-001], the Commission believes it is appropriate to consider the issue of scope about which [stakeholders express] concern in the context of specific proposed Reliability Standards." Until FERC says otherwise, it is safe to assume that any entity involved in any aspect of electric generation, transmission, market operations, or load-serving functions will fall into the category of "user."

Every reliability standard developed by the ERO must be submitted to FERC for approval. To be approved, a standard must be deemed fair, not unduly discriminatory, and not expected to have adverse effects on market conditions or particular market segments. Significantly, the approval process itself will provide additional avenues for input by stakeholders. This new step by the Commission will help eliminate the potential for discrimination abided by the former process. However, to make the process work, stakeholders must engage in it, be aware of what is being proposed and developed, and voice their concerns and coordinate expressing them with other like-minded participants.

The Federal Regulatory Energy Commission (FERC) approved the North American Electric Reliability Council’s (NERC) application to become the Electric Reliability Organization (ERO) for the U.S. on July 20, 2006. As the ERO, NERC will have the legal authority to enforce compliance with mandatory reliability standards by all owners, operators, and users of the bulk power system. It also will be subject to audit by FERC and its Canadian counterparts.

NERC is working to gain similar recognition by government authorities in Canada (including the 10 provinces and the National Energy Board) before the end of this year. It also will seek recognition in Mexico once the necessary legislation is adopted there.

"We appreciate the faith and trust that the U.S. Congress, Federal Energy Regulatory Commission, and governmental authorities in Canada have in [us]," said NERC Chairman Richard Drouin. "Our mission—to improve the reliability and security of the bulk power system in the U.S. and Canada—will not change, but our ability to achieve that mission will increase greatly with the new authority to enforce compliance with industry reliability standards," he said.

"Approving NERC as the electric reliability organization is the culmination of several years’ preparation, dedication, and cooperation among [members of] the bulk power industry and federal, state, and provincial governments. Now it’s up to all of us to make it work," added Rick Sergel, NERC’s president and CEO.

FERC’s approval included a number of conditions NERC must meet in the next few months. "We have not had the opportunity to examine the details of the Commission’s order, but we have successfully dealt with every issue that has arisen so far," said Sergel. "I’m confident that NERC will be able to address these remaining issues in a satisfactory manner."

The reliability standards to be developed by the ERO will be monitored and enforced by NERC’s eight regional reliability councils. This delegation of enforcement—first from FERC to the ERO and then from the ERO to the regional councils—will create additional risks and engagement opportunities for stakeholders. 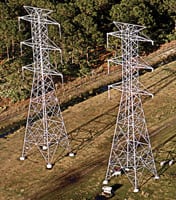 Naturally, the councils will continue to be dominated by the same investor-owned utilities that send scores of representatives to regional and national standards-development meetings. However, the new oversight of the process by both the ERO and FERC should reduce instances of discrimination. For example, the Regional Entity Agreement that was part of NERC’s application to become the ERO called for both uniform dispute resolution requirements and a baseline measure of independent governance of the regional councils. To take advantage of these new engagement opportunities, stakeholders will again need to carefully assess their personnel resources with an eye toward expressing their opinions and concerns as early as possible.

Under one scenario, the ERO’s reliability standards will become mandatory and enforceable as of January 2007. Between January and June of next year, compliance will be monitored and notices will be sent to noncompliant entities without the accompanying financial penalties or other mitigation measures that could be taken. Starting in July 2007, sanctions will be possible. Financial sanctions will run between $1,000 and $100,000 per incident, with a maximum fine of $1,000,000 per day for extreme violations.

Each standard will be assigned a risk factor (high, medium, or low) that reflects the potential of a violation contributing to a cascading outage event or system instability. NERC is developing a matrix—which itself will become a reliability standard—that will define how risk factors are assigned to standards. 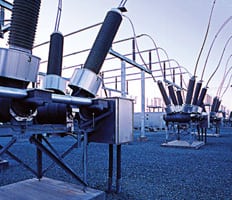 The bureaucracy under which mandatory reliability standards will be developed by the ERO, overseen by FERC, and implemented by NERC’s regional councils is a new and complicated machine we will all have to learn to operate. It has many more switches, controls, meters, and data ports than we are accustomed to.

The stakeholders likely to benefit most from the new ERO regime will be entities that keep track of new reliability standards being developed, participate in the process, and prepare to comply with the standards as they become effective. Sitting back and waiting to see what pops out of the process and then trying to catch up and deal with it will no longer be a smart business strategy.