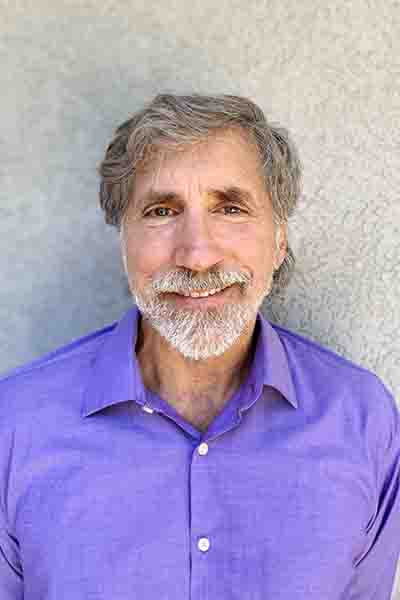 Compact (H-type) vertical-axis wind turbines (VAWTs) are not as familiar as their horizontal-axis, propeller-type cousins. The two have their origins in the windmills of the 12th century, and even earlier, but the former has lacked financing, and research and development resources that have been poured into the latter to produce some of the lowest-cost energy on the planet.

And yet, some companies have not abandoned the idea of designing a turbine to capture the turbulent winds in the understories of wind farms (under 100 feet). In places like California, where near-ground wind turbines can realize capacity factors of 30% to 40%, or more, innovation is born.

Having created such a turbine—Wind Harvester v3.0—with a technology readiness level (TRL) of 6, I know that this is a rare but nonetheless real feat for renewable energy technologies. In the process of doing this, we have accomplished a first for a vertical-axis wind turbine: the validation of aeroelastic computer models with data from a full-scale prototype. This milestone is important because it represents the development of a wind turbine that can operate for 20 years or more in the turbulent conditions that are common near ground.

We are now on track to complete a pilot project (TRL 7) and certification (TRL 8) at the Nordic Folkecenter for Renewable Energy in Denmark by 2021, in large part because of our breakthroughs in computer modeling. In the next 12 months, we expect our wind turbines to enter TRL 9, the last step in the commercialization process, and complete the documentation needed for sales and product warranties.

Starting in 1981, Sandia National Labs produced an important body of work on prototypes of vertical-axis wind turbines (Figure 1), including the Nastran-based frequency response (FR) code. Dr. David Malcolm helped with the development of that code while he was at Indal Technologies Inc. He applied Sandia’s code to Indal’s Darrieus-type VAWT, and compared (with some success) the results to field data. He then developed an equivalent PC-based code (the “Eole suite”), which did not require a mainframe computer and expensive licensing fees.

From this type of work came the foundational computer modeling and international certification (IEC 61400) requirements needed for both horizontal and vertical wind turbine technologies to succeed. Wind Harvest’s version of this code builds on this foundation, along with Dr. Malcolm’s experience and leadership as our senior engineer. (The second validation of our code comes from data involving our v3.0 wind turbine. This information is critical to our confidence that “fatigue life” modeling accurately predicts that our wind turbines can last 40 years or more in the understories of wind farms.)

The wind turbines described above represent years of expertise, in terms of design and engineering, in addition to computer modeling and field-tested results from prototypes of compact, vertical-axis turbines installed in California, Finland, and Denmark. Many key mechanical components featured in our cantilevered Wind Harvester turbines were born from these earlier prototypes, which were designed, built, and tested in California. Collectively, these prototypes operated for more than 50,000 hours, with the majority of early turbines installed in the intense wind conditions found in California’s San Gorgonio Pass.

2010–2014 Changes. In 2011, computer modeling funded by the California Energy Commission and completed by Iopara Inc. showed that we could use lower-solidity rotors in H-type turbines—and still create the coupled vortex effect. In 2013–2014, Wind Harvester v1.0 and v2.0 prototypes were field-tested in Finland. This testing proved that a design using only three aligned blades would not produce a torque ripple or create inherent frequency response problems.

In 2015, Antonio Ojeda and Dr. Malcolm completed the modeling of v3.0 and the redesign of v3.1 (Figure 2). Until this full-scale H-type iteration was field-tested in Denmark in 2015–2016, all previous prototypes had external support structures to hold the bearing in place at the top of the rotor mast, either with guy-wires or with arms to aerodynamically shaped stators. Changing to a cantilevered design required a significant increase in the size and length of the drive shaft—and the bearings’ sophistication and strength—and a solid understanding of the dynamic rotor’s harmonic resonance (frequency response).

Aeroelastic models now predict fatigue, harmonic frequencies, structural integrity, and the aerodynamics of these turbines. Computer modeling also reveals how well the coupled vortex effect compensates for the problem of drag from vertically aligned turbines. The models confirm that the very close placement of H-type turbines (with blades passing each other by less than 1-meter distance) can produce a lot more energy than when the blades are placed farther apart (Figure 3).

Adding to the logic of developing the understory is research by several professors, including Dr. John Dabiri of Caltech and Dr. Marius Paraschivoiu of Concordia University. Their studies show that pairs of closely spaced, compact H-type turbines can cause fast-moving, higher-altitude winds to flow downward and nearer to the ground. The energy in the wind is the cube of the wind speed, so even small increases in speed through tall turbine rotors create a marked rise in energy output. The result is more energy and greater efficiency.

—Kevin Wolf is a co-founder and president of Wind Harvest International.