One of the highlights of this year’s Power Plant Awards Banquet, held the night before the kickoff of the ELECTRIC POWER 2007 Conference ‘ Exhibition, was the presentation of the Powder River Basin Coal Users’ Group (PRBCUG) 2006 Plant of the Year award to staff members of Westar’s Lawrence Energy Center (Figure 1) 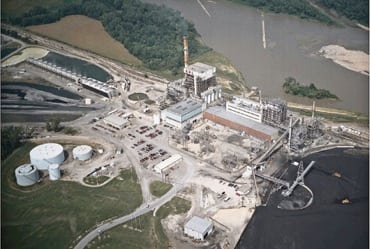 1. Cream of the crop. The PRBCUG named Lawrence Energy Center its 2006 Plant of the Year at the ELECTRIC POWER 2007 Conference ‘ Exhibition. Courtesy: Westar Energy

The award was presented by Charles Kitchens, outgoing PRBCUG chairman, to John Bridson, plant manager (Figure 2). Following the presentation, Rocky Bleier, a key member of the four-time Super Bowl champion Pittsburgh Steeler teams of the late 1970s and early 1980s, regaled the audience with football stories and explained how hard work and teamwork can overcome obstacles in the business world as well. 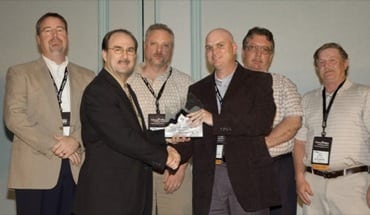 Burning PRB fuel can be just as hazardous as lining up opposite Mean Joe Greene or Jack Lambert if the right protective measures and rigorous training routines aren’t followed. Running a power plant isn’t supposed to be a contact sport, but it occasionally is, which makes safety paramount.

According to the PRBCUG’s selection committee, Lawrence Energy Center (LEC) was honored for its relentless focus on workplace safety during the recently completed, eight-year project to fuel-switch to PRB coal. This past February, the project passed the 1 million man-hours milestone without a lost-time accident (Figure 3). That’s a very long time for a plant with a staff of only 117. 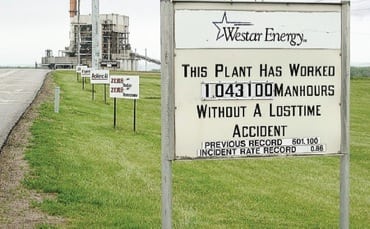 LEC has three pulverized coal–fired units and a total generating capacity of 600 MW. Units 1 and 2, built in the late 1930s, have been retired. Unit 3, built in 1955, is powered by a Combustion Engineering (CE) boiler and a 60-MW GE turbine-generator. Units 4 and 5—each built in 1960 and rated at 130 MW and 410 MW, respectively—also have a CE boiler, but their electrons flow from a Westinghouse steam turbine-generator.

Planning for the switch to PRB coal began in 1998 with an in-depth review of LEC’s systems and operating procedures to identify the fundamental changes that would be required. This was not to be a business-as-usual project, and the plant staff embraced the challenges.

The staff learned quickly that a conversion to PRB coal affects most plant systems and operations. For example:

The first step the Kansas plant took was to almost double the throughput of its fuel-handling system, from 450 tons/hr to 800 tons/hr, to compensate for PRB coal’s lower Btu content. Achieving this increase required replacing the conveyor serving the plant (Figure 4), the plant’s coal crusher (Figure 5), and its tripper (Figure 6), as well as upgrading the conveyor controls in the plant distributed control system (Figure 7). 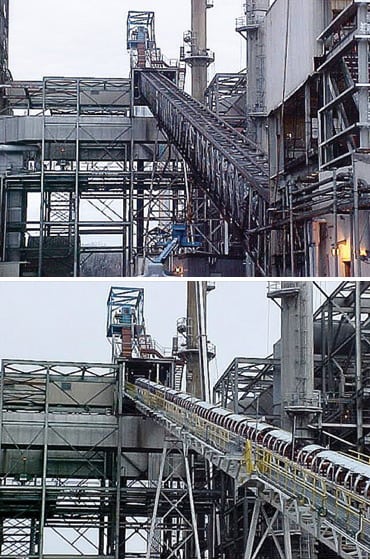 4. Double your pleasure. Unit 5’s original, 450-ton/hr conveyor (top) was too small to handle the increased flow of PRB coal, and its structure was in poor condition. Also note that it was enclosed, with no dust control. The new, 800-ton/hr conveyor (bottom) has an open structure (making it easier to clean) and a grated decking (so coal fines can’t accumulate). Courtesy: Westar Energy 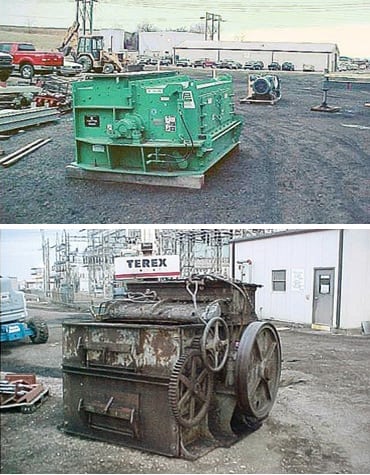 5. Smashing success. The higher-throughput conveyor needed a coal crusher of similar capacity to feed it. The old crusher (top), rated at 450 tons/hr, was replaced by a new, larger unit rated at 800 tons/hr. Courtesy: Westar Energy 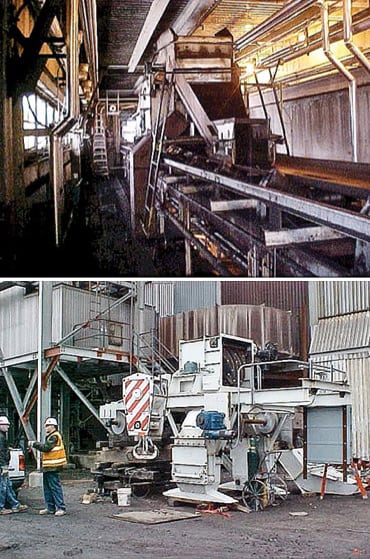 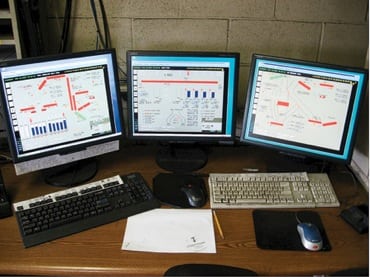 The conveyor belt system beyond the boiler islands required many modifications as well. All transfer points were upgraded to an engineered "hood and spoon" design to minimize dusting—anathema for any PRB coal-burning plant with good housekeeping practices (Figure 8). 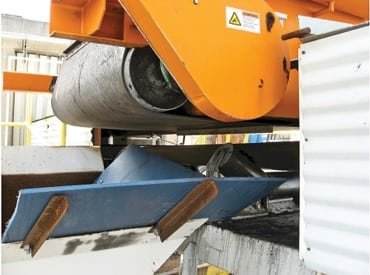 8. Dust buster. A self-cleaning belt magnet was installed on each of the two belts that feed the crusher and on the one behind the crusher as well. Courtesy: Westar Energy

As part of the fuel-handling system upgrade, LEC implemented the following procedures to minimize dust and the potential for a fire:

The next issue that had to be addressed was the increased volatility of PRB coal. Conveyor and fire detection systems were upgraded in several ways in different places. For example, a washdown system with F500 injection was installed to serve the coal bunker of each of the facility’s three units.

The existing coal bunkers also were modified to eliminate any ledges or sharp corners where coal dust could build up and hide out—a major safety issue for PRB coal. Heaters were installed to enable the washdown system to be operated in freezing weather. CO monitors were installed in the top of the bunkers for early fire detection. A new bunker room dust collector, with an F500 injection point, also was bought and deployed.

The switch to PRB coal also meant that LEC’s coal pile had to be made bigger. A radial stacker was put in to give the pile more storage capacity (Figure 9). A railroad track extension was another improvement. 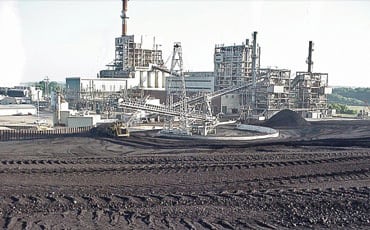 Heat detectors were installed at all transfer points to spot fires early. Protectowire (www.protectowire.com) was installed above all conveyors to detect hot spots on them (Figure 10). Conduit and electrical upgrades included the installation of new seals and equipment to minimize the potential of arcs that could spark a fire. As an added safety measure, the emergency phones installed at all underground locations were upgraded to explosion-proof models. 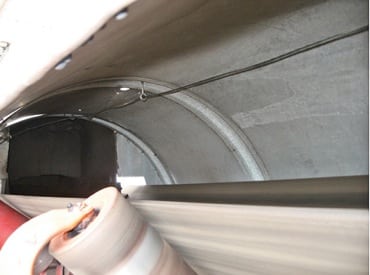 As mentioned, PRB coal’s high ash content makes boilers that burn it prone to slagging and fouling. On the boiler islands of Units 3 and 4, water cannons and additional sootblowers and sootblowing air compressors were installed to improve operators’ ability to keep heat transfer surfaces clean.

Because Unit 5 is larger, more time and money were spent optimizing its performance on the new fuel. Among the retrofits made to it were:

All three units were upgraded with an economizer drag chain that removes any additional ash cleaned from the tubes that collects in the economizer’s ash hoppers. They also were outfitted with loose-fill rotary air heater baskets (to reduce the pressure drops caused by increased fouling) and acoustic horns (within the electrostatic precipitator, to reduce its internal ash loading).

Kudos to the Lawrence Energy Center for being named the 2006 PRBCUG Plant of the Year. LEC’s PRB conversion project began in 1999, so the award actually recognizes eight years of hard work by the plant staff and a major capital investment by Westar Energy. The staff’s relentless drive to improve operations without compromising workplace safety made the judges’ job easy. Congratulations from POWER for a job well done.