Lawrence Energy Center (LEC) proudly hosted about 60 representatives of the Powder River Basin Coal Users’ Group (PRBCUG) at its July 24th open house, luncheon, and plant tour. LEC was named the PRBCUG’s 2007 Plant of the Year at this year’s ELECTRIC POWER Conference and Exhibition in Chicago, May 1 – 3. Traditionally, the winning plant hosts an open house soon afterward so the coal-burning community can see why it was chosen.

John Bridson, Lawrence Energy Center’s executive director, kicked off the open house with an overview of his plant’s operations and best practices (Figure 1). "LEC has a long history of being an industry leader in pollution control," he said. "We’re pleased to be recognized for our innovations in safe PRB coal – handling as well." 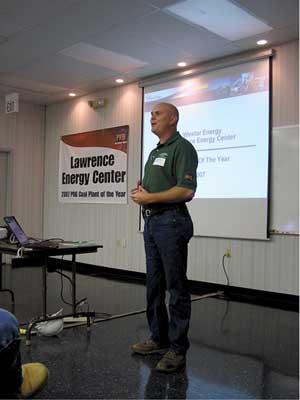 According to the PRBCUG’s Plant of the Year selection committee, LEC was honored for its relentless focus on workplace safety during the recently completed, eight-year conversion to PRB coal (Figure 2). Racking up more than 1 million man-hours without a lost-time accident is a major accomplishment for a 600-MW plant with a staff of 117, the committee noted in its nomination. No OSHA-recordable incidents have occurred so far this year, and LEC’s incident rate last year was 1.74. 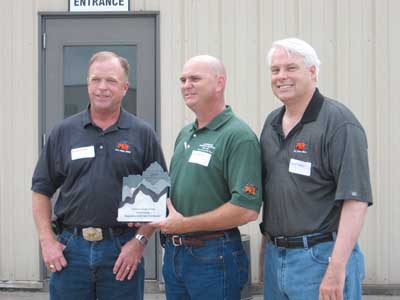 Much of Bridson’s preluncheon talk emphasized the key role that safety plays at LEC. "Our employees take safety to heart," he said, "by living up to our motto, ‘Zero Today, Zero Tomorrow: Believe It, Expect It, Live it.’ We don’t have accidents here. We’ve gone 1,089,000 hours without a lost-time accident."

Bridson said many attendees at the ELECTRIC POWER Awards Banquet approached him after his presentation and asked, "How do Westar employees work so safely?"

"Since then, I’ve put a lot of thought into the answer," he explained. Bridson then shared with visitors what he considers the major contributors to safety, not just at LEC, but across Westar Energy’s generating fleet:

In his presentation, Bridson put Lawrence Energy Center’s PRB conversion challenges in context by reviewing the modifications and costs of upgrading each of the plant’s three units. Then he invited Blake Nelson, LEC’s supervisor of fuel crews, and Greg Patterson, maintenance planner, to share some of the more-technical lessons that Westar learned on the project.

Nelson and Patterson detailed various equipment upgrades, such as the replacement of conveyors and a crusher to boost throughput and the upgrading of electrical circuits and systems used to detect and suppress fires. The project’s total cost was $22.4 million, they said. A big return on that investment, the two engineers explained, has been safety-related: With changes in practices, employees now have more time to clean and maintain coal-handling equipment — a crucial ingredient in any effective recipe for PRB coal use.

Following a long and lively Q&A session, Bridson concluded his part of the preluncheon agenda by thanking Doug Sterbenz, Westar Energy’s executive vice president and chief operating officer, and Ken Johnson, vice president for generation, for their leadership and commitment to excellence in safety. Bob Taylor, director of the PRB Coal Users’ Group, wrapped up the proceedings by congratulating LEC for "doing things right and sharing with all of us."

Guests then organized themselves into groups of 10 to view areas of the plant they had just heard about (Figures 2 to 5). Following the tours, lunch was served. Guests were welcomed to stay for more individualized tours and additional questions and answers. 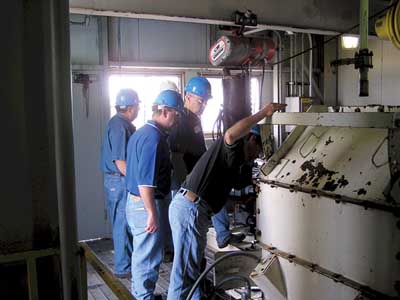 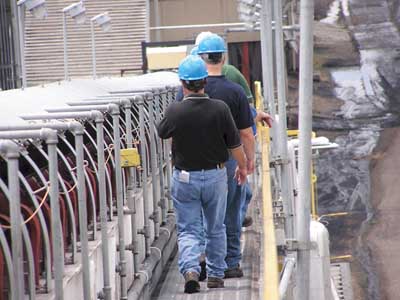 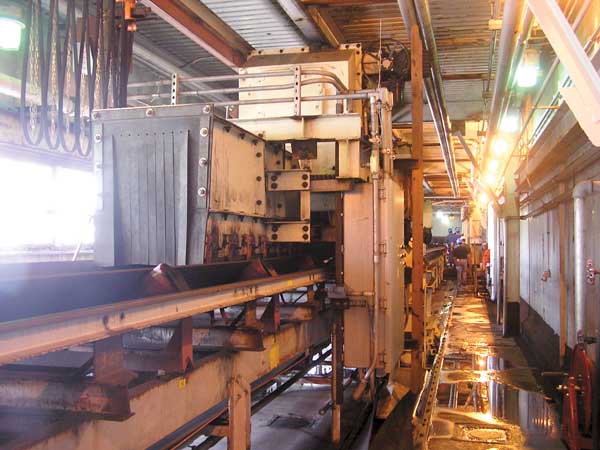 5. One of the safety upgrades at LEC took the form of this remote-contolled tripper. Courtesy: Westar Energy