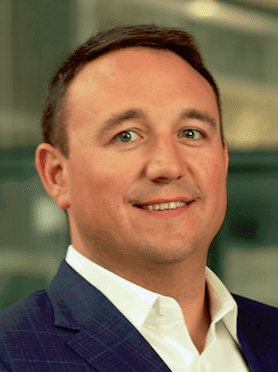 Clean firm power, which refers to carbon capture and storage (CCS)-enabled, baseload, dispatchable electricity, is critical to achieving emission reduction goals and meeting energy demands affordably and reliably. New plant designs and retrofitting of existing power plants should be advanced rapidly, while at the same time building jobs and wealth creation across many parts of the U.S.

Driving this into high gear is bipartisan political support, and impetus with federal policies in place, to encourage this sub-industry, such as the Infrastructure Bill and the Clean Energy Standard (CES).

A critical requirement to achieving our emission reduction goals is to price carbon dioxide (CO2) emissions so that any and all solutions to reduce emissions can compete on a level playing field.  Therefore, incentives for wind, solar, battery builds-outs, along with renewable diesel and biofuels, ought to be reset to $/ton of avoided CO2.

Many renewable-only visions to replacing hydrocarbons rely on the assumption that intermittent generation will continue to be aggressively built out at ever decreasing costs, that energy storage will grow massively in size (also at ever-decreasing costs), that new energy vectors (like green hydrogen production with electrolysis) will be available for industrial applications at affordable prices, and that biofuel production will continue to grow, regardless of weather or land use.

The reality is that hydrocarbons are necessary to mine, process, grow, and harvest the materials contained in renewables, batteries, and biofuels. To achieve the growth rates proposed by renewables-only proponents, vast quantities of copper, nickel, aluminum, cobalt, ammonium, nitrogen, and land will be required. What if these essential minerals and inputs are not available in sufficient quantity or only available at astronomically higher prices?

As Vaclav Smil notes in “Grand Transitions: How the Modern World was Made,” “recent advances in generating electricity from renewable sources, mostly by wind turbines and PV [photovoltaic] (PV) cells; relatively rapid adoption of electric vehicles in some countries; and the announcement of bold national plans for rapid transitions away from fossil fuels have raised many unrealistic expectations about the pace of future decarbonization.”

Vaclav further notes that “today’s nearly 8 billion people turn out products and services whose annual value surpasses US$100 trillion; this global economic system consumes primary commercial energy at the rate of about 18 TW (with 85% of the total coming from fossil fuels); its population consumes about 2.6 Gt [billions of tons] of grain and about 300 Mt [megatonne] of meat, as well as some 60 Gt of building materials, metals, and synthetics.”

The March 24 article, “Clean Firm Power is the Key to California’s Carbon-Free Energy Future” in Issues in Science and Technology, pounds the table on the materials and land requirements of eliminating hydrocarbons in California with some astute observations:

Power production enabled with CCS allows us to do away with the overbuild of the solar, wind, and batteries’ complex. Attempting to overcome intermittency with a brute-force, overbuild approach is truly staggering.

Jeff Brown, director of Energy Economics at the University of Wyoming, points out in “The Role of Natural Gas in De-Carbonizing the US Energy and Industrial Economy” that “Today: Decarbonized natural gas power plants with carbon capture … can back up wind, solar photovoltaic (PV) and other intermittent zero-carbon electricity producers, especially to meet day-to-night and seasonal production and consumption mismatches. Thus, such decarbonized natural gas power plants can permit a swifter and deeper penetration of renewables into the power grid without loss of system reliability.”

In the recent publication, “California needs clean firm power, and so does the rest of the world,” the authors from Princeton University, Stanford University, the Environmental Defense Fund, and Energy and Environmental Economics (E3) state “extensive electrification and increased reliance on weather-dependent renewable energy sources could create new reliability challenges requiring proactive planning.”

The modeling in that publication concludes that 25 GW to 40 GW of clean firm power could eliminate the need for some 250 GW to 400 GW of additional renewable energy capacity.

Climate policies that ignore or understate the challenge and realities of intermittent generation will inevitably socialize the cost of disruption of the energy system. The Texas energy grid failure this past winter provides one stark case study of a combined failure in the hydrocarbon energy system with expected limitations in wind production. By “socializing” the cost of disruption, we mean that blackouts and brownouts require business closures; production losses and stress on populations; and ultimately a fall from grace for the policymakers that are meant to serve them.

Furthermore, nearly five billion people today have yet to benefit from the gains enjoyed by the minority of people living in the developed economies. To advance the lives of even a fraction of these five billion people to the levels of the U.S. will require 10x to 100x increases in the enabling inputs (food, energy, cement, steel) currently consumed per person.

The power sector has tremendous opportunity with CCS to not just compete, but thrive in a world where CO2 emissions are being accounted for.  For companies and organizations making net-zero commitments, purchasing zero-emission electricity, enabled by CCS, and combined heat and power, presents a compelling opportunity to seize upon now.