On October 21, a mass of basketball-sized jellyfish managed to accomplish what activists of every stripe had failed to do: Abruptly shut down Pacific Gas & Electric Corp.’s (PG&E) 1,118-MW Diablo Canyon Unit 2 reactor in San Luis Obispo County, Calif. (Figure 8). 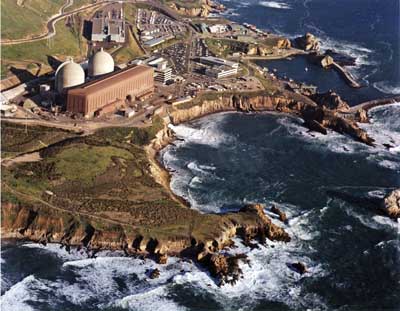 8. A slippery customer. PG&E was forced to shut down Unit 2 and down-rate Unit 1 at its Diablo Canyon nuclear power plant (shown here) in San Luis Obispo county, Calif., when a mass of jellyfish clogged the units’ water intake screens. The incident was unusual—but not unique. Courtesy: PG&E

The California utility was forced to manually trip Unit 2 and operate the 1,122-MW Unit 1 at 50% capacity as a precautionary measure when scuba divers, who were sent to investigate skyrocketing water pressure readings, discovered that hundreds of moon jellyfish had clogged the units’ water intake screens. Both units had been running at 100%, PG&E told the Nuclear Regulatory Commission (NRC). Two days later, when Unit 2 finally started to exit an outage and Unit 1 was returned to full power, PG&E revealed that, though no damage had been done, the gummy masses had covered 80% of the trash racks at Unit 2 and 40% at Unit 1. Divers had to be commissioned to clear the sticky mess off the racks.

The incident was unusual — but not unique. In 1999, enough jellyfish to fill 50 trucks were reportedly sucked in from the ocean by a cooling system of a power plant in the Philippines. Not only did the creatures shut down the plant and plunge about 40 million people into darkness, but the blackout also apparently started rumors about a coup d’état.

In 2006, a giant species of the bulbous blobs caused the water intake at a Chubu Electric Power nuclear plant in Japan to shut off automatically, forcing staff to reduce output from its two units. It was the first time that had happened, a spokesperson said, though he was aware that the jellyfish schools had plagued local fishing communities, and local governments were seeking ways to dispose of the problem.

Jellyfish influxes, though pesky, are random occurrences. Power plants with freshwater sources, on the other hand, constantly battle the dreaded zebra mussel and quagga mussel — both of which are invasive species that have proliferated rapidly throughout the eastern U.S. Since the 1980s, for example, zebra mussels have spread from where they were first found in the lower Great Lakes to all of the Great Lakes and Lake Champlain, and to large portions of the St. Lawrence, Ohio, Mississippi, Arkansas, Tennessee, Hudson, and Cumberland Rivers. A November news report even located them in Utah.

The U.S. Fish and Wildlife Service estimates the potential cost of mussel infestation in just the Great Lakes region from 2000 to 2010 will be $5 billion, and power plants will have to bear the brunt of that cost. Meanwhile, new species like the Chinese mystery snail are wreaking havoc. Not much is known about these critters, but their potential has been mapped: A few years ago, for example, Indianapolis-based Citizens Thermal Energy was forced to shut down a 1,500-foot long, 6-foot-diameter duct because the snails had invaded the pipe, formed dense colonies, and blocked water flows. What the future holds for them, and where they’ll be spotted next, only time can tell.