Concern about the shortage of skilled workers for the energy industry has grown considerably over the past few years. Most discussions have focused on the shortage of engineers, but recently concerns about the scarcity of technical crafts have arisen as well.

The current population of welders in the U.S. is approximately 200,000, and their demographic groups will be responsible for a wave of retirements over the next few years. The same demographics apply to the other skilled trades. As the welder population continues to age, and competition for human resources from other construction sectors continues to grow, we can expect to see a sharp decline in the pool of available welders. The American Welding Society predicts that by 2010 demand for skilled welders may outstrip supply.

Unfortunately, the U.S. is significantly behind in training new welders to fill the gap that will be left by retirees. One of the main reasons is the stigma that many in the U.S. have placed on the crafts. Other countries place as much emphasis on trained craft workers such as welders and electricians as they do on engineers and other professional positions. We in the U.S. need to do the same, or younger generations will continue to dismiss a career as a skilled, journeyman craft worker.

Part of the Solution

Through its subsidiary WEC Welding and Machining, Westinghouse Electric Co. has launched a welding training program to begin taking on this challenge of developing the future generation of power industry welders (Figure 1). 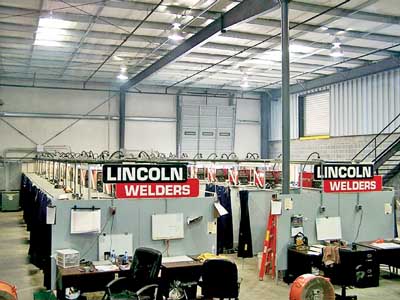 WEC Welding and Machining’s Carolina Energy Solutions affiliate started a small welding school in Rock Hill, S.C., in the early 1990s. The original intent of the school, now called WEC Welding Institute (www.wecweldinginstitute.com), was to qualify welders to place on jobs that had been contracted using a mix of seasoned welders and students.

In the beginning, it was very difficult to find students and qualified welding instructors. Recruiting for the school was done using a grassroots approach: by visiting high schools and vocational schools in the Rock Hill, S.C., and suburban Charlotte, N.C., areas and speaking with students directly. Many of the students were interested in becoming welders, but they were not willing to dedicate the time needed to become qualified welders. Once the first set of students graduated from the program and were placed in paying jobs, however, word spread that welding can be a legitimate and rewarding career. We were able to move students with an average age of 20 from jobs that were paying around $7 to $8 per hour and place them on a lucrative career path with starting pay of $18 per hour (Figure 2). 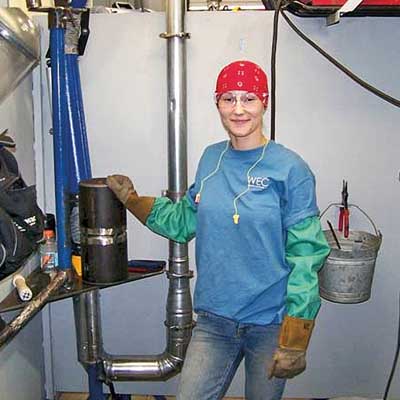 Today, word of mouth from our young graduates has helped fill our Rock Hill campus. It now has 70 manual booths and four booths for automated welding that are at full capacity. We are also building a new school in Chattanooga, Tenn., which is scheduled to open in March 2009 (Figure 3). 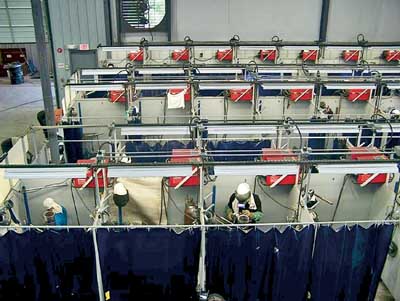 Additionally, several utilities have now signed on with us and are using a mix of seasoned welders and our graduates to work during outage seasons and to perform other power plant work. The positive response we have received to date has been overwhelming. We intend to continue forging partnerships with utilities and large contractors that will help create the future welding workforce — a workforce that is needed to help build new power plants in the U.S. and maintain those that will remain in service for years to come.

— Contributed by Jimmy B. Morgan (morganjb@westinghouse.com), president of WEC Welding and Machining, a subsidiary of Westinghouse Electric Co.