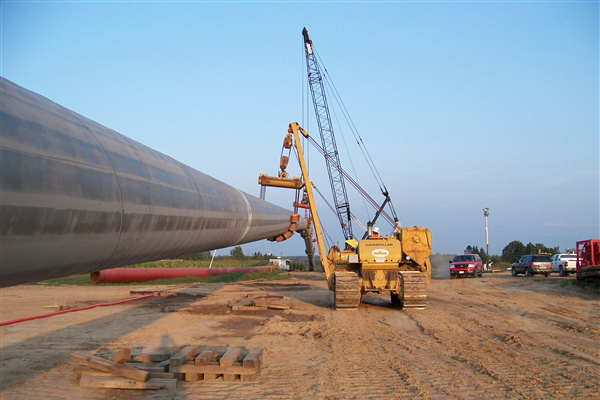 The generation of power from natural gas will be the most important growth sector for the gas industry for the foreseeable future—certainly for producers, but also for the pipelines that provide the transportation service to deliver the gas to power generators. Handling the infrastructure and service challenges that come with increased power burn is therefore a priority. This is true for the nation as a whole, but was specifically raised this year by the Midwest Independent System Operator (MISO) in the heart of coal country—where coal-to-gas switching was most significant during 2012, and where MISO faces infrastructure concerns. This article is a review of challenges that the industry must address on both the regional and national level.

Generators seeking additional capacity via existing pipelines first need to define the level of gas transportation service and the points between which capacity is required. These criteria identify the limitations and ultimately the cost of the capacity. Not all pipeline capacity is created equal. Capacity on a given pipeline system is typically stated between Point A and Point B. It cannot be generalized. For example, while the long-haul capacity between two points may be unavailable, there could be short-haul capacity available on the same segment upstream or downstream of the constraint. For example, it may not be possible to get gas to Michigan from the Gulf Coast but it might be possible if the shipper sourced the gas from northern Louisiana or from Pennsylvania—due to the configuration of the pipeline system and location of pipeline capacity constraints.

The nature of the transportation service needed can also make a big difference. Natural gas pipeline service is tiered according to priority. Primary Firm Transportation is the top priority, and is “guaranteed” to flow unless there is a force majeure situation on the pipeline. Secondary Firm flows unless it is preempted by Firm Transportation. In that case, the scheduled quantities are curtailed, or “allocated.” Interruptible service is the bottom of the priority stack, and only flows if the Primary and Secondary firm shipper schedules have been fully satisfied.

Primary Firm Transportation is the premium service, but that is often unavailable because legacy shippers, often Local Distribution Companies (LDCs), hold on tightly to this service to meet their “Obligation to Serve” mandates from Public Utility Commissions. That means that some power generators must live with Secondary Firm or Interruptible Service. In some circumstances, the lower service levels can work, as we’ll describe below.

Another option for the generator is to use capacity “released” or sold by an existing firm capacity holder that is available seasonally or for limited periods of time to other shippers. This is called Capacity Release, and it is the resale market for pipeline capacity. It is a procedure put in place 20 years ago by the Federal Energy Regulatory Commission (FERC) which gives pipeline shippers the ability to auction off all or a portion of their firm capacity for a designated period of time through a posting and bidding procedure. Think eBay for pipeline capacity.

It is also possible for the pipeline to “make” new capacity by debottlenecking the existing system, for example, by adding compression or “looping” segments of pipelines to create new capacity from A to B. When the pipeline creates this capacity it is free to sell it to new or existing shippers. Usually the capacity is sold before the first shovel of dirt is turned.

It is important for generators moving to more gas-fired facilities to understand the limitations on each pipeline system they are considering and be familiar with their transportation alternatives.

As we pointed out above, relying on existing capacity that LDCs or other shippers release or on interruptible transportation can be an effective solution. For example, this approach can work if the generator is primarily consuming gas in the summer when heating demand is low and the actual usage of firm capacity held by others is minimal. However, existing capacity releases will not work for those generators that run at high load factors and need capacity in the winter when they will compete with LDCs consuming gas for heating. Generators like these should investigate and understand the limitations and expandability of individual pipes when determining how to meet their capacity needs. Such capacity limitations can sometimes be overcome by choosing the right receipt points. When new facilities are needed, it is possible that the subsequent rate may be no different than the existing tariff if the changes required to overcome a particular constraint are minor. The constraint could be on a mainline or a lateral that serves the plant site or the LDCs system. Sections of pipeline loop, additional horsepower at compression stations or re-piping a compressor station to enable reverse flow could be all that is required.

Another alternative that is often overlooked is the use of existing contracted capacity that is not renewed or re-contracted by a shipper at the end of the contract term. As the gas world turns, rebalancing occurs, the gas flows change, competitive options are pursued and sometimes capacity becomes available. While this is only going to solve a part of the challenge of delivering additional gas, it could reduce the amount and cost of facilities that have to be built. To help prospective new shippers track the potential availability of capacity from non-renewing shippers, the FERC requires all interstate pipelines to post their transportation contracts with their shippers on their websites in a section called “Index of Customers.” The dataset incudes names, volumes, contract terms, receipt and delivery points, etc. This is publically available data, but be prepared to do some serious parsing and number crunching to make sense of the information.

Converting a coal plant that did not have gas capability to burn gas or building a new gas fired plant at an existing coal fired site increases the gas transportation challenges. Generally speaking, power plants are sited with proximity to three main components: (1) the fuel source, (2) the wires to transmit the power, and (3) water. Ideally, all three are in proximity, but sometimes a compromise is necessary to make the economics work. Siting and building high voltage transmission lines is challenging and not popular. Pipelines are also challenging, but since they are underground and out of sight, they are often more easily permitted. Rail or marine access for coal is the norm. Air permits are always a challenge and converting a coal-burning site to a natural gas burning site would usually be welcomed by regulators and environmentalists due to the lower emissions of greenhouse gases.

Since the coal-fired plant was likely originally sited at a location to receive coal shipments efficiently by barge or rail, conversion to gas might require more miles of natural gas pipeline to be built. When that is the case, some party—usually the generation company or utility—will be required to make a firm commitment for that pipeline capacity before the line is built. Usually, firm gas pipeline capacity is a requirement to secure the financing for the plant. There are many variations as to how this can be accomplished from the pipeline owning it, to a contribution in aid of construction to the pipeline (in essence a prepayment or “buy down” of the rate), to the power generator owning the lateral to the plant. It is usually a financial and permitting decision. The key point is that it doesn’t get built without a commitment.

Firm transportation service provided by the pipelines is on a 24-hour flow basis and is generally a “ratable” service, meaning steady hourly flow rates through the day with only minor variations allowed. LDCs typically use line pack (the ability of a pipeline to effectively "store" small quantities of gas on a short-term basis by increasing the operating pressure) or gas storage to handle the swings they encounter through the day. Power generators, especially those operating combustion turbines, routinely experience a higher swing or ramp up and down than an LDC and must have a means to manage that variability. Storage is the best solution and may or may not be available. It does add an additional cost to the generator. Line pack is generally insufficient to handle the swing for a power plant. Combined cycle plants operate at a higher load factor and thus are more ratable, but even those in intermediate service could be running 16 hours per day rather than at capacity. Balancing supply and demand on the pipe is necessary to avoid penalties.

These are issues critical to power generators that must be managed with the pipelines and most pipeline tariffs (the rules of the road for pipeline services) do not address them yet. The challenges include differences in nomination cycles, hourly flow requirements, and pressure reliability. The gas and power industries are not yet aligned on these points and special services need to be contracted to account for them. Structural differences between the gas and power sectors exist, and change has proven to be difficult. Both the FERC and the North American Energy Standards Board (NAESB) are actively involved in addressing coordination between the two sectors. FERC held regional conferences earlier this year and announced technical conferences on the subject. This will take time, but the appropriate discussions are underway.

Frequently, the challenges that arise in sourcing additional pipeline capacity for power generation come not from the availability of capacity but rather in contracting and cost recovery for the required transportation. Historically, some power generators have been unwilling or unable to make commitments for firm transportation of natural gas. Those that usually can make such commitments include public utilities, permitted by state utility commissions to recover transportation costs in the rates charged to customers (ratepayers) as part of the cost of fuel. Other generators, such as non-utility generators and merchant plants, may not be so fortunate. They may be bound by power sales contracts that don’t include the option for such cost adjustments, or they may be obligated to sell power into an independent system operator (ISO). When a generator sells power to an ISO, a computer model typically determines the rate of dispatch and the price received. In these scenarios, the generator is at risk that its cost of generation will not be recovered.

All of this is a big challenge for regulators at both the state and federal level. Historically, many generators have been able to operate on secondary firm and interruptible capacity. Or they have picked up capacity previously released or decontracted, effectively “riding” on primary firm capacity that was previously underwritten by others—usually the LDCs. Such generators pay for the transportation they use but have not taken on the cost and risks to secure firm new capacity. As the use of natural gas for power generation continues to grow and increasingly extend into year-round gas use, securing reliable, flexible gas supplies is becoming more complex. Both regulators and pipelines need to work together to design new policies, services and tariffs that will meet the future transportation requirements of LDCs, power generators and all other pipeline shippers.

—Bob Bookstaber is president of Bookstaber & Associates. This post originally appeared on the RBN Energy blog. Minor edits have been made for this publication.