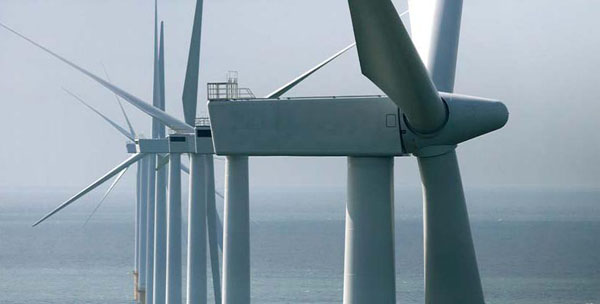 Gas plants, particularly those being installed to “follow” wind energy, may see higher-than-anticipated capacity factors. Recent reports show that wind turbine output declines more rapidly over time than participants in these projects may have banked on.

In “The Performance of Wind Farms in the United Kingdom and Denmark,” issued by the Renewable Energy Foundation, London, UK, principal investigator Gordon Hughes concludes that the normalized load factor for onshore wind farms in the UK declines from an astonishing 24% in year one, to 15% in year 10, and 11% in year 15. In Denmark, the decline is less pronounced but still significant, from 22% in year one to 18% in year 15. In addition, large wind farms have “systematically worse performance than smaller wind farms.” Offshore wind farms in Denmark exhibit the worst life cycle performance: Output declines from 40% in year one to less than 15% in years nine and 10.

The methodology used seeks to remove the impact of wind energy characteristics to illuminate operational impacts such as the loss of efficiency in converting wind energy to electricity and/or the frequency and duration of system and component breakdowns and outages.

Other information, though not necessarily from reliable sources, also suggests that wind energy capacity factors could decline by between 1% and 2% over the life of the facility. Other analyses suggest that wind farm capacity factors are declining because of deteriorated wind conditions, although wind speeds can vary enormously day to day, season to season, and year to year.

Interestingly, a report issued by Lawrence Berkeley National Laboratory for the U.S. Department of Energy in August 2011 implies a relationship between wind facilities built in lower-quality wind areas and the availability of the investment tax credit (ITC). According to “2011 Wind Technologies Market Report,”  .S. projects at the 80-m tower height resource characteristic built in 2008, on average, were in regions with 4.7% worse wind quality than projects built in 1998–1999. The same projects built in 2011 had 16.1% worse wind quality than projects built in 1998–1999. One of several reasons cited for the difference is that the ITC (or cash grant equivalent) was available between 2009 and 2012 and was not dependent on electricity production (unlike the PTC). Therefore, the unintended consequence may have been that developers were encouraged to build in lower-quality wind resource areas.

Both of these reports raise the critical issue that the heavily subsidized investment made by the tax-paying public in wind energy may not be resulting in the total amount of wind-based electricity expected from that investment. The numbers are sure to be controversial—the Renewable Energy Foundation, like many policy shops with names supportive of green energy, has an agenda driven by its members. And the analytical methods behind these kinds of numbers should always be subject to deeper scrutiny.

But the opportunity for gas-fired power plants is clear. Under today’s favorable fuel contracts, gas-fired plants will likely be the low-cost, low-emissions alternative for making up shortfalls in capacity from wind facilities, especially as electricity demand improves with the economy. System planners evaluating options should at least factor in the potential for deteriorating wind energy output in their analyses. Gas plant developers may want to shadow the offshore wind farm project developers.