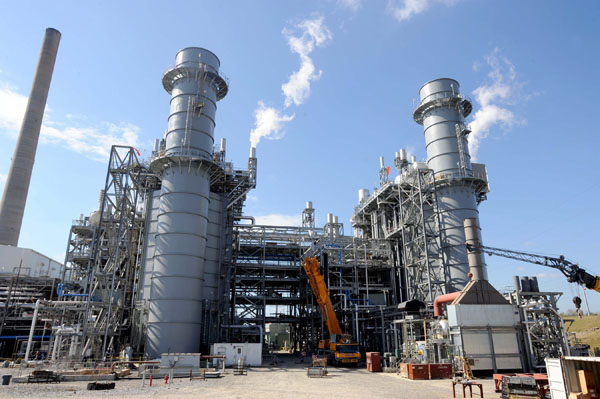 The growing reliance on natural gas for power generation in the U.S. has created potential threats to grid reliability because of the increasing interdependence of the gas and electric industries. That’s the conclusion of a report from Atlanta, Ga.–based consulting firm ScottMadden.

Released in early January, the report, “Gas-Power Interdependence: Knock-on Effects of the Dash to Gas,” begins by noting the numerous structural advantages gas has gained in recent years—surging supply, falling prices, favorable regulatory treatment, and a healthy financing environment—and how these are leading to an unprecedented reliance on gas-fired generation. Of the 10 largest generating companies in the U.S., the report notes, nine have increased gas-fired generation since 2010.

But this is a reliance the existing infrastructure may not be ready for. The authors list five potential problem areas:

The problems are particularly acute in areas with large winter heating demands. The Midwest Independent Transmission System Operator (MISO) recently determined that replacing 12 GW of retiring coal capacity with new gas plants would be enough to cause serious gas delivery problems, since the existing pipeline system simply does not have the capacity to move that much extra gas. The overload on the Northern Border Pipeline, which runs from Montana to Indiana, would be so severe that generators would be faced with insufficient capacity for almost six months out of the year.

One thing the authors argue has received insufficient attention in reliability planning is the potential for cascading failures as loss of capacity in one system causes losses in the other.

Grid reliability planning typically focuses on reserve capacity that is able to step in if a plant goes offline. But if gas pipeline capacity is already stretched, the loss of one generator could cause several gas-fired units drawing gas from the same pipeline to be called up at once, potentially causing a sudden loss of pressure across the entire system. The reduced service could result in the pipeline operator curtailing service to one or more interruptible customers—who are typically power plants—meaning the reserve capacity may not be able to meet the needed power demand.

Worse, if the pipeline relies on local electric motor–driven compressors, service interruptions could cause the compressors to lose power and thus render the pipelines unable to supply gas to the plants needed to restore electric power.

These situations are most acute on peak days, especially in the winter: High power and heating demands mean high demand on the gas supply, and any interruptions could cause cascading failures, as compressors lose power, pipelines lose pressure, and plants go offline because of a loss of supply.

Something like this happened in New England in January 2004. Extreme cold placed severe heating demand on the gas system as well as creating high demand for electricity. The load on the area pipelines reached critical levels, and several operators had to issue operational flow orders to maintain reliability. The limits on gas supply caused sudden generation outages and reduced capacity. Reserves fell into negative territory, and ISO-New England was forced to invoke emergency measures for load relief. The report notes that despite some improvements since then, the situation is still urgent, as ISO-New England’s reliance on gas-fired generation has climbed from 20% in 2000 to over 40% last year.

Interruptible Baseload and the Tension Between Different Models

As many observers have noted, traditional firm pipeline service has rarely made economic sense for a gas plant, especially those in competitive electric markets. Thus, gas plant owners have traditionally relied on cheaper interruptible service, something that worked well when demands on the gas system were not as high.

But as gas moves down the dispatch order to shoulder increasing percentage of the baseload as coal plants are retired, interruptible service is no longer as suitable, and increases the risk of reliability problems. The report notes, “In the short term, the interdependence of the two systems and the lack of reserve capacity on gas pipelines means each may not be there to serve the other when most needed. In the longer term, if gas generators are unwilling or unable to subscribe to firm capacity on gas pipelines to meet peak needs, this capacity will not be deemed necessary. Gas pipeline capacity will thus always be constrained vis-à-vis the coincident peak needs of both systems.”

Likewise, the report adds volume to the increasing voices warning about the barriers to efficient operation that are inherent in how the power and gas industries operate. Beyond the well-known tensions between the “gas day” and “electric day” are planning issues stretching over a decade or more. Gas pipelines, electric transmission, and power plants all depend on each other, but not only are there no incentives to optimize resources across all three, there are often incentives to prioritize certain elements over others. Even harmonizing the differences in planning days is complicated by the lack of a consistent “electric day” across the country and the substantial differences in commitment and dispatch between regulated and competitive markets.

What Needs to Be Done

As the report notes, this is both a national and a regional issue. While the U.S. as a whole is increasing its reliance on gas-fired power, the specific characteristics of each region—gas supply, pipeline and storage infrastructure, installed capacity, future demand, and the local geography—vary considerably.

Thus, the ISOs and RTOs need to take the lead in resolving these conflicts. In particular, there needs to be better awareness of the increasing interdependencies of gas and electricity and the risks these create for reliability.


[T]he transmission planning process should begin to factor in contingencies related to reliance on gas infrastructure. At present, the process does not consider loss of a pipeline or the impacts of interruptible contracts on a generator’s ability to respond to electrical emergencies. For planning purposes, if a generator is in the model, it is assumed to be available. In the new world, this assumption may need to be refined to account for new gas-related contingencies.


Even so, some national leadership is necessary, especially on matters where there is national regulation. One issue the report stresses is resolving the tension between fluctuating gas demand for power generation, and the traditional preference for firm contracting of pipeline capacity. On this, the authors argue, the Federal Energy Regulatory Commission (FERC) can help develop mechanisms whereby pipeline capacity can be built and paid for by voluntary participants, with further mechanisms for cost-recovery by plant owners. Likewise, FERC will need to take the lead in harmonizing differences in commitment periods and trading days. FERC has of course begun this process, though much work remains to be done.

Still, the report notes, the regional nature of the challenges means that regional solutions are most likely to succeed in a timely manner.

Attention to these issues is increasing—but only time will tell if it’s enough.