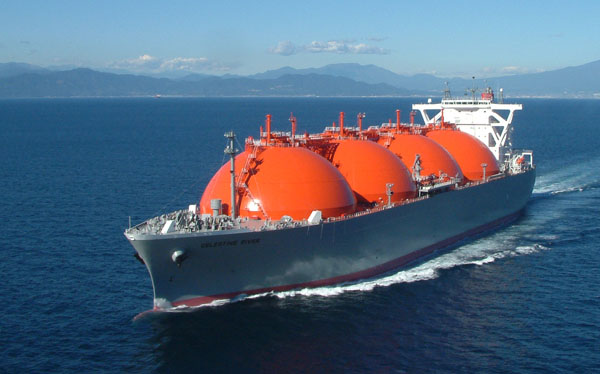 Utility executives are fond of complaining how little the average customer understands about electricity generation and transmission. This goes double for issues with political character, which in our polarized environment is most of them. Energy illiteracy is a problem in general, and it’s a growing one with natural gas. One gets weary of, for example, seeing celebrities with high school educations being treated as authorities on geology and petroleum engineering.

So when the newly created lobbying group America’s Energy Advantage (AEA)—a coalition of manufacturers and petrochemical companies formed to oppose exports of liquefied natural gas (LNG)—announced on Jan. 10 that a recent poll it had commissioned showed that 80% of registered voters opposed exports of natural gas, my first thought was that this news is about as useful as polls tracking public belief in climate change.

A poll of registered voters, as opposed to folks in general, is a fairly transparent ploy to put pressure on elected officials. And the AEA has some company in this debate. Though they haven’t officially joined forces, they’re on the same side as the Sierra Club and an array of environmental groups. They part company on why—the manufacturers fear exports will push up gas prices, while the environmentalists fear expanded drilling to support the export market—but both are hoping to secure limits on exports, if not an outright ban.

Prices Will Rise … But Probably Not Much

The power generation industry has thus far stayed on the sidelines, though a few voices have expressed concern at potential price increases.

Let’s get one thing straight at the outset: Pretty much everyone agrees LNG exports will put some upward pressure on natural gas prices. The question is how much.

The recent Department of Energy (DOE)–sponsored study estimated that even under the most dramatic export scenario, where international demand remains high, supplies remain abundant, and other factors keep domestic prices down—thus preserving the arbitrage available by exporting—gas prices would rise only $1.11/MMBtu.

Read that again so you understand it. The maximum export-induced price increase occurs when other factors are keeping the price down. The reason for this is that relatively small increases in domestic gas prices are capable of choking off exports by making them unprofitable. So if prices remain low, at worst exports will make them a bit less low. If they rise because, for example, CNG vehicles start to take off at the consumer level, exports—and any export-induced price increase—will shrink as the arbitrage disappears.

The Spigot Won’t Open Too Far

What’s really striking about the DOE study is the number of factors that can come into play to limit U.S. exports before considering any legal restrictions. Most importantly, the U.S. is not a low-cost gas producer. A number of countries in the Middle East and Africa, such as Qatar, have the ability to undercut U.S. prices should they wish to.

Far from being a free-for-all in which exporters can sell their LNG to the highest bidder, U.S. LNG exports can only exist within a sweet spot in which domestic prices, export costs, and international demand preserve their profitability. In fact, the study found that, taking the Energy Information Administration’s (EIA’s) 2011 International Energy Outlook as a reference case, there would be no LNG exports because the global market would not support them.

Much has changed since that forecast was released in Sept. 2011, and if one is to go by nothing more than the nearly 20 million metric tons per annum (mpta) of LNG for which Cheniere has signed long-term contracts for its yet-to-be-built Sabine Pass export terminal, some of the assumptions therein are probably in error.

Though one of the central results of the DOE study—that both export levels and price increases will be constrained by the limitations of the global gas market—is one shared by other independent experts who have looked at the issue, not everyone agrees with them.

In fact, the EIA released—with less fanfare—its own study on the effects of LNG exports back in January. The EIA’s calculation showed a worst-case 50% increase in gas prices above its projected reference case. But this assumed lower-than-expected shale gas recovery and rapid development of export capacity—a rather unlikely scenario. And, this was a short-term spike that moderated quickly. Nearly all of the EIA’s scenarios projected a long-term increase of only about 10% to 15% by 2035.

How does that compare to the DOE study? Well the Henry Hub spot price as of this writing is $3.30/MMBtu, about 50% and about $1.11 (the DOE worst case) above where it was last March. So it’s difficult to see this scenario as anything apocalyptic.

It’s also worth noting that the EIA’s projections specifically did not consider the global macroeconomic factors that the DOE study did, meaning that exports occurred in all of its scenarios—again, something that seems highly unlikely. The AEA’s stop-exports infographic naturally leans on the EIA study for its numbers.

The Impact on the Power Sector Will Be Minimal

The DOE study also looks specifically at what the impact would be on the electricity sector from potential price increases. The worst case is pretty modest: About a 1% maximum reduction in economic output, with a minimum of around 0.2%.

While no one wants to consider a potential contraction of their business, these numbers are pretty small when you compare them to fluctuations in the overall market over the past few years. And if the DOE study is correct, they’re liable to be mostly or completely offset by the overall boost to the economy created by the LNG export income.

This isn’t to say that LNG exports are a win-win for the power sector. It’s simply that there isn’t all that much there for the power sector to really worry about. Pending regulations on hydraulic fracturing, carbon emissions, and cooling water are likely to carry far more potential impact on profitability and reliability. The power industry has thus far focused its attentions there—and its best bet is to simply stay the course.