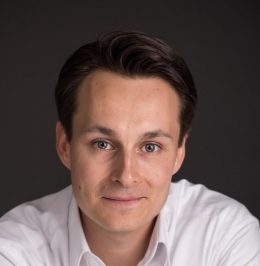 Burning fossil fuels for electricity, heat, and transportation is by far the largest contributor to greenhouse gases, according to the U.S. Environmental Protection Agency. Renewable power generation is taking off, but more than 60% of North American energy generation is still carbon-based. The percentage is even higher in other parts of the world. Optimizing the grid—humanity’s largest machine—will have a massive impact on overall carbon reduction, allow the utilization of more renewables, and help move toward a future in which the electrification of everything is possible.

With the increasing participation of electric vehicles and renewables in the energy mix, there’s a growing need within the power industry to operate the electrical grid—a highly complex system with billions of end points all influencing one another—like a piece of electronics. If individual devices, assets, and end points could have a complete understanding of how each of the other components were behaving in real-time, the grid’s reliability could be greatly enhanced and energy use would be optimized. That would save time, money, and ultimately could save the planet.

In other words, it’s now imperative that the grid network is digitalized. A foundational layer must be built that will connect all devices with one another and allow the systems controlling the grid to have a complete understanding of how assets and components are behaving. Being able to visualize and react in real-time to changing conditions is crucial, and this is why digitalization is critical. To put it simply, without digitalization, decarbonization cannot progress at scale.

Enables situational awareness—One of the keys to creating a healthy, well-run grid with a high degree of renewable and EV penetration is situational awareness. Generation and transmission systems have been monitored in real-time for decades and now, with affordable communications and sensors, it is possible to do this across and into the distribution system as well. With all the rapid developments and changes happening in the distribution system, there’s no better time to do it.

Digitalization gives operators of the grid and of the technologies managing the grid the ability to optimize in real-time where energy is being generated from, when to store excess energy in battery devices, and when to request that customers reduce their consumption. Distributed energy resource management systems (DERMS) generally manage and control a range of DER devices simultaneously, including microgrids that can be islanded from the rest of the grid. They manage the integration of renewable assets (such as rooftop/community solar and behind-the-meter batteries) into the power supply, and at scale require deep digitalization, as they must communicate simultaneously with millions of devices, energy resources, and other assets in the larger grid in order to balance supply and demand.

Situational awareness is key to reliability and resiliency efforts, and gives distribution planning engineers a leg up on future needs.

Builds new business models—Utility customers are looking at new solutions for the reliability and resiliency of their own systems. They are looking for fast turnarounds on interconnection studies for their EV fleets, and energy storage solutions for their industrial warehouse or commercial business. Many of them are keenly interested in sustainability and want to exemplify this to their own customers. Utilities are uniquely positioned to build new business opportunities around grid services. They already have some of the best engineering and field services talent in the world, as well as access to customer data; combine these with digitalization and you’ve got a recipe for success for the new energy paradigm as well as a host of energy grid service business models that customers are craving. With digitalization you can help identify the customers who are most keen to adopt new technologies like renewables, storage, and fleet electrification, and help them with engineering, installation, and maintenance of these solutions. The new energy paradigm is rich with opportunities.

Develops new solutions, and fast—Looking back at when the internet kicked off, there is no way anyone could have imagined all the new solutions and applications that have come to fruition, and it’s still progressing more than 25 years later. In fact, some are saying it’s accelerating. Such progress will happen with energy, too. There are many applications and solutions that are needed right now, but the world is still in the infancy of a nascent market transition. The algorithms, applications, and solutions that the new energy system, or Enernet as some call it, will need are still unknown to some degree. That’s why a way of building and testing new applications quickly is needed. (Let’s call them “apps” for lack of a better term for something that is built quickly and tested not only for market acceptance to a need, but for performance in a real system.)  Once a digital energy data model is created on a grid, new apps can be built very quickly using the programming languages and advancements in computer and data science that have been afforded us by the last two decades of advancement. Utilizing standard programming languages and tools that developers, engineers, and data scientists know can help us accelerate and test new apps. These new apps can help you manage your grid business better, as well as help you develop new customer solutions and new business models, as mentioned above. The future of this new Enernet is very bright.

Everyone knows that decarbonization of the power system is important, and they know that digitalization will provide significant benefits to utilities as they strive to reach their decarbonization goals.

So what’s standing in the way? A lack of bold and ambitious government-driven policy change.

As seen in such countries as Norway, Denmark, Switzerland, and France, when decarbonization policies that focus on reducing greenhouse gas emissions are implemented, the share of renewables and electric vehicles powering the economy increases.  Such policy has occurred in many other Western nations, and clearly must be imposed in order to achieve decarbonization of the U.S. economy. Yet, to this day, there is no federal U.S. mandate stipulating a date by which non-EVs will no longer be sold. A national fleet of electric vehicles would provide a huge opportunity to improve resilience with new technologies like vehicle-to-grid, to provide emergency power to homes and businesses, and to act as a core resource in the wider grid system when needed. And still the world waits.

There is, however, still lots of room for optimism. The landmark U.S. policy mandate, Federal Energy Regulatory Commission (FERC) Order 2222 (2020), almost guarantees the role of DERs in the future of energy generation by allowing DER aggregators to compete in regional organized wholesale markets. This levels the playing field and encourages competition and innovation while lowering consumer costs. The policy will undoubtedly accelerate digitalization and the digital energy industry across the world. In the Biden federal infrastructure plan (still being negotiated at the time of writing), significant amounts of funding are dedicated to accelerating renewables, building a more resilient grid, and encouraging the adoption of electric vehicles. These ambitious policies, and others like them, present an opportunity to accelerate digitalization of the energy grid and decarbonize our planet.

Apart from government policy, there are some private sector initiatives that are building and accelerating applications for the future of decarbonization. In an increasingly convoluted and competitive vendor ecosystem, solutions and technologies are finding the need to interoperate and collaborate more than ever.

Rarely does a modern utility project involve one single technology or use-case where a single vendor can provide the entire gamut of services. Utility-led distributed energy projects, for example, often involve hardware akin to rooftop solar photovoltaics, battery storage devices, and smart inverters, often each from different manufacturers and providers. On top of that, data storage infrastructure, DERMS solutions, and a tool by which to communicate with participating customers are also needed, among other things. These projects produce a melting pot of interconnected requirements, but often lack a standardized means for all the components to inter-communicate and work together.

The data exists, and the ability to simultaneously control lots of devices exists. Unfortunately, the fact that devices don’t know how to talk to each other also exists. This is why open platforms with a collaboration-focused approach are critical to enable the decentralization and decarbonization of the energy grid.  This approach involves digitalizing and standardizing the entire grid network, and bringing data from SCADA, smart meters, electric vehicle charging infrastructure, residential and commercial solar photovoltaics, battery devices, other renewable energy resources, and all other influencing components into one centralized platform. By creating this open data model and allowing any system to access the data it needs to make decisions, a major hurdle of interoperability is overcome.

—Mischa Steiner is CEO of Awesense, an energy software and services company focused on the decarbonization, decentralization, and digitalization of the power grid.