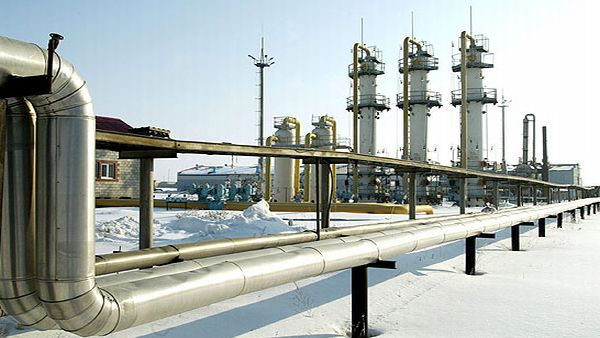 The emergence of ample supplies of low-priced shale gas, coupled with the adoption of highly efficient combined cycle gas-fired electric generators, has altered the relative economics of natural gas–fired generation, ushering in a new era of natural gas and electric interdependence. Previously occupying distinctly different markets, the two industries have been drawn together by economic, environmental, and technological changes that have resulted in the electric industry becoming the natural gas industry’s biggest customer. This convergence has caused gas users, electric system planners and operators, and policy makers to take notice and focus their attention on the interaction between the electric and gas industries. At the center of the inquiry is how to harmonize procedures the natural gas and electric industries use for communications/information sharing and scheduling, to improve the reliability of the U.S. electric grid.

Both the natural gas and the electric industries are very complex, with unique rules, terms, and practices. Needless to say, the inherent fear of regulators imposing one industry’s procedures upon the other has resulted in strong resistance in the past. However, the confluence of these recent economic, environmental, and technological factors, as well as the February 2011 Texas/Southwest cold snap, may be causing many to conclude that the time to harmonize the industries is now.

Harmonization encompasses the ability of the gas and electric industries to work seamlessly together by exchanging timely communications (such as on planned or unplanned outages, maintenance, or force majeure events) and by providing sufficient tools to facilitate the timely access to and delivery of natural gas to electric generators to ensure a responsive and reliable grid.

Is the Grid at Risk?

The need for improved reliability in the gas and electric industries is clear. In February 2011, Texas and the U.S. Southwest experienced a severe operating challenge as a result of unusually cold and windy weather. As temperatures reached the region’s 20-year low, the Electricity Reliability Council of Texas (ERCOT) experienced an extreme weather condition that triggered a significant loss of generation due largely to freezing instrumentation, water lines, valves, and sensing lines. More than 150 generators faced difficulties handling the subfreezing temperatures and consequently were either forced out of service, failed to start, or operated at a derated capacity. This resulted in an emergency alert with a controlled firm load interruption request of 4,000 MW that was crucial to the frequency recovery and replenishment of generator spinning reserves.

However, the extreme weather combined with these interruptions impacted electric compressors on certain pipelines, thereby reducing the pressure and deliverability of gas, which in turn exacerbated well freeze-ups and interruptions in gas service to gas users and electric generators throughout the Southwest, resulting in more controlled electric load interruptions in New Mexico and Arizona.

Load interruptions of this magnitude prompt the question: Is the electric grid’s reliability in jeopardy? A 2012 study conducted by Lawrence Berkeley National Laboratory concluded that since 1960 there has been a major blackout every 10 years and that the average duration and frequency of interruptions are increasing at a steady rate of 2% per year. The nation’s increased reliance on intermittent renewable energy sources, like wind and solar, is expected to present additional reliability concerns. Specifically, the need for quick-start back-up electric generation when the wind dies down or the sun goes behind the clouds is expected to reinforce the dependence of the electric industry on natural gas as a generation source.

The benefits of relying on natural gas are not limited to the quick-start generation capabilities. Rather, thanks to the emergence of the shale revolution, an increase in production in an economy that was already soft, and the 2012 winter—the warmest on record—natural gas is plentiful and at lower costs than we have seen in decades.

In response to industry concerns, the Federal Energy Regulatory Commission (FERC) convened five regional conferences across the country in the fall of 2012 to obtain information regarding coordination between the gas and the electric markets. Discussions were structured around three issues involving communications and information sharing, scheduling and market structure rules, and reliability concerns. More than 1,200 registrants participated in these discussions. At least three substantive concerns emerged.

What Are the Roadblocks?

First, industry representatives explained that while information sharing between industries could be helpful, the sharing of information could also expose companies to arguments that they have violated code of conduct and confidentiality provisions and representatives are engaging in prohibited activity that provides an undue preference to certain market participants.

Second, from a scheduling perspective, it was noted that unlike the electric industry, the gas industry has not been under the same scrutiny to require that its nomination and scheduling procedures keep pace with technological advancements associated with how fast information can be shared between shippers and the pipelines. In fact, the pipeline industry still follows the same gas nomination and scheduling procedure that was utilized 20 years ago when pipelines needed several hours to manually process gas nominations that were received by facsimile. Of course, today gas nominations are electronically transmitted, suggesting that pipeline operators should be capable of adding more opportunities within the day for users to access needed supplies or to reconcile changes in the daily demand for gas.

Merchant electric generation facilities often rely on interruptible gas transportation contracts as a means to keep the cost of producing electricity down. This issue prompted questions of whether FERC’s existing gas policy, that at times limits shipper access to firm gas transportation in favor of interruptible gas transportation (as under the No Bump Rule), has outlived its usefulness and may be acting in a way that is inconsistent with broader reliability obligations of the grid (including standards that may require electric generators to have sufficient back-up resources/reserves available at all times). In other words, should back-up generation resources that are supported by an interruptible fuel source qualify as spinning or non-spinning reserves under North American Electric Reliability Corp. reliability standards?

Based on the wide breadth of information discussed at the conferences and the reality that changes to market structures and development of infrastructure do not happen overnight, FERC concluded that additional technical conferences and information are needed to fully explore these issues. As a result, FERC has directed all regional transmission organizations and independent system operators to appear before the Commission on May 16 and Oct. 17, 2013, to share their experiences from the winter and spring, and summer and fall, respectively.

In addition, the first technical conference to discuss information-sharing and communications issues between natural gas and electric power industry entities took place on February 13, 2013. A subsequent technical conference on whether pipeline scheduling practices and capacity release rules need to be modified to improve the efficient utilization of pipeline capacity and to enhance the reliability of the electric grid is expected to issue shortly.

—Kelly A. Daly is chair of the Energy & Environmental Division of Stinson Morrison Hecker LLP.