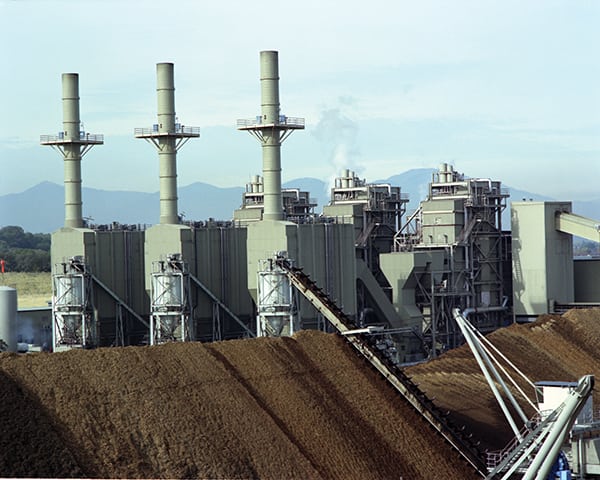 With quickly approaching deadlines for achieving renewable portfolio standard goals, the likely lapse of a critical exemption this month may increase the
challenges for meeting those mandates.

For the majority of fossil fuel–fired sources, this rule is just another regulatory speed bump requiring EGUs to address GHGs. For smaller renewable power generators and utilities adding biomass power plants to their fleet, this regulation is a serious roadblock that will push small biomass facilities from less-regulated area emission sources to full-blown major emission sources.

With deadlines for meeting renewable portfolio standards quickly approaching, additional regulatory hurdles would decrease the likelihood of reaching those mandated levels of renewable generation. It is with this in mind that shortly after promulgation of the GHG Tailoring Rule, several members of the U.S. Congress filed complaints with the then-administrator of the EPA, Lisa Jackson, requesting a deferral of the rule’s applicability to biomass sources.

Enough pressure had been placed on the EPA that action was taken to temporarily exempt renewable EGUs from the Tailoring Rule’s impact. On July 1, 2011, the Federal Register published an update to include a three-year deferral for the “application of Prevention of Significant Deterioration (PSD) and Title V permitting requirements to carbon dioxide emissions from bioenergy and other biogenic stationary sources.” The purpose of this three-year deferment was to allow the EPA to conduct a detailed analysis of the science associated with biogenic carbon dioxide emissions from stationary sources.

For clarity, not all biomass power generators were granted the deferment. As part of the three-step implementation process of the GHG Tailoring Rule, the first step included facilities that currently were covered under Title V permitting programs. Those facilities would not be granted a deferment and would be subject to carbon dioxide equivalent regulations. For biomass facilities that were already covered under Title V programs, the EPA issued a guidance document for determining the best available control technology (BACT) for biogenic carbon dioxide emissions. The EPA also made the deferral voluntary, leaving it to the discretion of individual states to adopt the deferral and to regulate accordingly.

HAPs are defined by the Clean Air Act, which was last updated in 1990 and contains a list of 189 chemicals classified as HAPs. Criteria pollutants consist of nitrogen oxides (NOx), sulfur dioxide (SO2), fine particulate, carbon monoxide, and volatile organic compounds.

EGUs that have the capability of firing more than 250 million Btu an hour of fossil fuels fall under the more stringent regulation of 100 tons per year of criteria pollutants to achieve area source classification. Assuming a facility uses biomass as its primary fuel source and the combined fossil firing of any ancillary equipment is less than 250 million Btu an hour, the facility would be regulated as an area source. This is advantageous, as biomass area sources are allowed to emit up to 250 tons per year of criteria pollutants and avoid federal PSD regulations.

There are other advantages for a facility being classified as an area emission source. If a facility falls under PSD permitting requirements, the following areas must be addressed in the permit application: BACT analysis addressing emission controls technologies, an air quality analysis, an additional impact analysis, and public involvement:

Because area sources have been deemed too small to be classified as a point source, their permitting process is typically done at a state level. Most states do not impose PSD permitting requirements such as BACT, air quality analysis, and impact analyses.

As a result of the less-onerous permit requirements, the process to obtain a construction permit for an area source is reduced to approximately three months. The speed and reduced complexity of the permitting process is particularly favorable to utilities wishing to utilize biomass fuel sources to meet renewable portfolio standards. Private developers also favor the area source permitting process, as less capital is required and quicker construction start times are expected.

How Biomass EGUs Are Affected

With a greater focus on adding renewable power generation to meet renewable portfolio standards, the ability to permit and build biomass power generation facilities is becoming crucial. Biomass fuels by their nature tend to have low levels of compounds that create regulated byproducts as a result of combustion. As an example, a typical woody biomass fuel used to generate steam from a fluidized bed combustor and using only a pulse jet fabric filter for particulate control could be sized at 25 MW and still be classified as an area source.

In the U.S. there are approximately 144 power generating facilities using biomass fuels as their primary fuel source (Figure 1). Of those 144 facilities, nearly half (71 facilities) have a rated capacity of 25 MW or less, making small generators a significant portion of the national biomass generation portfolio.

If the current GHG Tailoring Rule exemption for biogenic sources were vacated, the rated capacity of the same wood burning biomass facility outlined above would plummet to approximately 8 MW of generation capacity before crossing the major emission source threshold. This reduction is significant, as the number of biomass sources currently rated at 8 MW and less is a mere 16. Assuming the same distribution of biomass plant sizes is expected in the future, approximately 89% of those facilities would be classified as major emission sources as a result of the GHG Tailoring Rule being applied.

The exemption of biogenic carbon dioxide sources from the GHG Tailoring Rule was not a popular move for some industry groups. This is evidenced by the more than 200-page “Summary of Public Comments and Responses” document issued on June 28, 2011. With such strong feelings against the deferral, these groups filed a challenge to vacate the EPA’s deferral.

In July 2013, the D.C. Circuit Court issued a 2-1 ruling vacating the biogenic carbon dioxide deferral and caused turmoil in the biomass industry. The industry legally had 30 days to file for a rehearing on the ruling, but the opportunity to appeal is being withheld. Instead, the court decided to tie any additional actions to another key case, Utility Air Regulatory Group (UARG) v. EPA. In this case the UARG is challenging the EPA’s authority to regulate carbon dioxide from stationary sources via the Massachusetts v. EPA (2007) ruling.

The D.C. court withheld the mandate of the vacatur until a ruling from UARG v. EPA was issued. As a result of this withholding, the original biogenic exemption remains in place. The Supreme Court heard oral arguments in the UARG v. EPA case on Feb. 24, 2014, and a decision is expected in the latter part of the year.

Although this would appear to give renewable biomass power generators hope for the future, the reality is that time is still running out on this exemption. In the published deferral, section 51.166 provided clear direction for the lifespan of this deferral: “For the purposes of this paragraph, prior to July 21, 2014 the mass of the greenhouse gas carbon dioxide shall not include carbon dioxide emissions resulting from the combustion or decomposition of non-fossilized and biodegradable organic material originating from plants, animals,…and biodegradable organic material.”

That statement is commonly referred to as a sunset provision for the deferral. Without EPA studies supporting the future exemption of biogenic carbon dioxide emissions, and barring any decisions by the federal courts to overturn the vacatur, on July 21, 2014, the deferral will simply expire.

Although it may appear that the expiration of the biogenic deferral will be detrimental to new biomass facilities, the problem may be more complex than that. With the assumption that no further action by the courts will be realized, facilities that took advantage of the biogenic carbon dioxide deferral during this three-year period most likely will be required to retroactively obtain permits that address the GHG Tailoring Rule.

Precedence for this retroactive permit modification was demonstrated with the vacatur of the EPA’s Section 112(n) Revision Rule of the Clean Air Mercury Rule. The Section 112(n) revision rule was published Mar. 29, 2005, and removed coal- and oil-fired EGUs from the list of applicable sources in Section 112(c). On Feb. 8, 2008, the U.S. Court of Appeals for the D.C. Circuit Court vacated the Section 112(n) revision rule and issued a mandate on Mar. 14, 2008. EGUs that used this exemption in the permitting process and began construction or reconstruction between Mar. 29, 2005, and Mar. 14, 2008, were now legally required to comply with Section 112(g) requirements.

Implementation of the GHG Tailoring Rule has been around for several years now, and by far the most common control method for carbon dioxide equivalent emissions has been energy efficiency methods. However, for those facilities constructed between June 10, 2010, and July 21, 2014, that used the biogenic carbon dioxide deferral and now will be classified as major emission sources, other pollutants may be subject to emissions control technologies.

Depending on the specific pollutant in question, expensive control technologies may need to be retroactively installed at existing facilities. Equipment such as selective catalytic reduction systems for NOx control and wet and dry scrubbers for SO2 control potentially work their way into the economics of these biomass facilities. However, it is too early to say if any of these pollution control technologies will be mandated.

Although the biogenic carbon dioxide deferral is set to expire in July, there is still the possibility that the regulation of carbon dioxide emissions from EGUs could be vacated later this year. Deadlines for meeting state renewable portfolio standards are quickly approaching—nine are set for 2015—and the need for renewable power sources is great. Adding additional permitting, capital, and operational hurdles for new and some existing sources will only make achieving these goals more problematic.

With so much uncertainty, it’s hard to predict what the future holds, but new biomass EGUs should be prepared for stiffer environmental controls, and existing biomass EGUs that utilized the biogenic exemption should prepare for possible permit modifications. ■

— Brandon Bell, PE (bbell@valdeseng.com) is a project manager at Valdes Engineering and a POWER contributing editor.