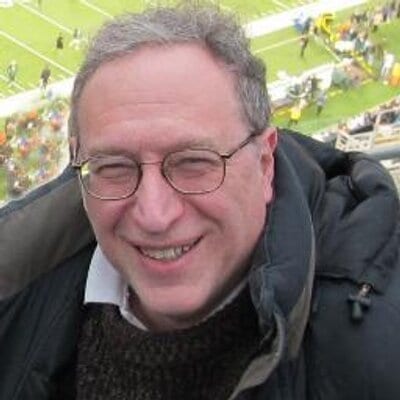 Coal burn in the power sector has fallen off a cliff. Demand peaked at 1.045 billion tons in 2007. The U.S. Energy Information Administration (EIA) estimates consumption in 2020 will be 377 million tons, a drop of 64% in little more than a decade.

The EIA is forecasting a modest rebound in 2021 (to 462 million tons) but the fundamentals—low natural gas prices, more coal plant retirements, and the COVID recession—argue against this. Moody’s Investors Services, for one, believes that there will be “minimal future recovery” in thermal coal demand and that consumption will “fall significantly in the 2020s.”

What are the chances that electric power coal burn will stabilize, much less recover? To answer this question, it is essential to understand why coal has fallen so far. Some of the reasons that have circulated include environmental rules, climate concerns, and renewable subsidies, that is, the supposed “war on coal.”

While these issues have had an impact on the margins, the primary factors are more mundane and more fundamental: fuel prices, power plant thermal efficiency, and operating costs. And as discussed below, coal’s nemesis in each area has been natural gas.

Coal is not an easy fuel to use. It is bulky, dirty, and harder to burn than liquid or gaseous fuels. A standard industry reference, Steam: Its Generation and Use published by Babcock & Wilcox Co., plainly states that “of the major fossil fuels, coal is also the most complicated and troublesome to burn.”

The saving grace for coal is that it has been abundant and inexpensive. The abundance remains, but coal’s cost advantage over natural gas has sharply deteriorated due to the fracking revolution. Fracking, in combination with other technologies, such as directional drilling and 3D seismology, has made the production of gas from shale and tight formations a predictable, low-cost process.

Gas supplies from tight formations have increased from near insignificance in 2007 to 60% of all gas supplied in 2018. The flood of tight gas has been accompanied by lower prices. As an example, Figure 1 illustrates the price trend for natural gas supplied to utility power plants in the East North Central (ENC) census division, the region that has accounted for over a quarter of all coal retirements since 2012. From 2007 to 2019 the average delivered natural gas price in this region dropped by 65%.

The figure also shows that as gas prices dropped, coal prices increased by almost 20%. This is because the trends in coal production efficiency have been the mirror image of developments in natural gas. After decades of growth, the fraction of coal produced by the most efficient means—surface mining and underground longwall mining—reached saturation and plateaued over the past decade. Mine productivity has stagnated or declined since the turn of the century in part because improvements in mining technology have been unable to compensate for exhaustion of the best reserves (Figure 2).

But while gas prices have dropped and coal prices have increased, coal still has, on average, a delivered price advantage on gas. Figure 3 shows trends in the delivered price premium that utility buyers of natural gas have had to pay compared to coal in the ENC, South Atlantic (SA), and East South Central (ESC) census divisions, the regions that have accounted for about two-thirds of coal retirements since 2012. The chart illustrates how the natural gas price premium has shrunk, but not disappeared. Coal might have retained its primacy if not for another factor, the efficiency with which combustion systems convert fuel into electricity.

As shown in the table, the F-class (heat rate of 6,800 Btu per kWh) and HA-type (6,300 Btu per kWh) combined cycles are about 30% more efficient than even the most efficient category of existing coal units. The only type of coal unit that begins to approach the heat rate of the combined cycles is ultrasupercritical (USC) technology. The EIA estimates the heat rate for a new USC plant at 8,638 Btu per kWh, but this is still 21% to 27% worse than the NGCC plants. Moreover, there is only one USC unit in the U.S. (the Turk station in Arkansas) and there are no plans to build new coal generators of any type.

The fact is that the U.S.’s domestic coal fleet is old and primarily uses inefficient subcritical boilers. The antique condition of the fleet is due to market developments going back 50 years. In the 1970s, excess coal capacity was built in anticipation of rapid demand growth that never arrived. In the 1990s, when the market for new capacity revived, most plants were built by independent operators attracted to the low capital costs and short construction times of gas-fired technology. The consequence was that little coal capacity was built after 1986.

Even though retirements have removed many of the least-economic units, the remaining coal fleet is geriatric. As shown in Table 2, only 9% of coal capacity is less than 20 years old and over 60% is 40 or more years old.

Because the units are old, they primarily use inefficient subcritical technology. Only 35% of U.S. coal capacity uses supercritical boilers, and even these plants are aging. Of the 83 GW of supercritical capacity in the current fleet, 80% (65 GW) is 40 or more years old.

Figure 4 illustrates for the period 2007–2019 how the combined effect of fuel prices, variable operating costs (more on this below), and thermal efficiency have changed the competitive balance between coal and natural gas production costs. The ENC region is again used as an example. The bars in the chart represent the variable production cost (dollars per MWh) for F-class and HA-type combined cycles. The lines represent the variable production costs for the three categories of coal units described above.

The costs shown in Figure 4 are the sum of estimated variable operating and maintenance (O&M) costs and spot fuel prices. These are the type of marginal costs used in economic dispatch decisions. As the variable cost position of coal has deteriorated, coal has fallen behind NGCC plants in the dispatch order, and coal plant utilization has dropped. In 2005, the average capacity factor for coal was 72% compared to 31% for combined cycles. By 2019, the relationship had flipped—coal was at 48% and NGCC plants were at 57%.

Marginal production costs help to explain the reduced use and retirement of coal plants. But a more complete explanation must include the impact of non-fuel operating costs. These fall into two broad categories:

Estimates of VOM costs are similar for coal plants and NGCC units, and are not a major factor in the competitive balance. For example, the investment house Lazard regularly publishes updated estimates of power plant costs. Its most recent estimate puts the VOM cost for an NGCC at $3.00 to $3.75 per MWh and for a coal plant at $2.75 to $5.00 per MWh. Fuel costs are much larger; for instance, in the example shown in Figure 5 about $17 to $22 per MWh.

However, an FOM value expressed in dollars per kW-year may fail to convey the significance of the FOM costs. The middle of the Lazard range for coal units, $61.25 per kW-year, translates to an annual cash outlay of $30.6 million for a 500-MW unit. The high FOM costs for coal reflect the extensive and mechanically complex nature of coal technology, including large boilers, pulverizers, an array of pollution control equipment, bulk material handling facilities, and ash disposal facilities. NGCC technology is inherently more compact and not dependent on the maintenance-intensive equipment coal plants need to process millions of tons of solid fuel each year.

A power plant must recover its fixed costs in power sales to be economically viable. If a plant is highly utilized, it will produce many MWh over which the FOM costs can be spread. This reduces the FOM cost per MWh and allows the plant to recover these costs at a relatively low power price.

However, if a power plant has poor utilization, then the fixed costs must be spread over fewer MWh. In this case, the FOM cost per MWh goes up, and the plant requires a higher power price to cover all its expenses.

If the high fixed costs of operating a coal plant intersect with relatively high variable (dispatch) costs, the effect can be deadly. This is illustrated by Figure 5, using the ENC region as an example and the middle of the Lazard FOM range.

As shown on the left side of the figure, a coal plant operating at a 70% (baseload) capacity factor has a total production cost, including allocated FOM, of $35.40 per MWh. But because this plant has a variable operating cost about 25% higher than the NGCC ($25.41 versus $20.45 per MWh), the likelihood is that the coal plant will not dispatch as baseload. If the capacity factor is halved to 35%, the fixed cost that must be recovered doubles from $9.99 to $19.98 per MWh and the fully allocated cost balloons to over $45 per MWh.

The NGCC costs shown on the right side of the figure illustrate the uphill economic struggle facing the coal plant. Not only does the NGCC have the lower variable cost, but the allocated FOM cost is only $2.00 to $4.00 per MWh, a fraction of the $9.99 to $19.98 per MWh the coal plant must recover. As a result, the NGCC plant needs a power price of only about $22 to $24 per MWh to recover all its costs, about $13 to $23 per MWh less than the coal plant. The low costs of the NGCC will tend to depress market prices, making it difficult or impossible for the coal plant to recover its fixed costs and driving coal into retirement.

The End of Coal?

The problem for coal power is not a war on coal, but the cost of coal-fired power generation. Coal generation is too expensive compared to modern combined cycle plants burning fracked natural gas. Can this situation change?

The COVID crisis has led to the well-publicized collapse of many gas producers, including Chesapeake Energy, a fracking pioneer. But there is no reason to believe this will lead to a long-term reversal of natural gas production and pricing trends. Fracking technology and the gas reserves in the ground are not going to disappear. Recent public initiatives to reduce gas use will only cause producers to focus on the lowest cost and most productive reserves, and to further refine their technologies. Natural gas prices have been volatile for decades, but there is no compelling reason to expect a secular increase in prices or a supply shortage.

Modern combined cycle plants are much more efficient than the essentially obsolete subcritical units that make up most of the U.S. coal-fired generating fleet. Even the most advanced USC plants cannot match combined cycle efficiency, and in any case, neither power companies nor regulators have any appetite to invest in a new fleet of coal plants. Moreover, the combination of wind and solar power with batteries provides a new, low-cost competitor to coal (and gas).

The elephant in the room is, of course, the likelihood of climate-related restrictions on the use of fossil fuels. It seems fair to assume that coal, a much larger emitter of CO2, will walk the plank before natural gas. In summary, short of government intervention to support the industry, the era of coal-fired generation in the U.S. is probably coming to an end. The economics argue against coal.

—Stan Kaplan (stankapl@gmail.com) has worked in the electricity and fuels areas since 1978, as a consultant, regulator, utility executive, and until retiring in 2018, a senior manager with the Department of Energy. He most recently taught a graduate class on energy policy at George Washington University.