Venezuela, a country that relies on hydropower for almost three-quarters of its electricity, has been battling a deepening electricity crisis since a drought in 2009 and a sudden 7% surge in demand brought the country’s power system to the brink of collapse.

President Hugo Chavez’s government has been implementing a series of emergency power-saving measures, including rolling blackouts lasting two to four hours a day and ordering shopping malls and government offices to stay open half the day. Factories have been forced to cut consumption by 20%, and Chavez has even asked citizens to save water in the shower to reserve more for hydropower plants.

Officials have said that power rationing is expected to continue at least until May, when the region’s rainy season arrives, but the country could very well see a "national electricity collapse" as soon as April if water levels at Guri dam continue to decline, according to a Dec. 25 report from national electricity company Corpoelec. As industry observers point out, water levels at the facility that supplies 73% of Venezuela’s power — the world’s third-largest hydroelectric power station (after China’s Three Gorges dam and Brazil’s Itaipú dam) — are precariously low, and there is no relief in sight.

Analysts have noted that the country, with vast reserves of petroleum, should reduce its reliance on hydropower, arguing that it should put its hydrocarbon resources to better use locally. Yet others say that the political climate could make this difficult, pointing out that the country has working fossil-fueled power plants — and a majority of these are inefficient or have fallen into severe disrepair.

According to Venezuela’s grid manager, for example, the country had installed electricity capacity of 23,649 MW in November — yet only 10,516 MW was available. Particularly revealing are astonishing photographs of severe disrepair at http://bit.ly/1NPIE9, which were allegedly posted in 2008 by workers at the 2,000-MW oil and gas – fueled Planta Centro, the largest thermal power plant in South America (Figure 7). A report from the national grid operator shows that plant hasn’t produced more than 26% of its capacity in at least three months. In mid-January — at the height of the crisis — it was barely producing 273 MW. 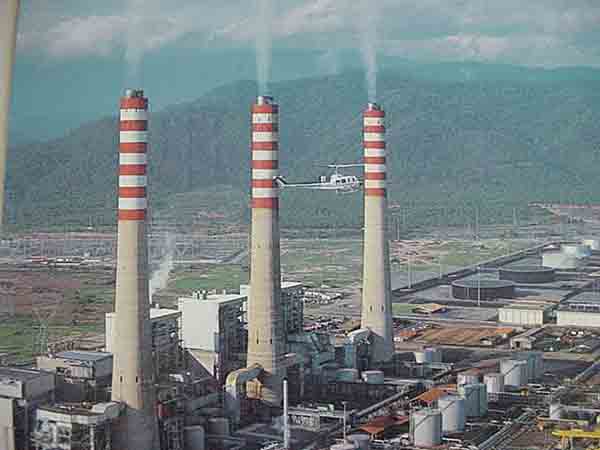 7. Chaos marks a crisis. Venezuela has been stricken with chronic power shortages—the worst in six years—because of growing demand and a drought that cut levels at Guri dam, a hydropower facility that supplies some 73% of the nation’s power. But, as some analysts point out, the crisis could also have been caused by corruption, which has resulted in dire neglect of the country’s power infrastructure. A prime example is the 2,000-MW Planta Centro shown here—South America’s largest thermal power plant. In mid-January, the plant was barely operating at 273 MW—and it hasn’t produced more than 26% of its capacity in at least three months, according to Venezuela’s grid operator, National Electric System Administration Center. Courtesy: Cadafe

Until recently, before handing it over to state oil company Petroleos de Venezuela, state-owned utility Cadafe ran Planta Centro. The utility, also the nation’s largest power provider, had repeatedly declared it would spend from US$100 million to US$400 million to overhaul the plant. It has been reported that these plans were delayed or postponed, however, because of rising water levels at Guri.

The Venezuelan government has disputed allegations of neglect and corruption, saying that it has invested US$8 billion in power plants other than Planta Centro and that it has brought some 4,620 MW of new generation online since 2001. By the end of this January, meanwhile, newly appointed Electricity Minister Ali Rodriguez said that the country’s installed capacity would rise 17% this year, pushing Venezuela’s installed capacity to nearly 28 GW from the current 24 GW. The minister said that by 2015, with US$1 billion in government backing, he hopes the country will have added an additional 15 GW.