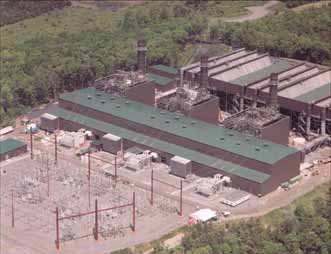 The award serves as an important demonstration of the potential impact of liquidated damages provisions in EPC contracts. EPC contractors should not assume that liquidated damages will be renegotiated or that the owner will later agree to extensions of time for performance. Courts and arbitration panels can and do enforce the terms agreed to by the parties at the time of contracting, especially when dealing with knowledgeable, experienced, and sophisticated power industry owners and EPC contractors. Though the law is not uniform in all American jurisdictions and must therefore be researched thoroughly in the applicable jurisdiction, power industry owners should be aware that they have a strong position with respect to collecting liquidated damages for EPC contractors’ inexcusable delays.

Background of the Athens Case

In 2001, Athens engaged one of the world’s preeminent EPC contractors, Bechtel, to engineer, procure, and construct a $533 million power plant in upstate New York. The EPC contract governing the project called for $49,000 in liquidated damages for each day of “inexcusable” delay for each of the plant’s three power island units, as well as $49,000 for each day of inexcusable delay in completing the facility as a whole, with a cap of $147,000 for each day of inexcusable delay. The EPC contract called for substantial completion no later than August 2003. Bechtel did not achieve that benchmark for the three power island units and the rest of the facility until March 2004.

After Bechtel completed the project some eight months behind schedule, it initiated arbitration proceedings against Athens, seeking $94 million in damages, as well as more than 250 days in extensions of time for performance. Bechtel claimed that risks of highly advanced combustion turbine technology (which it alleged were Athens’s responsibility), severe winter weather force majeure events (events out of the control of the builder), and other factors caused project-critical delays and forced Bechtel to eat numerous extra costs.

The arbitration panel found that, as a matter of law, the actual damages, calculated in hindsight, were of no consequence. After extensive arbitration proceedings, the panel largely agreed with Athens, awarding $26.9 million due to Bechtel’s late completion of the plant. Not only did Athens defeat Bechtel’s affirmative claims, but Athens also obtained $26.9 million in liquidated damages for Bechtel’s late completion of the project.

The Enforceability of Liquidated Damages Clauses

This approach is not universal. In a number of jurisdictions, the actual loss sustained by the owner is relevant. Arbitration panels use a retrospective analysis, in addition to the prospective one, to determine the reasonableness of the liquidated damages.

So American jurisdictions today use two models to determine the reasonableness and enforceability of a liquidated damages clause. In each, the clause is enforceable if the stipulated amount is found to constitute reasonable compensation to the owner for inexcusable delay and is unenforceable if the amount is found to constitute a penalty against or goad to performance of the EPC contractor. The two approaches differ as to whether the actual damages suffered should have any bearing on the “compensation” versus “penalty” determination.

The traditional approach examines the reasonableness of the stipulated amount of liquidated damages at the time of contracting, without reference to actual damages incurred by the owner during the delay period. The retrospective analysis is immaterial in determining whether a liquidated damages clause is compensation or a penalty. For example, in the case of Carrothers Const. Co., L.L.C. v. City of South Hutchinson, 207 P.3d 231, 235 (Kan. 2009), the court held that “[t]he reasonableness of a liquidated damages clause in a contract deliberately entered into should be determined with regard to the conditions of the parties existing at the time the contract was executed, not from hindsight after the contract is breached.”

The Carrothers court reasoned that inclusion of a liquidated damages clause is “an advance settlement of the anticipated actual damages arising from a future breach [and] [s]uch provisions allow contracting parties to protect themselves against the difficulty, uncertainty, and expenses that necessarily follow judicial proceedings when trying to ascertain actual damages.” Thus, “it is well established that parties may stipulate at the time of contracting to a set damages amount for a breach of that contract, as long as the liquidated damages provision is not a penalty.”

Similarly, in the case of Healix Infusion Therapy, Inc. v. Bellos, 2003 WL 22411873, 2 (Tex. App. 2003), the court held that the party challenging the liquidated damages “still must show that, at the time the agreement was made, the amount of the liquidated damages was not a reasonable forecast . . . [t]o prove this defense, [the party] must prove actual damages, if any, to show that the actual loss was not an approximation of the stipulated sum.”

In Athens, the arbitration panel determined that the owner’s actual damages, calculated in hindsight, were irrelevant to the determination of the reasonableness and enforceability of the liquidated damages provision. The EPC contract provided for the assessment of liquidated damages at up to $147,000 per day of inexcusable delay in the event Bechtel failed to achieve timely completion. Bechtel asserted that this amount constituted an unenforceable penalty. The panel ruled that in order to constitute a penalty, “the quantum of damages proposed must be shown to be unreasonable at the time that the contract between the parties was negotiated. The fact that the quantum may, with the benefit of hindsight, be higher than the other party actually suffered is of no consequence.”

Using this determination, the panel concluded that the evidence clearly established that the amount stipulated to by the parties in the EPC contract “was reasonable at the time the contract was entered into.” This conclusion was based on, among other things, both parties’ knowledge and sophistication with respect to the economics of financing, construction and operating a power plant, Bechtel’s previous experience working with Athens’ parent company on “numerous other EPC projects,” and the fact that both parties were represented by “competent and experienced negotiators” at the time the EPC contract was entered into.