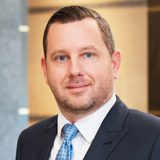 President Joe Biden signed the Infrastructure Investment and Jobs Act on Nov. 15, which allocates $550 billion in new spending over the next five years to improve U.S. infrastructure, including critical investments in the energy sector. These investments will cover power grid infrastructure, electric vehicles (EVs) and charging stations, renewable energy, nuclear power, hydropower, and cybersecurity with the goal to strengthen the energy industry, support emission-free power generation, and bolster emerging technologies.

The Act earmarks $7.5 billion to build a national network for EV charging to accelerate the adoption of electric vehicles.

Along with the funds, the Act establishes a 25-member EV working group, which will be led by the secretaries of Transportation and Energy, to provide federal guidance and strategy for the development, adoption, and integration of electric vehicles into the U.S. transportation and energy systems. As part of this group, the Secretary of Energy will conduct a study on the cradle-to-grave environmental impact of EVs and on the impact of forced labor in China on the EV supply chain. This dovetails with President Biden’s Dec. 8 executive order that directed the federal government to only purchase zero-emissions vehicles by 2035, which includes 100% zero-emission cars and other light-duty vehicles by 2027.

The Act also directs the Secretary of Energy to establish a demonstration project for second-life applications of EV batteries as aggregated energy storage installations. This will provide services to the electric grid for the purposes of demonstrating power safety and the ability of EV batteries to provide ancillary services for grid stability and management as well as reduce the peak loads of homes and businesses, extending the useful life of EV batteries, and increasing the acceptance of and participation in the use of second-life applications of EV batteries by utilities. The Energy Information Administration will also expand data collection on EV integration with the electricity grid.

States are also asked to consider measures to promote greater electrification of the transportation sector, including the establishment of rates that promote affordable and equitable electric vehicle charging options, improve the customer experience associated with EV charging, accelerate third-party investment in public EV charging, and recover the marginal costs of delivering electricity to EV and EV charging infrastructure.

President Biden has issued a few executive orders related to electric vehicles, including one in August that underscored his stated commitment to encouraging the development and deployment of EVs as part of his administration’s clean energy agenda. The executive order aims to increase the production of zero-emission vehicles by 2030 and directs new pollution and fuel economy standards for light‑, medium-, and heavy-duty vehicles for model years 2027 and later.

The executive order, supported by the EV-related aspects of the infrastructure bill, may well serve to facilitate increased deployment of EVs in U.S. markets. These major efforts are a clear signal that the federal government intends to make good on Biden’s campaign promises to work toward electrification in the automotive sector. We can expect more movement down that path, as there is now money earmarked for more EVs and charging stations.

It sets a non-binding goal on a federal level that 50% of all new passenger cars and light trucks sold in the U.S. be zero-emission vehicles by 2030, but individual states have set their own more stringent rules and goals. The order includes a noninclusive list of zero-emission options, such as battery electric, plug-in hybrid electric, and fuel cell vehicles. In the last three years, around 2% of new car sales would have qualified as zero emissions, with more than 40% of those sales coming from California.

To meet this goal, the order provides generally that the Biden-Harris administration will prioritize clear standards, infrastructure development, and innovation. Specific proposals include installing a national network of EV charging stations and creating point-of-sale incentives for consumers. Major domestic auto manufacturers have previously indicated their intent to have 40% to 50% of total new vehicles sales be for EVs by 2030.

The order also directs the U.S. Environmental Protection Agency (EPA) to establish new multi-pollutant emission standards, to include greenhouse gas emissions, for light- and medium-duty vehicles for model years 2027 through at least 2030. The order sets the EPA’s goal for its final rulemakings as December 2022.

It also directs the U.S. Department of Transportation to establish new fuel economy standards for passenger cars and light-duty trucks for model years 2027 through at least 2030, and for heavy-duty pickup trucks and vans for model years 2028 through at least 2030. The order sets the goal for these final rulemakings as July 2024. With more conventional internal combustion vehicles also being revamped to meet the stricter standards, it could make EVs more economically competitive for consumers.

As the years-long supply chain continues in the wake of the COVID-19 pandemic, the Biden-Harris administration has modified its view of “Buy American” in relation to electric vehicles. Initially, the administration included the purchasing of the minerals that are needed for the creation and manufacturing of battery packs in EVs from U.S. mines.

But in May 2021, the administration indicated it wouldn’t focus on sourcing the minerals in the United States, but instead would focus on having all substantive manufacturing occur within U.S. borders. And the Build Back Better Act, which is still being discussed, has proposed an extra $4,500 tax incentive on purchases of electric vehicles built at union factories in the U.S.

The focus on producing more EVs and charging stations within the U.S. opens up opportunities for automakers. We are seeing partnerships between automakers and network charging service providers that are looking at long-term opportunities beyond the manufacturing of EVs.

This also opens some new sources of revenue for the automakers, which can provide additional services that don’t stop at the sales of EVs themselves. There are automakers looking at building charging stations, providing potential assisted or self-driving capabilities, and monitoring drivers of fleets and car breakdowns. The push for more EVs and charging stations is also spurring development of regional utility alliances. The Edison Electric Institute has merged the Electric Highway Coalition and the Midwest Electric Vehicle Charging Infrastructure Collaboration into one overarching group that brings together more than 50 power companies. The National Electric Highway Coalition has committed to providing fast charging ports along major U.S. roadway by the end of 2023.

EV penetration in the U.S. market has increased year over year for several years now, but some threshold issues must be resolved to facilitate widespread adoption—namely, issues concerning the ownership, jurisdictional status, and rate impacts of network charging stations, and the impact of the electrification of transportation on the electric grid. Both the infrastructure bill and President Biden’s executive order address some of these threshold considerations.