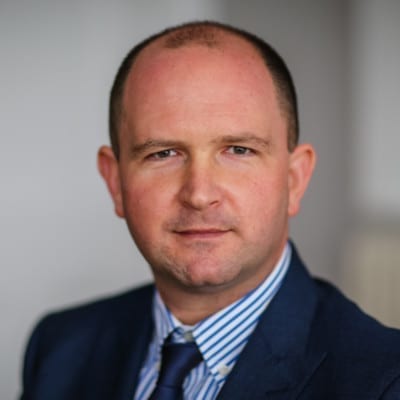 2021 was a boom year for solar as a record number of new projects were registered with ANEEL, Brazil’s electricity industry regulator. Now, new distributed generation legislation is in the offing, and, when ratified, it will introduce gradual charges for use of transmission networks through distribution system use tariffs (TUSD). The legislation proposes a 10-year transition from the current model, with projects that are already connected to the grid allowed to operate under the existing rules until 2045. This revised legal framework will continue to drive a “gold rush” of new projects as developers strive to beat the higher charges so that they can offer cheaper power purchase agreements (PPAs) to off-takers for as long as possible.

Before the changes were outlined in September 2020, the pipeline of registered projects stood at 8.7 GW, adding to an installed solar power generation capacity that had already reached 10 GW in the summer. The pipeline had more than doubled to 18 GW after the law was proposed, with solar accounting for most of the new capacity (Figure 1).

When renewable subsidies are decreased or withdrawn, it is not unusual to see new project applications dwindle. This has been the case in the UK, for instance, with successive reductions—and the eventual removal—of the feed in tariff (FIT). However, while we expect to see Brazil’s industry pause for breath, the solar market will continue its strong growth trajectory because of the fundamental drivers fueling the uptake of solar, combined with the decreasing cost of PV panels. As well as more investment in solar parks, we expect to see increased uptake in the residential market as consumers look to manage their rising household energy costs.

In the long term, the new law also improves the financial environment, which will encourage foreign investment in renewable projects, opening up access to a wider range of financing options.

The Rise of ESG

In April 2021, at a U.S.-sponsored climate summit, Brazil pledged to achieve net-zero carbon emissions by 2050, which is 10 years earlier than previously planned. While there is much well-founded skepticism concerning President Bolsonaro’s environmental and climate pledges, it is noteworthy that the leaders of 30 of the country’s top businesses suggested this pledge in an open letter to Brazil’s president.

Brazilian businesses are increasingly concerned about both the environment and broader reputational issues to the extent that environmental, social, and governance (ESG) initiatives have become a fixture on boardroom agendas. Of course, ESG is now inextricably linked with finance, and Brazil is no different from any other country in that respect. And the evidence is there to see. Of the money invested into BlackRock Brazil during the first quarter of 2021, over a third was destined for its ESG exchange-traded funds.

Continued pressure from both indigenous and international businesses is, slowly but surely, forcing Brazil’s government to act on climate. This shift in approach will help to remove a key barrier to international investment in Brazil’s green infrastructure.

The Technology Revolution in Agriculture

Agriculture is hugely important to Brazil. The sector accounts for about one in 10 of all jobs and adds more than 4% to the country’s gross domestic product (GDP). Brazil is the world’s leading producer of many essential commodities including sugar, coffee, and orange juice (Figure 2).

There is a revolution going on in the world of agriculture and it involves the use of tech—or “agritech”—to improve crop yields, reduce the use of harmful chemicals, and protect the soil. Technology is being applied in a multitude of ways. For example, use of camera technology and drones that can identify and remove weeds without the need for mass spraying of chemicals, or even planting seed pods from the air. Analysis of satellite data can help inform exactly where—to within a few meters—crops would benefit from the application of fertilizer, and what amount. More accurate weather forecasting using local climate stations allows growers to plan planting, protection, and harvesting to maximize yield.

According to a 2020 survey by McKinsey, the penetration of digital agriculture in Brazil is higher than in the U.S. and increasing. Brazilian farmers are embracing tech to help them grow and process food more profitably and sustainably.

Solar PV is a natural ally to tech in the sustainable agritech revolution. Solar parks can provide much-needed power to remote and off-grid areas, enabling processing plant, irrigation, and agricultural equipment to benefit from clean, predictably priced electricity. We expect agriculture to be one of the key drivers of off-grid solar in 2022.

Some growers are realizing the benefits of combining solar and food crops on the same land. This approach maximizes land use and enables the use of solar PV to improve growing conditions. For example, in hot regions, PV can be used to provide crop shading during the hottest part of the day, helping to prevent evaporation and reducing watering requirements. Ground-mounted solar is also compatible with smaller, free-ranging livestock such as chickens and sheep.

The Winds of Change

Historically, the abundance of hydroelectric power in Brazil has ensured its energy mix has been inherently low carbon. However, there are growing problems with aging hydroelectric infrastructure and in recent years generation has been erratic because of the effect of drought on river levels.

The demise of hydro is fueling the growth of solar and other more sustainable forms of renewable energy. Indeed, over the past decade, Brazil’s wind power output has grown by 20 times to now supply almost 10% of the country’s electricity with 19 GW of installed capacity. As well as achieving high levels of insolation that benefit solar generation, Brazil is also very windy. During 2020, the capacity factor for wind was more than 40% compared to a global average of 35%. And with 7,400 kilometers of Atlantic shoreline, we see a significant opportunity for Brazil’s offshore wind sector.

Alongside solar, wind energy has a promising future in Brazil. We expect to see continued strong growth throughout 2022 with the emergence of new opportunities for floating offshore wind technology.

With an abundance of renewable energy, Brazil is well-placed to profit from the hydrogen economy. During 2021, the Northeastern Brazilian state of Ceará announced plans to build a 600,000 tons per year green hydrogen plant, which would make it the world’s largest. As well as helping to decarbonize Brazil’s industrial economy, Ceará intends to export the hydrogen it produces.

Hydrogen can also play its part in the energy transition by providing energy storage for microgrids, such as hybrid energy systems comprising renewable generation and storage, which provide access to electricity 24/7. Microgrids are self-sufficient local energy networks that can serve a neighborhood community, campus, or business. They can operate alongside the existing energy grid, or completely independently of it. Today, batteries provide the most straightforward way to store energy, but hydrogen is also becoming more viable for energy storage as the price of the specialist equipment falls. We expect to see more significant Brazilian hydrogen infrastructure projects announced in 2022 serving a wide variety of applications.

Despite the government’s lamentable environmental track record, Brazil is becoming increasingly well-positioned to benefit from investment in its green economy throughout 2022. The most recent legislative proposals will bring legal security both to contracts and to consumers, who will have their rights guaranteed and respected. The government has also scrapped import duties on foreign manufactured solar equipment—a move designed to encourage inward investment.

Developing reliable energy infrastructure is essential if the country is to sustain a strong economy. New policies that support green investment will create jobs in clean energy and boost the wider economy by providing Brazil’s businesses with reliable low-carbon power.

We will see foreign investors continue to back Brazil’s green resurgence during 2022. Taking urgent, credible action to halt deforestation and environmental destruction could open the floodgates to inward investment.