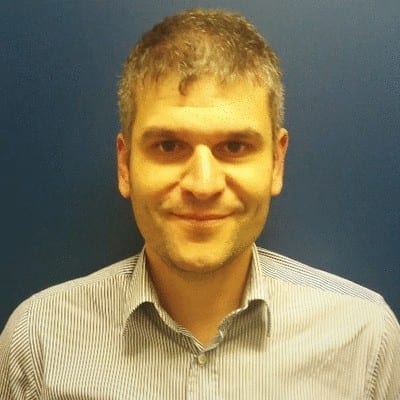 Mexico began deregulating its electricity market in 2013 with wholesale trading commencing in 2016. The reforms opened the electricity market to private investors to increase market competition, and to accelerate the expansion and modernization of Mexico’s power generation infrastructure. Until 2013, all facets of the electricity market, from generation to distribution, were the exclusive domain of the state-owned Comisión Federal de Electricidad (CFE), an integrated monopoly, and private participation was limited to the generation of power not intended for public consumption. CFE remains the only provider of retail electricity to consumers. CENCE (Centro Nacional de Control de Energía) operates Mexico’s energy grid as the independent system operator. Private generators gain access to the national grid through an auction of medium- and long-term contracts by CENCE.

A more pressing reason to open the power market to private investment was Mexico’s annual electricity demand had grown an estimated 3% per year since 2000 and is expected to continue to grow for the next decade. This translates into Mexico’s rising economy demanding an additional 70 GW of installed generation through 2033. Mexico expects that an estimated 30 GW of that demand growth will be met by new gas-fired combined cycle power generation facilities. The remainder will be met by various renewable resources. Mexico, as of the end of 2019, had 8.2 GW of gas-fired combined cycle plants in operation.

Spanish power utility Iberdrola subsidiary Iberdrola México is the largest private electricity producer in Mexico with more than $5 billion invested in power generation (fossil fuel-fired and renewable) facilities to date. As of the end of 2019, Iberdrola México had 6,588 MW in commercial service, providing electricity to more than 20 million customers. Of that amount, 5,668 MW correspond to gas-fired combined cycle plants. With another four combined cycle plants set to enter service by the end of 2020, Iberdrola México is on track to add an additional 3,434 MW to its fleet of plants and to surpass the 10,000 MW of installed generation milestone.

The El Carmen combined cycle plant, located in the town of the same name in Nueva León in northeast Mexico close to the Texas border, is one of the newest combined cycle plants added to Iberdrola’s growing fleet of plants (Figure 1). The fast-growing northeast region of Mexico has experienced power demand that is expected to grow 3.9% annually over the next several years, according to CFE. El Carmen, rated at 866 MW, enough to supply one million Mexicans, entered commercial service in September 2019. The $455 million El Carmen plant is the first of Iberdrola’s fleet that was constructed to sell power to industrial customers in Mexico’s wholesale electricity market. The first customer to sign a power purchase agreement was the CFE marketing company CFE Calificados for 250 MW of capacity.

Natural gas is supplied to the plant via a 23-year gas supply contract with CFEnergía, a subsidiary of CFE, valued at roughly $4 billion. The “dash for gas” in Mexico is facilitated by its enormous reserves of natural gas, the availability of imported gas from the U.S., and its relatively cheap price. Mexico has reported reserves of more than 30 billion cubic feet with the gas purchase price at about $3 per million Btus.

“We’re in one of the best areas in the world. And for combined cycle, we believe that natural gas will be the basic energy source for the next 15 years, because of its abundance and its competitive price,” said Enrique Alba, director general of Iberdrola Mexico.

CFE built the electrical infrastructure for connection of the plant to the national grid at fixed capacity charges under the 25-year power purchase agreement. Iberdrola was responsible for the transformer substation. Iberdrola is responsible for commissioning the plant and for its continued operations and maintenance.

Iberdrola and MHPS entered into a contract in September 2015 for the prime movers used on the project, replicating earlier successful projects. Iberdrola purchased two MHPS M501J combustion turbines (300-MW class), a single steam turbine, as well as a spare gas turbine rotor and a long-term service agreement for the plant. The El Carmen plant entered commercial service in September 2019.

Each combustion turbine on the project is matched with a HRSG provided by Wood to Iberdrola México. The contract required Wood to design, supply, and transport the HRSG modules and other auxiliary equipment to site as well as to provide advisory services during assembly and startup. The contract was awarded in March 2017 (Figure 2).

The HRSG thermodynamically binds the combustion turbine and the steam turbine together to produce electricity. The HRSG, at its heart, is a series of heat exchangers that absorb the energy rejected by the combustion turbine in its exhaust gas to produce high-temperature steam. Thus, the design of the HRSG determines the power and efficiency potential of the entire combined cycle plant.

The two HRSGs supplied to the El Carmen project employ three pressure levels plus reheat to maximize plant efficiency (Figure 3). The El Carmen HRSGs are horizontal units. That means the flow of gas through the HRSG is horizontal and the evaporator tubes are aligned vertically, which aids the natural circulation effect of the steam generator.

As seen in Figure 3, the superheater, reheater, and evaporator sections of the HRSG (the hottest parts within the HRSG) are all top supported to allow free thermal expansion to minimize thermal stress in these critical areas. Also shown in Figure 3 are the manifolded primary and secondary flexible risers used in the natural circulation evaporators to reduce thermal stress. The flex tube design used by Wood provides inherent mechanical flexibility and long tube life when undergoing fast startups, shutdowns, and transient operations. The flex tube design ensures every heat transfer tube in most sections has at least one tube bend. Superheaters are designed with oversized headers, downcomers, feeders, and drain systems to reduce fatigue stress during rapid start and shutdown. Full penetration welds of the tubes to the headers are used throughout the HRSG. This allows the HRSG to perform fast transient operations without the risk of weld cracks and tears.

Hangers are used for the economizers and other components located in colder zones. The economizer pattern design optimizes water velocity and heat transfer with pure counter flow circuitry to maximize heat absorption under all operating conditions. The economizers are also fully drainable and ventable for fast fill/drain while minimizing steaming during startup and shut down.

The design of the HRSG also ensures that the exhaust gas temperature in the economizer is maintained above the dewpoint. External insulation in the exhaust gas flue also prevents reaching the dewpoint in the casing. The economizer design allows fast startup and transients without deformation, cracks, and tears. Lower mechanical stress translates into longer pressure part life. Flow accelerated corrosion is avoided by using high-chrome tube materials in critical areas.

An important feature of the HRSG design is the anti-vibration bars and finned tube configuration that avoids tube bundle vibration that is induced when gas flow is perpendicular to the tubes. The vibration restraint systems use grid bars spaced at a specified distance apart to avoid tube bundle vibration. The antivibration design is determined by the difference between the vortex shedding and the natural frequency of each tube bank, and is optimized for each HRSG design.

As noted above, the HRSG was shipped to the project site as shop fabricated tube modules. This approach allowed each module to be tested and sealed before shipping, ensuring a high level of quality. The casing of each module was separated for shipment for field assembly. The casing was then field assembled for large flat pre-insulated and lined panels. There are further advantages when using the modular approach to HRSG design, such as less onsite welding and reduced crane maneuvers. The structural steel and casing are erected on-site first and then the modules are inserted into the structure. Typically, one complete module can be lifted, erected, and assembled in only a single day on-site.

The El Carmen plant is also equipped with 80-MWth supplementary firing of the HRSG, which generates additional steam (and power) when satisfying peak power demand. There is a metallurgical limit on supplemental firing. The metallurgical constraint of the HRSG liner plates is 870C (1,600F), in these units, the exhaust gases after the burner are reaching 714C in some operating cases. Also, in some locations, emissions permitting may limit the extent and/or length of time the HRSG may be supplementally fired. There are also ramp rate limitations with supplemental firing to ensure uniform heat distribution within the boiler.

The international logistics, under the project’s very tight schedule requirements, were perhaps Wood’s greatest challenge in the El Carmen project. Wood designed and manufactured 22 pressure part modules (4,193 tons) and six steam drums (322 tons) in their South Korean fabrication shops and transported the assemblies to the project site in Mexico. Further, Wood manufactured non-pressure parts of the two HRSGs in Mexico. Another challenge was the receipt of timely import clearances from Mexican custom authorities for certain raw materials used in the piping portion of the two HRSGs.