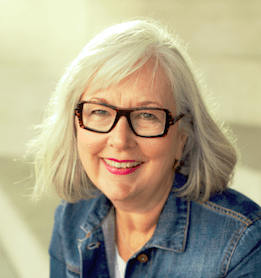 CEOs of energy companies with projects in Russia are facing career-defining leadership moments. What do you do when your corporate investments nearly overnight become politically, economically and socially untenable to your key stakeholders?

Within days of Russia’s unprovoked invasion of Ukraine, BP’s Chief Executive Bernard Looney was quick out of the gate to tell the world that BP was exiting its interests in Russia. “It has caused us to fundamentally rethink bp’s position with Rosneft,” said Looney. “I am convinced that the decisions we have taken as a board are not only the right thing to do, but are also in the long-term interests of bp.”

For BP, the stakes are very high; walking away from its nearly 20% interest in Rosneft, the Russian energy company with close ties to the Kremlin that accounts for roughly 5% of the world’s oil production, is expected to trigger a financial loss for BP of $25 billion. This is no mere virtue-signaling.

Some will ascribe BP’s decisiveness to pressure from the UK government. The day after BP’s announcement, Shell (now headquartered in London) announced it was pulling out of the Nord Stream 2 pipeline project and ending its LNG joint ventures with Russia’s Gazprom in Siberia, a potentially $3 billion impairment to Shell’s bottom line. The UK energy secretary, Kwasi Kwarteng, quickly tweeted his endorsement of these decisions: “There is now a strong moral imperative on British companies to isolate Russia.”

And yet, there seems to be more to BP’s decision than political arm-twisting. BP is the company whose reprehensible leaders were responsible for the catastrophic explosions on the Deepwater Horizon in 2010 that caused eleven deaths, injuries and the largest oil spill in history, and then lied about the size of the spill and denied media access to cleanup sites. Who will forget former CEO Tony Hayward’s callous comment that he wanted his life back, or chairman Carl-Henric Svansberg’s reference to the people of the Gulf of Mexico as the “small people”?

BP’s decision to exit Russia, including Looney’s undertaking to provide support and care “for our great people in the region,” undoubtedly reflect stark learnings from monumental mistakes made by the company. The language of leadership that Looney is speaking reflects the values of stewardship, the highest form of leadership. Stewardship requires leaders to think well beyond themselves and be in service to others and the greater good; it’s the art of the long-view. Looney, and other leaders at BP, obviously care about legacy, no matter the shorter term financial pain.

Investors, shareholders, employees, partners and the impacted communities of other energy companies with interests in Russia—and the wider public—are watching to see if these leaders will follow in BP’s decisive footsteps. Anders Opedal, CEO of Norway’s Equinor, was quick to announce: “We will now stop new investments into our Russian business, and we will start the process of exiting our joint ventures in a manner that is consistent with our values.” Equinor’s values-based decision came in the wake of the Norwegian government’s announcement that its sovereign wealth fund would divest of Russian assets. What about leaders in other energy majors with high stakes in Putin’s Russia—TotalEnergies of France, and ExxonMobil, an American company?

Even since Russia’s annexation of Crimea in 2014, TotalEnergies has continued to invest in energy projects in Russia, and now holds lucrative interests in Arctic LNG projects. Corporate leaders condemn Russia’s military aggression in Ukraine, and indicate the company would not move forward on new projects in Russia. As for existing business in Russia, TotalEnergies has indicated these investments are “under review.” France’s Finance Minister Bruno Le Maire is expected to meet with the CEO of Total, Patrick Pouyanne, to discuss, in Le Maire’s words, the “problem of principle in working with any political or economic personality close to Russian leadership.”

TotalEnergies’ leadership decisions contrast starkly with those of BP, Shell and Equinor. There is no mention of longer-term legacy; the focus seems shorter-term and financially calculated, albeit well-aware of the political terrain. In fact, this approach aligns to the company’s stated values—“safety, respect for each other, a pioneer spirit, the need to stand together and a performance-minded attitude.”  The leaders are walking their talk.

American super major, ExxonMobil, has been invested in Russia for a quarter of a century and has more than 1,000 employees working on projects there, most significantly, to support its role as operator of the Sakhalin-1 project. On March 1st, ExxonMobil announced it was “beginning the process to discontinue operations and developing steps to exit the Sakhalin-1 venture.” Safety of people, protection of the environment and integrity of operations were cited as essential considerations in ExxonMobil’s exit strategy. “Our role as operator goes beyond an equity investment,” the company reported in a statement.

Some insiders predict that western energy investors reluctant to exit Russia may rationalize their  decisions, arguing, for example, that remaining local and foreign joint venture partners will unfairly enjoy windfalls or that a massive exodus may work at cross-purposes to European Union and American efforts to avoid directly sanctioning Russia’s oil and gas sector. This approach to decision-making has the distinct flavor of compliance and risk management; we’re not breaking any laws, including sanctions, we’re just weighing the risks.

In times like these, stakeholders get to see the underbelly of “corporate values.” Skyrocketing oil and natural gas prices have made these energy companies financially robust but Putin’s gambit in Ukraine has made them politically exposed. And President Biden’s State of the Union address did little to reassure a spooked petroleum extraction business. Meanwhile, pressure to divest of assets in Russia isn’t likely to subside any time soon.

—Donna Kennedy-Glans was the first female vice president at CNOOC Petroleum (formerly Nexen) and the former Associate Minister of Electricity and Renewable Energy in Alberta, Canada. She is the author of Teaching the Dinosaur to Dance: Moving Beyond Business as Usual.