The power-generating industry needs cost-effective insulation and lagging systems that are installed correctly and that are thermally efficient. It is estimated that over the next five years this industry will spend in excess of $30 million to repair or completely replace the insulation and lagging that has already been installed on new selective catalytic reducers (SCR), steam-generating boilers, and wind boxes due to improper installation and design.

The average maximum temperatures at a steam generating facility (boiler exit flue gas, air ducts to the wind box, and saturation temperature on boiler walls) are typically between 500F and 700F. If you are making your selection solely on thickness and k-value (thermal conductivity), then almost all the insulation types commonly selected could be used to insulate a steam-generating boiler, wind box, air heater, economizer, precipitator, or baghouse because all the insulation types have about the same k-value at the mean operating temperature, where the insulation k-value is rated. It is also interesting to note that insulation k-values have not improved significantly in the past 30 years.

So if the k-values of the insulation are about the same, then we must look at the difference in the materials themselves and their impact on material and labor costs to determine proper material selection.

The table lists the four most common types of materials used in the power-generating industry to insulate boilers, wind boxes, flues, ducts, and air pollution equipment. 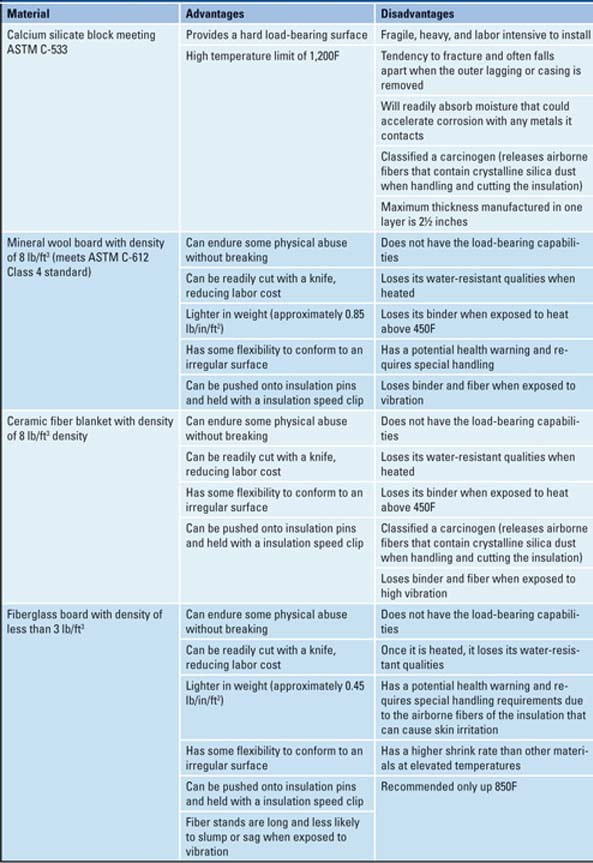 Lagging is the finishing material (steel or aluminum) used to cover many types of insulation, especially on the many large flat surfaces that are insulated in a power plant. Also known as cladding or sheet metal, lagging ranges in thickness from 0.032 inch to 0.063 inch for aluminum and from 20 gauge to 16 gauge for steel and does not include a vapor barrier. Lagging, in general terms, is a tailored job of covering the insulated areas to suit the particular installation and its configurations.

What is the purpose of lagging? First and foremost, lagging is used to protect the insulation it covers and is applied over insulated areas to present a true plane (a flat and even surface). It must be stiffened and fastened on adequate centers to prevent excessive deflection or “oil canning” when hot or cold.

Second, lagging is used to provide a weatherproof construction complete with proper flashings, slopes, and seals to ensure water run-off without the possibility of ponding or accumulation of water. You might think that this only applies to outdoor installations, but it also applies to indoor installations where companies water-wash their steam-generating boilers and equipment. Water is the enemy of any insulation system, regardless of how it got there.

Expansion and contraction requirements represent a major problem in lagging, especially on the steam-generating boiler, wind box, flue, or duct between the boiler and the air heater, or on the SCR. These systems operate under normal conditions with temperatures between 500F and 700F. Necessary provisions for expansion and contraction must be provided in the lagging design to maintain a neat and proper design when it is in service.

Insulation and lagging installation and design have a direct effect upon the amount of energy being used and/or lost at any steam-generating facility. The ability to keep installation costs down and having the right design for maximizing energy efficiency is directly proportional to the amount of fuel being used. For example, a 10-degree surface temperature decrease (from 140F to 130F, for example) on a steam-generating boiler will save approximately 8 Btu/hr/ft2. Based on $10 of energy savings per every 1 million Btu of heat loss, a steam-generating boiler with 100,000 ft2 of insulated surface area would save almost $3,000 a year (Figures 1 through 4). 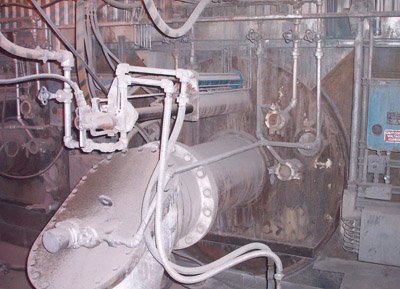 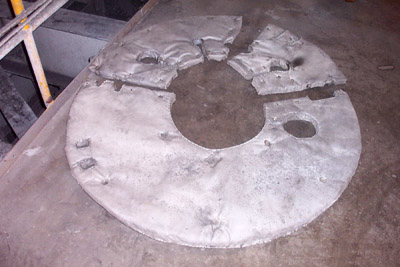 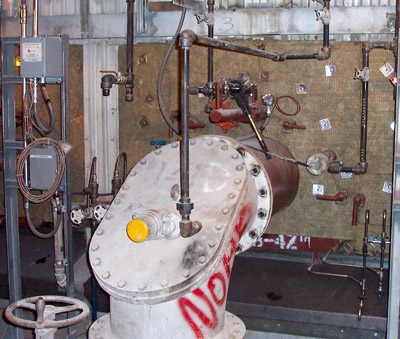 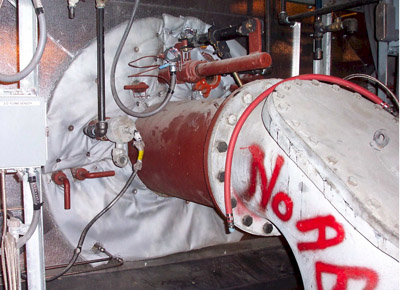