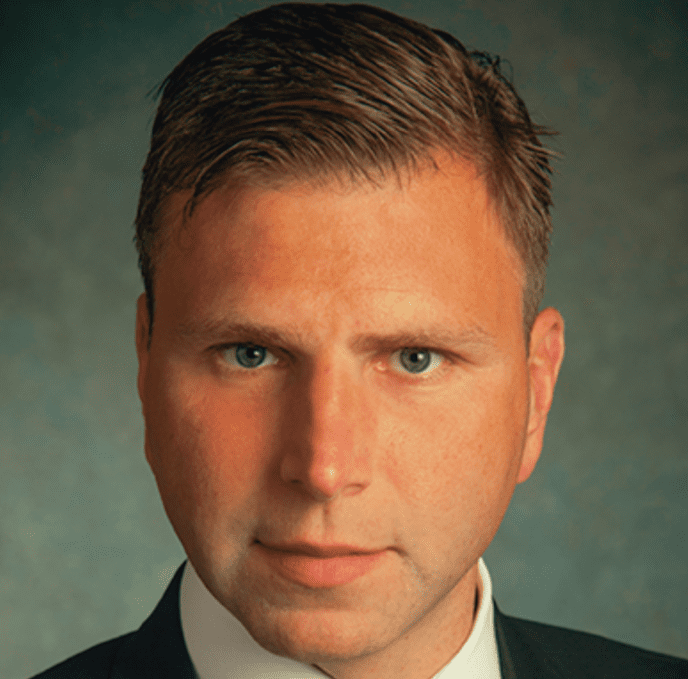 The Biden administration has made clear its intention to promote the transition to clean energy, setting ambitious goals like carbon neutrality for the power sector by 2035 and for the entire country by 2050. A critical step toward these goals was congressional passage of the $1 trillion Infrastructure Investment and Jobs Act (IIJA), which President Biden signed into law on Nov. 15, 2021.

In addition to spending for roads, public transit, electric vehicle charging networks, and safe drinking water, $65 billion was set aside by IIJA for clean energy transmission infrastructure and updating the electric grid. As emphasis on renewable energy sources gains momentum, questions remain on interim steps in this historical transformation.

Propelled by the infrastructure act, investment in infrastructure assets will accelerate and be marked by a growing focus on sustainability and technology. According to a survey of infrastructure decision-makers by White & Case, 49% of investors, financiers and developers saw greenhouse gas emissions as the top environmental, social and governance (ESG) consideration. Also, 68% and 61%, respectively, of non-U.S. and U.S. investors said sustainability is a key consideration as they weigh how to future-proof their investments.

Given this outlook, continued transition away from fossil fuels and into renewables will only increase, and the growing momentum, along with more available infrastructure funding, is bearing fruit. For example, in May 2021, HyDeal North America—a commercialization platform by the Green Hydrogen Coalition—launched a new initiative, HyDeal LA. The goal of this initiative is to cut green hydrogen fuel costs to $1.50/ kg by 2030 from the current $3 to $6/kg, according to a Deloitte study.

For its first project, HyDeal will partner with Los Angeles Department of Water and Power (LADWP) to convert Utah’s coal-fired Intermountain Power Project into a combined-cycle gas turbine facility. This facility will burn natural gas and green hydrogen to create power for LADWP’s customers.

Adoption of other renewable energy sources is also expanding. According to the Colorado-based National Renewable Energy Laboratory (NREL), 39 states now have community solar projects and 22 states have policies that support them. These projects allow customers who are unable to access solar energy for a variety of reasons to buy or lease part of an off-site shared solar photovoltaic (PV) system.

In addition, President Biden has focused on offshore wind development since taking office, with Executive Order 14008 calling for the doubling of offshore wind by 2030. In spring of 2021, the Departments of the Interior and Commerce approved the construction and operation of the Vineyard Wind project—the first large-scale, offshore wind project in the U.S., located off the coast of Massachusetts. The $65 billion earmarked by the IIJA for clean energy transmission will help move this energy from wind, as well as other renewables, to high-demand locations.

With the growing emphasis on climate change and increasingly more cost-efficient renewable fuels, major oil and gas producers are making commitments to reduce greenhouse gases. Companies such as Chevron and ExxonMobil, for instance, are exploring and embracing carbon sequestration to reduce their carbon footprints, as well as other technologies and process changes that may actually play an even larger role.

To effectively mitigate climate change, the oil and gas sector must reduce its emissions by at least 3.4 gigatons of carbon-dioxide equivalent (GtCO2e) a year by 2050, compared with policies or technologies currently in place—a 90% reduction in current emissions, according to McKinsey. Outside of process changes and carbon sequestration, another way to accomplish carbon-neutral goals may be to divest petrochemical assets in favor of renewables.

Additionally, as one of his first executive orders, President Biden issued EO 13990, directing the Environmental Protection Agency (EPA) to issue regulations under the Clean Air Act to reduce the oil and gas industry’s methane emissions. This was followed by a far-reaching U.S. Methane Emissions Reduction Plan in November 2021 that impacts agriculture, landfill, oil, gas and other methane emissions sources–and places additional pressure on the power sector’s carbon reduction efforts.

On another front, the pace of coal-fired power plant  retirements should accelerate in the U.S. over the next decade, and the U.S. Energy Information Administration (EIA) says that plant owners have indicated they plan to retire 28% of coal-fired capacity by 2035. Just in the past decade, the power industry reduced its carbon emissions by about 25% because coal closures were primarily replaced by natural gas-fired generation, which emits about half the carbon of coal.

The ‘Clean’ Effect on M&A and Investment Activity

The transition to cleaner fuel sources is gathering pace, but it comes with headwinds for oil and gas producers. In many cases, this has prompted increased consolidation, with merger and acquisition (M&A) activity ramping up across the sector, especially for independent U.S. producers. With natural gas prices jumping 40% last year and sparking acquisitions like Southwestern Energy’s $2.7 billion purchase of Indigo Natural Resources, it be will interesting to see if this trend will continue, driving increased M&A activity in 2022. Additional catalysts for M&A activity, in the short term, may include coal power plant conversions to cleaner fuel sources (e.g., natural gas), and the industry ramp up in renewable capacity and battery storage.

Asset divestiture by large oil and gas producers slowed following the spread of COVID-19 due to suppressed buyer interest, but there have been exceptions, including BP’s $5 billion sale of its petrochemical business to INEOS Oil & Gas last June. Such moves, according to Deloitte, can free up capital for renewables and net-negative carbon technologies, along with projects (even outside the sector) and M&A options. Other large producers may opt to rebalance their portfolios as well.

Also, as ESG concerns have recently increased, many private equity (PE) investors are moving away from oil and gas in favor of more carbon-neutral goals, and data from Preqin Pro reported by Bloomberg shows that capital raised for renewables PE funds now dominates the energy sector. Last year, the investment in renewables was on pace to eclipse that for fossil fuels by a factor of 25, and this trend should continue as IIJA funds reach the market.

The outlook for renewable fuel sources looks sunny, but darker clouds are on the horizon. Obie Ugboaja, lead analyst for North American Regulated Utilities at S&P, cautioned in December 2021 that the bigger picture needs to be examined, pointing out that the Biden administration’s carbon-free and net-zero goals will require elevated capital spending.

Currently, we are already seeing that wholesale prices are significantly higher because of the price of natural gas. In addition, the price of coal has increased recently because coal-fired generation has become cheaper than natural gas-fired generation. This winter will be a test for the energy sector that may indicate how the transition to renewable energy will play out in reality.