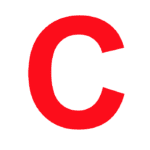 The New Madrid Power Plant is an important facility in the Associated Electric Cooperative’s portfolio of assets and is fundamentally important to the company’s mission to provide affordable and reliable power to member systems. The plant and grounds cover about 3,900 acres on the Mississippi River, where approximately 175 people are employed.

Originally built in the 1970s, the two 600-MW coal-fired units use about 400,000 gallons per minute (1,514,164 liters per minute) of water from the Mississippi River for cooling. After being filtered to remove debris, 99% of the used water is returned to the river in as good or better condition than before, as permitted by regulatory agencies.

Over decades of use, the carbon steel pipe for the potable water systems in the electric generating units at the New Madrid site had experienced corrosion and internal degradation on insulated pipe, resulting in blockages and eventually pinhole leaks. In addition to the pipe issues, because the plant is situated in a seismic area, there was bracing for increased stability in the water system that had to be considered in the plant upgrade as well. Furthermore, the system used to cool the electric generating units also delivers the plant’s potable water, so it was imperative that the upgrades improve the functionality of the entire system.

The owner wanted a reliable solution that would address the current system weaknesses and provide the strength to deliver continuing safe service for many years. With these project objectives in mind, the initial upgrade plan was developed using welded galvanized pipe.

There were two rather significant challenges with this approach. Using a welded flanged system would have posed many challenges for the owners. The welding process would have been extremely time-consuming and would not have allowed the project to be completed within the extremely tight deadline. Additionally, the requirements for welding galvanized pipe, as well as flanged valves, would have introduced potential safety hazards to the project.

The project build strategy had to be in compliance with Associated Electric’s culture and corporate objectives, which place safety as a top priority for people and the environment. This mandate led Enerfab, the contracting company awarded the water system upgrade project, to begin looking at alternative joining solutions for the galvanized and flanged piping. It’s goal was to reduce the potential for hazards on the site and deliver the required performance without adding time to the tight project schedule.

Cordell Ballew, project director, Enerfab Midwest, Power and Industrial, opted against welding. “If we had used welding and flanged with galvanized pipe, it would have been horrific,” he said, explaining that regardless of how the work was managed, workers would be exposed to toxic fumes. On the other hand, he said, “If we were to go with black steel instead of galvanized pipe, we would not be giving the owner what they wanted.”

Initially, Enerfab considered approaching the project in two phases, using welded galvanized carbon steel for pipe up to 18 inches and finding an alternative for larger diameter pipe. The problem with this plan was that the schedule had no flexibility, so there was insufficient time to design, fabricate, and install the pipe. “It was apparent that we needed a better option,” Ballew said.

Enerfab found the solution it needed by partnering with Victaulic. The collaborative relationship between Enerfab and Victaulic was valuable and ultimately contributed to the success of the project.

Using mechanically grooved couplings that could be delivered to the construction site prefabricated (Figure 1) would streamline work, allowing the use of galvanized pipe. And by leveraging the building information modeling (BIM) expertise of the Victaulic Virtual Design and Construction (VDC) team, Enerfab would have access to resources that would expand the knowledge base and capabilities of its own workforce.

The potable water system piping for both units had to be replaced completely in a span of four weeks, which meant the solution for each unit needed to be executed in a two-week window. From the point of contract award, Enerfab had to have piping on site in only two weeks.

Ballew said, “Keeping the schedule was vital because the cost for an outage amounts to approximately $1 million per day.”

The Victaulic VDC team immediately began reviewing the project details and discovered that the as-built drawings were not completely accurate. Identifying the discrepancies, the team was able to design a pipe system using a like-to-like replacement, using mechanical grooved couplings and valves instead of welded pipe joints and flanged end valves that allowed designers to compensate for the mismatch between the drawings and the site conditions. Ballew said this level of proficiency allowed Enerfab to get ahead of the schedule from the start.

“With our in-house capability, Enerfab employees would have had to visit the site to compare the drawings with the physical conditions,” he said. “Victaulic turned around a complete plan in three or four days. We wouldn’t have even managed to align drawings in that amount of time.”

The BIM services not only provided expertise, they eliminated rework down the road. “From beginning to end, they followed a seamless, well-thought-out process,” Ballew said, “providing input on potential problems and suggesting value engineering opportunities.”

The VDC team pointed out challenges—including areas where space was constrained—and in one instance identified an obstruction not captured in the as-built drawings that required the pipe system to be rerouted. There were multiple cases where the existing pipe length was incorrect, a problem Victaulic resolved by using additional spool pieces to extend the length (Figure 2).

“Suddenly, a gap of 16 inches wasn’t a problem,” Ballew said. “We just used the different standard lengths of Style 99 Plain End Couplings to connect where the joint needed to be rather than where the drawing showed it to be.” The functionality introduced by these couplings led to Enerfab’s decision to order additional Style 99 Plain End Couplings to have on hand should additional adjustments be needed.

The ability to integrate components like mechanical T outlets also added value throughout the project. “If we were worried that a connection point wasn’t accurately located on the drawing, we could use mechanical Ts or elbows to avoid potential interferences with the existing piping outlets,” Ballew said. “Things didn’t have to be precisely plumb, which enabled construction to continue even when site conditions complicated installation.” Furthermore, he said installing a mechanical grooved joint required about 75% less time than a welded or flanged system.

Another component introduced by the VDC team to expedite joining pipes with small diameters was the Victaulic QuickVic Small Diameter Installation-Ready coupling. This was another example of value engineering that allowed for the contractor to achieve 50% labor savings when compared to socket-welded carbon steel.

On-site grooving was an additional advantage. “By having a grooving tool at the site, we suddenly had the construction flexibility to save a lot of time,” Ballew said. After on-site training provided by Victaulic, the Enerfab crew was able to groove couplings to quickly make up connections and ensure construction remained on schedule.

Using BIM software to provide fabrication packages was another significant value added throughout the project, Ballew said. Spooling components fabricated in a controlled environment allowed improved quality control and enabled scheduling and delivery to optimize time spent on construction. It also minimized overages and ensured there were no shortages.

“The spools provided had all the pieces marked in a manner that showed where each section would be installed—even on the longest piece used on the job,” Ballew said. “We could offload everything and make up the pieces in a stationing area rather than doing it in the field, and that saved a lot of time.” According to Ballew, the VDC team even helped with sourcing and supply chain management to improve project lead times and overall project management.

The Value of Partnership

Achieving success on this project was due in great part to Victaulic’s role as an invested partner, Ballew said. While any partner can suggest areas where its products and services can add value, it takes a dedicated and strong team to make the effort to fully understand the project so they can identify issues that could compromise project objectives, communicate challenges to the contractor as issues arise, and work to find solutions and deliver value.

The partnership enhanced delivery speed for materials shipped to the site, and simplified problem-solving, with team members working cooperatively to find practical solutions that streamlined the project, resulting in a reduced amount of work required for project management and installation.

“VDC was very engaged with project execution across the board, and communications were exceptional,” Ballew said, noting that the experience and commitment of the VDC team, and its ability to identify and resolve issues, added value every step of the way. In the end, Ballew said, Enerfab’s early completion of this project was directly tied to the cooperative environment made possible by this partnership.

—Dan Christian is a chartered energy and petroleum engineer, and director of the Global Power Market at Victaulic, and Chris Iasielo, PE is a power generation specialist at Victaulic.