Exelon Power’s Fairless Hills Generating Station (Figure 1) is a two-unit, 60-MW power plant purchased in 1997 from USX Corp. (then known as U.S. Steel). It recently was reconfigured to burn captured landfill gas, rather than its design fuels—oil, natural gas, and waste gases from an adjacent USX steel plant. Each of the plant’s boilers supplies 300,000 lb/hr of steam at 850 psi and 900F to its turbine-generator (Figure 2). 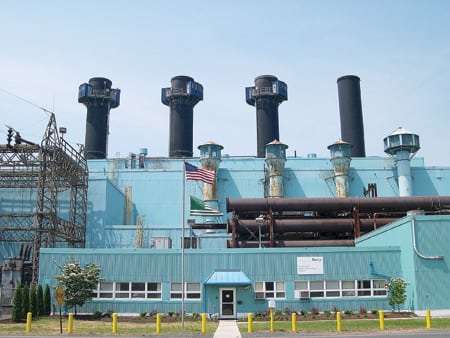 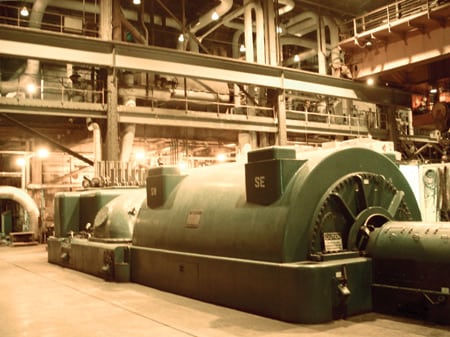 Waste not, want not

Soon after purchasing the plant, Exelon (PECO at the time) retrofitted both of the plant’s boilers to burn landfill gas by replacing their burners and burner management systems. The methane-rich gas comes from the nearby Grows and Tulleytown landfills, which are owned and operated by Waste Management Inc.

Exelon is reducing its overall greenhouse gas emissions by using more landfill gas to generate electricity (see box). Burning it produces less emissions than burning fossil fuels while making use of an energy source that otherwise would have gone to waste. The carbon dioxide (CO2) in landfill gas is considered biogenic, or part of the natural carbon cycle.

Although Exelon deserves credit for repowering Fairless Hills Generating Station to extend its life by enabling it to fire landfill gas, the project is only one of the company’s ongoing efforts to reduce its overall greenhouse gas emissions.

In addition to methane and CO2, uncontrolled municipal solid waste (MSW) landfills also emit nonmethane organic compounds (NMOCs). Among them are hazardous air pollutants and volatile organic compounds that contribute to ozone formation. Burning the landfill gas to extract its energy significantly reduces emissions of methane and NMOCs. Nearly 400 MSW landfills in the U.S. recover and combust landfill gas to generate heat or electricity. More than 450 other MSW landfills flare the gas.

In 2004, Exelon Power began a two-phase project at Fairless Hills to exploit the gas being captured at adjacent landfills. Phase I entailed refurbishing the plant’s two boilers and one of its turbine-generators to their original design condition. Over the years, the burning of waste gas from the steel mill took its toll on boiler efficiency. The units also were upgraded to improve their performance on landfill gas, which has a heating value of 350 to 600 Btu per cubic foot, about one-half that of natural gas.

In December 2004, Exelon committed to invest $4.2 million to upgrade the two boilers and one turbine-generator. About 25% of the boilers’ superheater tubing was replaced, as were all of the steam separator tubes in the main steam drums. The tubes limit the amount of sodium carryover into the turbine, where it can deposit on components and foster corrosion and reduce unit efficiency.

Other upgrades included the wholesale replacement of refractory on the boiler’s front wall and around its burners, repair of the refractory in the burner throats, and construction of a new refractory shelf across the superheater tubes of the boiler and furnace.

On the electrical side, Phase I work included replacing 50% of the turbine’s rotating blades and making extensive repairs to its stationary blading and seals (Figure 3). New turbine supervisory instrumentation (Figure 4) enables plant operators and engineers to better analyze and correct vibration and bearing temperature problems. 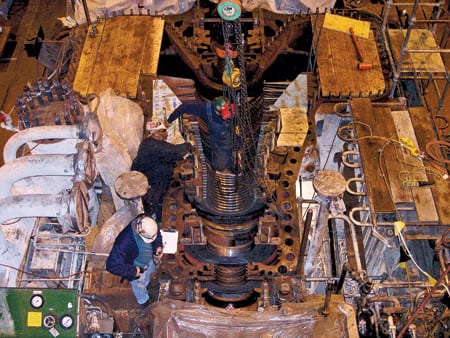 3. Turbine on the half shell. Each of the steam turbines was overhauled as part of the repowering project. Courtesy: Exelon Corp. 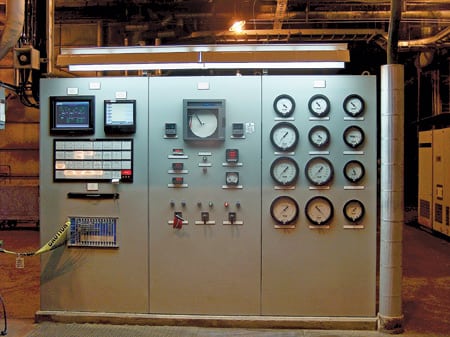 Exelon Power recently completed Phase II of the upgrade project. During a planned outage, about 80% of the turbine’s rotating and stationary blading was replaced. The turbine supervisory instrumentation system also was rewired and equipped with new control panels.

Finally, Fairless Hills Generating Station also got a new boiler water treatment plant (Figure 5) with a capacity of 150 gallons per minute. The old plant, which needed significant repairs, also ended up oversized when USX decided to shut down the steel mill, which had been receiving steam from the power plant. 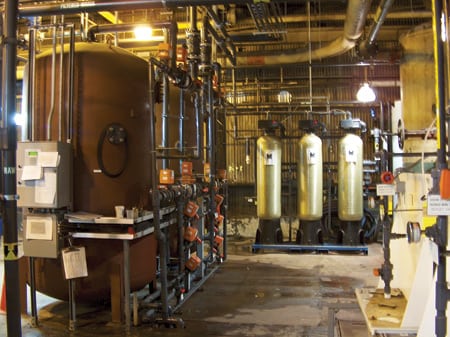 As a result of this project, Fairless Hills Generating Station is now the highest-rated landfill gas–fueled power plant in the U.S, with a maximum capacity of 60 MW. It has passed the 48-MW Puente Hills project in Los Angeles. However, Fairless Hills currently generates only 32 MW from landfill gas because supplies remain limited by delivery constraints.

As Exelon has been upgrading its Fairless Hills plant, Waste Management has been working to ensure that enough landfill gas will be available to fuel it. The company has been increasing the size of its landfills, installing new wells to extract more gas from them, and upgrading the capacity of its and Exelon’s compressor stations for moving the gas around southeast Pennsylvania.

Like natural gas, landfill gas is transported through pipeline networks. Waste Management compresses the gas from its Tulleytown landfill before sending it to Pennsbury Power Plant—a two-unit, 6-MW gas turbine facility owned and operated by Exelon that also fires landfill gas. At Pennsbury, Exelon uses three 22,000-rpm compressors to mix this gas with gas from the Grows landfill and push it to the boilers at Fairless Hills.

Prior to the upgrade project, the Fairless Hills plant was burning about 10,641 standard cubic feet per minute (scfm) of landfill gas, which was all that Waste Management could provide. Today, it can produce up to 32 MW from the 15,000 scfm of landfill gas it receives daily. Exelon projects that by 2013, Waste Management will be able to provide 22,997 scfm per day to Fairless Hills.

—Ben Armstrong is a senior communications specialist for Exelon Corp. (www.exeloncorp.com). He can be reached at benjamin.armstrong@exeloncorp.com or 610-765-6914.