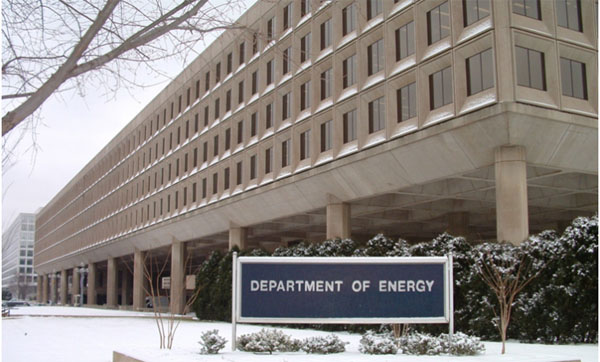 This is the story of an energy project.

Last November, the project partners, a nonprofit wholesale power supplier and a major power industry holding company, agreed to a 75/25 deal to build and operate a new, state-of-the-art facility. Its capacity would replace generation being lost as one of the second company’s coal plants was being forced to shut down in the face of expensive emissions upgrades. The project was to be funded in part by a $3 billion-a-year program put in place by the 2009 American Recovery and Reinvestment Act—a.k.a., President Obama’s stimulus package.

But when the federal budget sequestration went into effect this spring, this particular program was one of those that got whacked. On March 1, the funding spigot was tightened (though not turned off).

On May 8, the partners announced that they had canceled the project because the lost funding made it uneconomic.

This might sound like another green energy project dependent on Department of Energy handouts, but it’s not. The 873-MW plant, which FirstEnergy and American Municipal Power (AMP) had planned to build in Eastlake, Ohio, on the site of FirstEnergy’s existing five-unit coal plant, was going to be a straightforward combustion turbine peaking plant.

The stimulus package program at issue, Build America Bonds, provides special tax credits and subsidies to reduce the cost of borrowing for state and local governments. Though the program ran only from April 2009 through the end of 2010, the $188 billion worth of bonds that were issued continue to receive subsidies to support them. That, not surprisingly, has made them the hottest segment of the municipal bond market, according to Bloomberg. This year Build America bonds have returned 0.7%, compared to a 0.4% gain for the muni market as a whole. But when the sequester kicked in, those subsidies were cut.

Though the reduction was hardly dramatic (from 35% to 32%), it was apparently enough for FirstEnergy and AMP to decide that the numbers for the Eastlake project no longer made sense. FirstEnergy still needs to decide what to do with its aging coal plant, but for now, it’s not getting a federally supported replacement.

Plenty to Go Around

While green-energy subsidies and some high-profile failures have grabbed a lot of recent headlines, it’s worth remembering that almost nothing in the power sector goes on without some sort of government oversight, interference, or support. The point here is not necessarily to compare this one aborted gas turbine plant with, for example, the Solyndra Affair, but to point out that casting this debate as some battle between green energy socialism and free market fossil fuels misses the mark by a wide margin.

As contributors Stephen F. Greenwald and Jeffrey P. Gray note in this month’s POWER Legal & Regulatory column, much of this argument seems to take place in the midst of some sort of reality-distortion field:

Electricity is perhaps the most regulated, government-intrusive industry in the nation. Accordingly, challenging any governmental energy program—whether it is promoting renewable mandates, encouraging oil exploration, or siting nuclear waste disposals—as being an affront to our capitalistic society ignores reality.

In what other industry would market participants tolerate having a government agency tell them what they’re allowed to spend their money on, how much they can charge their customers, and dictate what return they’re allowed on their investments? Or tell them they must sell their product at cost, with no markup? And, all these decisions having been made, their customers must pay the prices arrived at, with no opportunity for negotiation and no meaningful participation in how they’re set?

Yet these are exactly the sorts of things that go on in regulated electricity markets. Even “deregulated” markets are still subject to overt interference in how products are sold and priced, with participants having to take part in officially supervised auctions governed by Byzantine rules that require advanced degrees in mathematics to understand. There is nowhere in the country, even ostensibly free market–loving Texas, where retail customers can purchase electricity like they purchase milk at the grocery store, with prices set by nothing but open competition between providers.

A Long History of Oversight

There are reasons for all this, of course, reasons that POWER readers are no doubt fully conversant with. One reason that no region has gone as far as ERCOT in deregulating electricity is likely because, as ERCOT has discovered, too much of a free market for power seems to undercut incentives to plan for the future. Texans pay some of the lowest electricity prices in the nation—so low that investors see little reason to invest in new capacity there, causing reserve margins to drop into dangerously low territory.

In fairness, of course, one must take note of the other end of the spectrum in California, which has weathered the absence of the San Onofre Nuclear Generating Station (SONGS) in good shape, at the expense of paying some of the highest rates in the country. Last month, the California Public Utility Commission (CPUC) rewarded SONGS part-owner San Diego Gas & Electric (SDG&E) with a four-year, $500 million rate increase. Until the CPUC tells it otherwise, SDG&E plans to continue recovering costs from its ratepayers for a plant that hasn’t generated any electricity in 18 months and may never do so again.

The point in all of this is not to take sides on green-vs-fossil fuels or regulated-vs-deregulated, but rather to note that this debate takes place along a continuum. The Manichean “socialism or capitalism,” “picking winners and losers” arguments that dominate current political discourse over energy do little more than distract from more important debates over future reliability, the impacts of climate change, and the best long-term use of investment dollars.

The reality is that the entire power sector relies to varying extents on government support and struggles to other extents against government oversight. That’s the reality, as it’s been for the last 100 years.