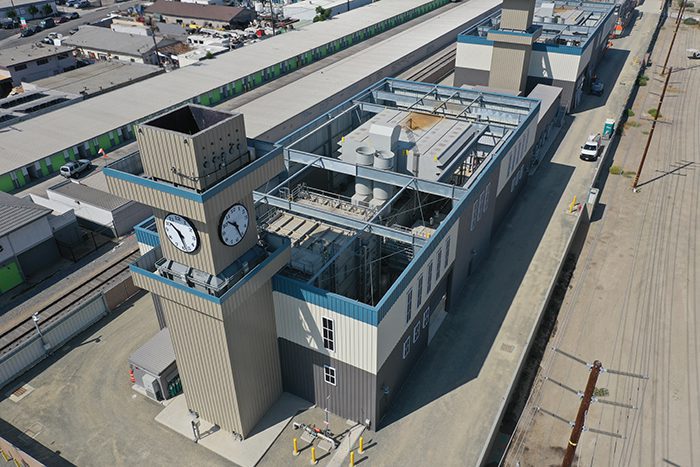 California has long been a leader in the world’s transition toward renewable energy. In 2018, California established a landmark policy requiring that 100% of electric retail sales to customers in the state be supplied by renewable and zero-carbon energy resources by 2045. The U.S. Energy Information Administration has reported that renewable resources, including hydropower and small-scale (less than one MW) customer-sited solar photovoltaic systems, are already supplying more than half of California’s in-state electricity generation. In March this year, the California Energy Commission (CEC), California Public Utilities Commission (CPUC), and California Air Resources Board (CARB) issued a joint agency report that found the state’s clean energy goals are indeed achievable, and in multiple ways.

Yet, the state has also felt the effects of power shortages in recent years. In mid-August 2020, while the Western U.S. was experiencing some of the most extreme heat it has encountered in recorded history with temperatures in some locations up to 20F above normal, the California Independent System Operator (CAISO) was forced to initiate rotating outages to maintain grid stability. Hundreds of thousands of customers were affected by the rolling blackouts for periods of up to 2.5 hours. Power companies, grid operators, and regulators all came under scrutiny as a result.

This year, with hydroelectric facilities facing low reservoir levels due to drought, and wildfires impacting transmission lines used to import energy to California from the north, Gov. Gavin Newsom acted in July to free up additional energy capacity. In addition to signing an emergency proclamation, which suspended certain permitting requirements to enable the use of backup power generation, among other things, he also signed an executive order allowing the emergency use of auxiliary ship engines to relieve pressure on the electric grid.

Then, in August, the CEC approved licenses—good for up to five years—for gas-fired power units to help the state cope with electricity shortages. The move allowed the Department of Water Resources to procure five temporary gas-fueled generators, each with generation capacity of 30 MW, for installation at existing power plants.

One state-of-the-art power plant that has fulfilled its promise, and added reliability and stability to California’s power grid is the Stanton Energy Reliability Center (SERC). SERC is a hybrid energy storage system based on a package called EGT, which was jointly developed by General Electric International Inc. (GE) and Wellhead Power Solutions—the technology affiliate of Wellhead Electric Company Inc. EGT combines combustion turbine technology with an integrated battery storage system operated by a proprietary software system, thereby providing a broad array of unique reliability benefits that neither turbines nor batteries can provide on their own.

In the case of SERC, the station consists of two GE LM6000 gas turbines, each integrated with a 10-MW/4.3-MWh battery (Figure 1), providing a total output of 98 MW. As the first greenfield application of this cutting-edge hybrid system, SERC is a model for future projects and a deserving winner of a 2021 POWER Top Plant award in the gas-fired power category.

“The ideation of the EGT hybrid concept came as a result of an observation that the California ISO seemed to be frequently dispatching peaker projects to their Pmin [the minimum normal capability of the generating unit], seemingly for reliability purposes and not for energy, with a relatively large emission of greenhouse gases and other pollutants,” Grant McDaniel, director of Hybrid Energy Engineering with Wellhead Power Solutions, explained. “The inventors of the EGT hybrid concept discovered that with hybridization a peaker’s operating characteristics could be expanded to include greenhouse gas–free spinning reserve and emissions of all forms would be dramatically reduced. In practice, this reduction of greenhouse gas and other emissions has been realized.”

EGT technology provides for larger operating ranges and instantaneous ramping, making it the perfect fit to provide gas-free reserves, net-load following, and peak energy when it is needed most. Among the benefits are:

■ Duration of Gas. The plant provides 98 MW of continuous output, with 20 MW of battery capacity to help ensure Pmax (the maximum normal capability of the generating unit) is reached when needed.

■ Flexibility of Storage. The battery systems provide +/– 20 MW of instantaneous output throughout the operating range. This allows a true blended output in which the power split is optimized to the resource best equipped to respond, which delivers the highest performance at the lowest cost.

■ Larger Operating Range. With a Pmin of 0.00 MW with or without the gas turbine running, the range is effectively 100% of plant capacity. The station allows spinning reserve without gas burn, highly accurate fast-ramping regulation, and immediate response net-load following.

■ Key Project for Integrating Renewables. SERC provides rapid-response delivery of energy and voltage support services that are essential to grid reliability and stability as more intermittent renewable energy sources are integrated into the electrical grid.

SERC is located at 10711 Dale Avenue on the southeast corner of Pacific Street and Fern Avenue in the City of Stanton. Wellhead project managers told POWER that the project layout was “perhaps the most significant challenge faced by the construction team.” The shape of the roughly 4-acre property is long and narrow with a storm channel running through the middle of it and high-voltage lines running over a small portion of the site. SERC worked closely with the engineering and construction teams, including POWER Engineers, ARB Inc., and TTS Construction Corp., to find solutions to these layout challenges.

Because of the project’s greater than 50 MW size, the CEC licensing process was used, which required approximately two years of project development and certification before construction could begin. The CEC approval was granted in late 2018. The following timeline shows some of the project’s major milestones:

■ Commercial operation of the battery plant—October 2020.

The project team faced a significant challenge right from the start. Soon after the groundbreaking, Stanton received an abnormally large amount of rainfall, which affected the over-excavation, off-haul, and disposal of soils. This significantly slowed the civil works.

To complicate matters, COVID-19 became a concern in early 2020 as the project was in full swing. This forced additional measures to be implemented to ensure worker safety, in accordance with Centers for Disease Control and Prevention, and California Occupational Safety and Health Administration guidance. Through the course of the project, which included more than 200,000 man-hours worked by craft labor, there were only seven events requiring first aid, no lost-time or recordable accidents, and remarkably, no workers contracted COVID-19. Tim Bofman, Wellhead’s construction site manager, observed that adherence to general power plant and construction site safety culture likely contributed to this success. Furthermore, despite the trouble, the project was designed with adequate schedule float to allow the construction team to meet the required commercial operation dates as planned.

A Pillar for the Community

During the development phase of the project, SERC executed a Project Labor Agreement with the California Building Trades, which meant the project was constructed with almost exclusively union labor. As such, SERC had very high confidence in the proper training of the craft provided. During the height of construction, craft labor exceeded 100 persons.

The project includes a unique aesthetic treatment with a roofless building surrounding each of the SERC units. Clock towers hide the gas turbine exhaust stacks, providing a new and unique landmark for the community (see opening image). The roofless building also serves as an acoustic barrier. Wellhead Project Manager Paul Cummins reported that SERC is performing very well with respect to acoustic emissions.

Concerning the project’s air permit, Cummins said the limits for criteria pollutants are applicable regardless of unit power output. “To accommodate this requirement, SERC worked with its Emission Reduction Unit (ERU) vendor, Mitsubishi Power Americas, to include adequate design margin for a range of power outputs,” he said.

“The project had wonderful community support,” Kara Miles, owner, president, and CEO of W Power, told POWER. “The owners have responded to this in various manners to include a public-private commitment to the Stanton Central Park and STEM [science, technology, engineering, and mathematics] scholarships for the local high schools.”

The SERC units have lived up to expectations, and even exceeded them with respect to reliably providing greenhouse gas–free ancillary services the majority of the time, and peaking energy only when necessary. As of Sept. 1, 2021, the year-to-date availability for the plant was slightly above 99%. This is clearly worthy of recognition and POWER congratulates the SERC team on a job well done.