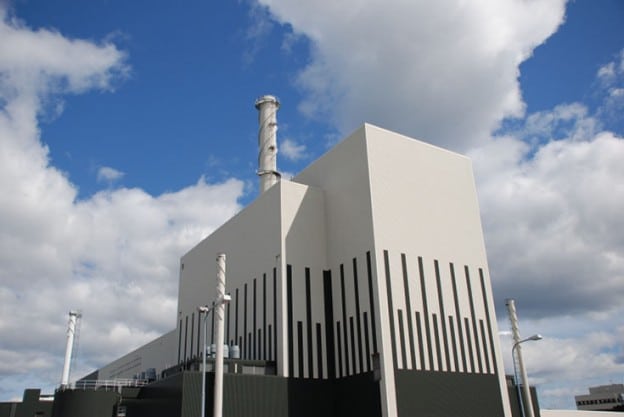 At noon on Sunday, Sept. 29, 2013, Oskarshamn Unit 3 (O3) was manually shut down due to a large amount of jellyfish present at the cooling water intake.

O3 is a 1,400-MW nuclear plant located 30 kilometers north of the town of Oskarshamn on Sweden’s east coast. The Oskarshamn facility includes three units, which are owned and operated by OKG. Together the plants account for 10% of the total electricity generation in Sweden. The 473-MW O1 was commissioned in 1972 and was Sweden’s first commercial nuclear power unit. The 638-MW O2 began operation in 1974. O3 was put into commercial operation in 1985 and is the world’s largest boiling water reactor.

O3 has suffered recurrent operational disturbances over the last several weeks due to a number of separate independent failures in the facility. On Sept. 1, a control valve in the conventional turbine system caused a shutdown of the plant. This was followed by problems with another control valve in the turbine plant and a failure in the protective equipment for the facility’s transformers. In connection with a disturbance in the internal power supply system that occurred on Sept. 10, a leakage of cooling water was detected in the generator at O3. The leakage was repaired and the facility began supplying electricity to the grid again on Wednesday, Sept. 25. Now the problem with jellyfish has forced the plant offline again.

The company reported that the entire O3 organization has done a very good job dealing with the issues. The fact is that O3 had been operating very reliably throughout 2013 until the recent struggles. It was within about one month of generating more electricity than ever before during a single calendar year. The trouble arose at a most inopportune time as a new winter season approaches, bringing increased energy consumption. Nuclear power is an important component of Sweden’s electricity system and helps maintain stability throughout the grid.

Of course, problems with condenser fouling are not isolated to the plants in Sweden. POWER has reported previously on problems at plants in Scotland and Israel, and issues with jellyfish have been witnessed at plants in Japan and many other countries. Many plants throughout the United States face fouling issues caused by fish and other aquatic life too.