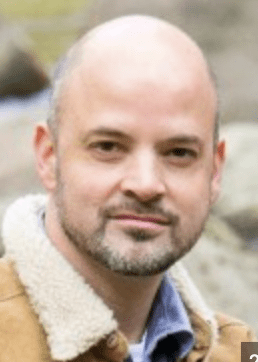 As the world looks toward innovative technology to help reduce the carbon footprint, scarcity of resources has become a significant challenge.

The differences between fuel cells and batteries are not always well understood. In this article, we will examine the differences and the role they will play in future innovations.

A Different Way to Generate and Store Electricity

Unlike batteries, fuel cells do not store chemical energy in their components. Instead, they generate energy by converting the potential energy stored in hydrogen or other hydrogen-rich fuels such as methanol, ammonia, and ethanol.

Much like batteries, when fuel cells are connected to an electrical circuit, hydrogen ions move from the cathode to the anode, converting chemical energy into electrical energy.

Lithium-ion batteries are built using materials that are in short supply such as lithium, nickel, and cobalt. Although production of these materials is increasing by more than 25% per year, there simply aren’t enough minerals available on the planet to meet the demand.

A $2.4-billion lithium project set for Serbia was shut down in 2022 due to environmental mining concerns, which some experts say is likely to prolong the shortage for years to come.

As a result, several countries (and companies) are trying to gain control of the resources required to build batteries. Inevitably, others are left without the possibility to build them.

At the same time, shortages result in higher prices. Countries that have to import these scarce metals cannot control production or pricing. That’s a major reason why India is trying to move away from lithium-ion battery technology and toward fuel cells.

Others are trying to develop batteries that rely less on scarce resources. For example, LiFePO4 batteries (Lithium Iron Phosphate) use lithium but do not require nickel or cobalt. Researchers are also attempting to build other types of batteries with even more common materials, but they have yet to yield acceptable performance levels.

Fuel cells are less complicated in terms of resources. They use common materials like aluminum and stainless steel in their construction. Their fuel, hydrogen, is also the most abundant chemical element in the universe.

No energy source is 100% efficient. Some energy is lost when it is transformed into other forms of energy. Energy can be lost in multiple forms such as heat, light, sound, or magnetic loss. The goal is to reduce the amount of lost energy to improve efficiency.

EV powertrains using batteries or fuel cells are significantly more energy efficient than gas-powered engines, which can lose as much as 80% of their energy through engine heat, evaporation, oil extraction, refinement, and transport. However, batteries and fuel cells are not immune. Energy loss can occur during storage, charging, and discharging.

Batteries suffer significantly lower energy losses than fuel cells. Batteries can reuse between 80–90% of the chemical energy stored. Some of the energy lost to heat can be reused for other purposes, such as to provide heat in an EV’s cabin or even to warm up passenger meals in airplanes.

Reusing the energy lost as heat is called cogeneration. EV manufacturers efficiently use this method to reduce battery drain. By heating the cabin with energy lost from heat, they can avoid draining down the battery power.

Fuel cells, by comparison, generally transform 40% to 60% of their energy to produce electrical power. Using cogeneration from waste heat can theoretically improve fuel cell energy efficiency to as high as 85%.

In cold weather, fuel cells can be almost as efficient as batteries. This is because EV batteries use up to 40% of the electrical energy for heating.

One frustration for EV owners is the time it takes to charge their vehicles. Charging an electric battery takes time. For regular EV batteries, a full charge can take between 45 minutes and 2 hours. In the best-case scenarios, fast charging takes between 20-25 minutes.

To achieve fast charging times, batteries must be maintained within very specific temperature tolerances. They may need to be cooled down, as the current going into the battery produces excess heat. They may also need to be heated up in colder locations, as batteries cannot be charged below 0C.

While larger batteries can be charged at a higher power (i.e., more kW) than smaller batteries, their charging time is typically much longer. For commercial vehicles like delivery trucks, buses, trains, and airplanes, charging times become a lot longer because charging stations have not yet been adapted for larger batteries.

For example, many EV buses require four to five hours to charge, a time that is impractical in many situations. The time required to charge commercial vehicles could be drastically reduced, but we need to develop specialized stations capable of charging at a much higher power (i.e., in terms of megawatts). Tesla, for example, recently announced a charging station capable of charging at more than 1 MW.

Filling up a fuel-cell vehicle is much faster than charging up an electric vehicle. Fuel cell tanks are filled up with hydrogen-rich fuels, much like gas-powered cars are filled up with gasoline. It can be done in just a few minutes. This makes fuel cells very attractive for commercial vehicle applications, as it reduces charging times to practical levels.

Fuel cells and batteries are part of the solution for a greener future, but it doesn’t mean they have no environmental impact. They simply replace technologies that are way more polluting.

Fuel cells need hydrogen-rich fuel, and how that fuel is produced matters. A color classification system was developed to understand the origin and environmental impact of hydrogen. For example:

If the hydrogen that we produce comes from polluting energy sources, our efforts are counterproductive.

Similarly, the electrical power used to charge batteries can also come from different sources like wind power, hydropower, and coal and can also impact the environment.

Nickel dust can also contaminate the air we breathe if industries are not subjected to strict environmental regulations. In Canada, the government eased air quality regulations for nickel production hoping to make it more attractive to battery manufacturers, but it stirred up debates on the battery manufacturing industry and its impact on public health.

As the world continues to create and adopt innovative technologies, we also need to understand the new issues that may result and continue to update how we manage safety.

Lithium-ion batteries and fuel cells are not without danger. Fuel cells use hydrogen and hydrogen-rich fuels, which are highly flammable and explosive. Hydrogen is stored as a gas or a cryogenic liquid in pressurized tanks. If a crash happens with a hydrogen-powered car, there can be a massive explosion.

The Toyota Mirai stores hydrogen gas in three separate tanks, compressed at a pressure of 10,000 pounds per square inch (psi). While the tanks are carbon fiber reinforced to withstand extremely violent impacts, the potential for explosion is still there, which is why some say driving around with hydrogen-filled tanks may not be the safest idea.

With lithium-ion batteries, fires can be very difficult to extinguish due to what is called a thermal runaway. Still, there is no explosion, allowing passengers time to get out of the vehicle. This is because batteries are designed to slow down failures, making them happen progressively. They often simply begin with a smell or fumes. After several seconds, minutes or even hours, failures turn into a chain reaction that goes from cell to cell.

Fuel cells and batteries both have significant potential for the future. Innovation can improve safety and reduce environmental impacts even further.

Batteries are the more mature solution, having been around for more than two hundred years. However, we may have already reached what’s close to peak energy density with batteries. Fuel cells are a less mature technology but may offer a storage solution for applications that require a higher range.

Today, different sectors of the automotive industry are taking different directions for their electrification. Lithium-ion batteries have become the solution of choice for most automotive applications, while fuel cells are preferred for commercial vehicles like buses, trains, trucks, and airplanes. Countries that have little control over battery production also seem to be moving toward fuel cells.

—Stéphane Melançon is an expert on electric vehicle technology with Laserax, a Canadian group that provides manufacturing industries with laser technology.