Large-particle ash (LPA), also called popcorn ash (Figure 1), is a serious concern for many coal-fired utility boiler operators who have retrofitted their unit(s) with a high-dust selective catalytic reduction (SCR) system. LPA formed in the boiler can easily carry over into the SCR reactor (Figure 2), where it often causes catalyst erosion damage and catalyst pluggage, which can lead to poor distribution of flue gas, unacceptable ammonia slip, excessive pressure drop, and reduced SCR performance. 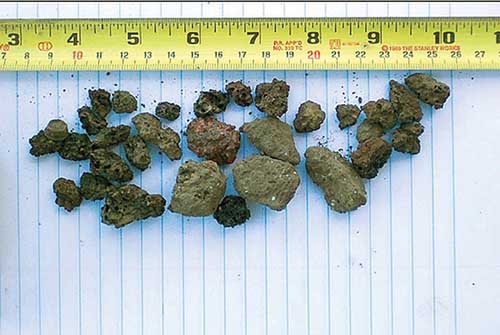 1. This large, "popcorn" ash can carry over into the SCR reactor and plug and erode its catl 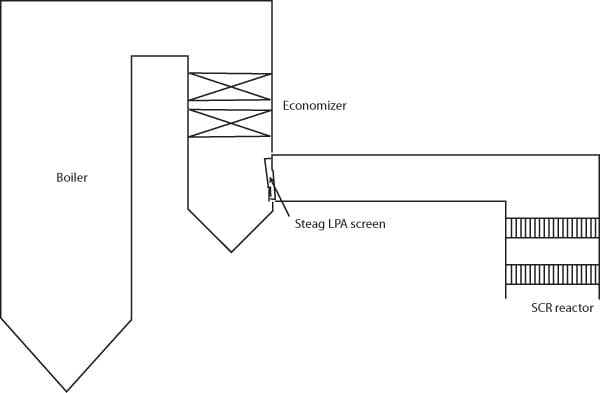 2. A screen of certain design and materials placed between the economizer outlet and the SCR system can trap popcorn ash. Source: Steag LLC

To address the problem, equipment manufacturers and utilities have experimented unsuccessfully with various types of LPA screens — hard-framed screens, straight and angled flat screens, and straight but flexible curtain-type screens. For years, none appeared capable of performing satisfactorily in the long term.

However, in 1996 an effective LPA screen design was developed and proven effective after LPA problems arose at the twin 760-MW units of Steag’s Voerde Power Station in Germany. Much LPA was being created during combustion, and it was plugging up and severely eroding the honeycomb catalyst of each unit’s SCR system. The coal being burned had an ash content of up to 15%, and the average flue gas velocity was as high as 45 ft/sec, so the operating environment was considered "very aggressive."

In an attempt to solve the problem, Steag engineers extensively modeled — both physically and virtually (using computational fluid dynamics) — the boiler and downstream equipment of each unit. The models sought to reveal the relationships among LPA size, flue gas velocity, and pressure drop across screens of various types and sizes. Initial results suggested that installing a flat screen and making modifications and/or additions to the hopper and outlet of the boiler’s economizer and to downstream ductwork would reduce catalyst pluggage and erosion. But a prototype solution failed to work: Several flat screens either plugged up, dissolved very quickly, or did both.

Eventually, a different kind of screen proved able to reliably prevent carryover of LPA into the SCR reactor by removing the ash from the flue gas stream. This screen, which also resisted its own pluggage and erosion, was installed at the boiler’s economizer outlet. Locating it there facilitated dumping of the extracted LPA ash into the economizer hopper, from which it can be removed continuously (Figure 3). 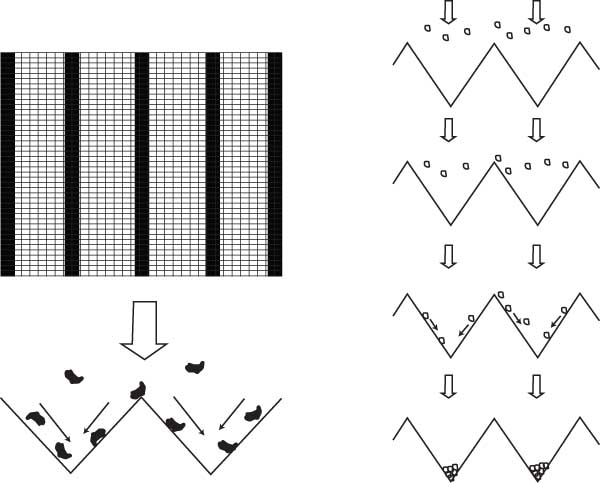 3. The Steag-designed large-particle ash (LPA) screen is pleated to optimize the angle of attack of the ash. This reduces both the flue gas velocity through the screen and the pressure drop across it. Source: Steag LLC

The salient design features of this unique LPA screen were: 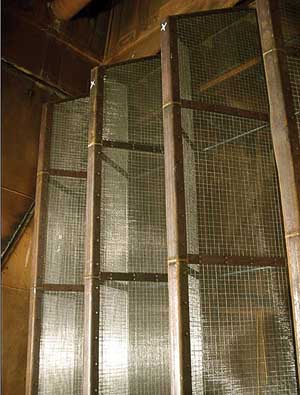 4. The internals of the Steag screen. Courtesy: Steag LLC 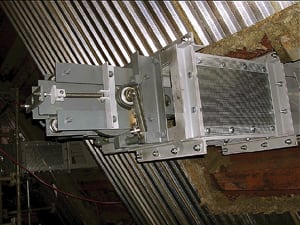 5. Hinged LPA screens can be automatically cleaned by a rapper. After being pulled away by the rapper, the screen is released and swings back against a stop. Hitting the stop dislodges trapped LPA, which can then be dropped into the economizer hopper for continuous removal. Courtesy: Steag LLC

After the screens were installed in 1996, Voerde Power Station experienced no more problems with LPA carryover. Several coal-fired units equipped with SCR systems in Europe and the U.S. followed suit and achieved similar success.

In the spring of 2005, the Steag-developed LPA screens were installed on two bituminous coal-fired units in the U.S. One was at a plant in northern Indiana that wishes to remain anonymous, and the other was Unit 3 of Dayton Power & Light’s (DP&L’s) J.M. Stuart Electric Generating Station in southern Ohio, operated by Dayton Power & Light Co.

The unit in northern Indiana was able to make do with uncoated stainless steel wire mesh screen inlays because the average flue gas velocity in its economizer outlet duct was no higher than 60 ft/sec. The unit has been run with the retrofit since May 2005 with no problems. During a recent inspection, no signs of screen damage or erosion could be detected. Based on this success, in April 2006 screens of identical composition were installed on two coal-fired units in western Pennsylvania where the flue gas velocity averages less than 60 ft/sec.

At Stuart Unit 3, the average flue gas velocity in the economizer outlet duct was a bit higher: 75 ft/sec. Accordingly, this unit was supplied with wire mesh screens whose inlays were coated with a highly erosion-resistant metal spray (Figure 6). 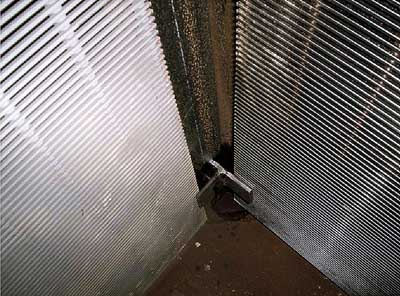 6. The inlay of a wire mesh LPA screen should be coated if the screen’s operating environment is aggressive. Experience suggests that uncoated stainless steel is a good selection where the average flue gas velocity in the economizer outlet duct is less than 60 ft/sec (right). An erosion-resistant coating, such as tungsten carbide, is needed to protect the screen for velocities of 75 ft/sec or greater (left). Courtesy: Steag LLC

Like the screens in northern Indiana, the screens installed on Stuart Unit 3 have been used successfully since May 2005. LPA carryover into the SCR reactor was minimized, and the screens themselves have not experienced any significant pluggage or operational problems. Although the pleated, hinged screen design pretty much cleans itself, fully automated and electrically driven "rapper" systems were added to ensure that the screens remain free of LPA during unit operation.

Later, managers of the Stuart plant retrofitted screens of similar design to Unit 1. However, the inlays of these screens were made of uncoated stainless steel wedge wire, which is more erosion-resistant than coated wire mesh but significantly less expensive. As part of the project, several wedge wire screens coated with tungsten carbide were installed in selected areas where particularly high flow velocities foster erosion damage (Figure 7).

7. The suitability of various screen inlay materials depends on the average flue gas velocity. Note that more than one option is available for any velocity up to 90 ft/sec. Source: Steag LLC

Screens with the same types of inlays also have proven effective and durable at another coal-fired unit in northern Alabama. In all three cases — Stuart Units 1 and 3 and the Alabama plant — the wedge wire screens with coated or uncoated inlays were installed at the beginning of the 2006 ozone season (Figure 8). 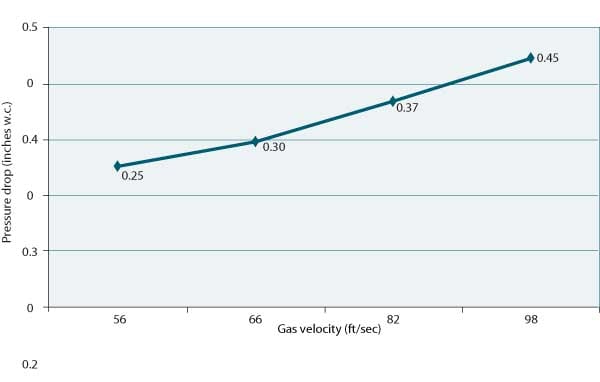 
This article is based on the authors’ technical presentation at the U.S. DOE-NETL 2006 Environmental Controls Conference.