Historically, cyclone-fired boilers have been characterized as big emitters of NOx due to the very high temperatures in their primary combustion zone. Uncontrolled levels from 0.8 to 1.9 lb/mmBtu have been typical. The design of cyclone-fired units makes them impossible to retrofit with standard low-NOx burners.

Prior to 1997, the conventional wisdom was that cyclone boilers could not be practically operated under two-stage combustion conditions because the reducing environment in the cyclone barrel fosters corrosion. Gas reburn technology and selective catalytic reduction (SCR) were considered the technologies of choice for reducing NOx from cyclone-fired units. (See "Apply the fundamentals to improve emissions performance," POWER, Oct. 2006 [www.powermag.com/archive_main.asp] for another case study on reducing NOx emissions from a boiler — this one a tangentially fired unit.) 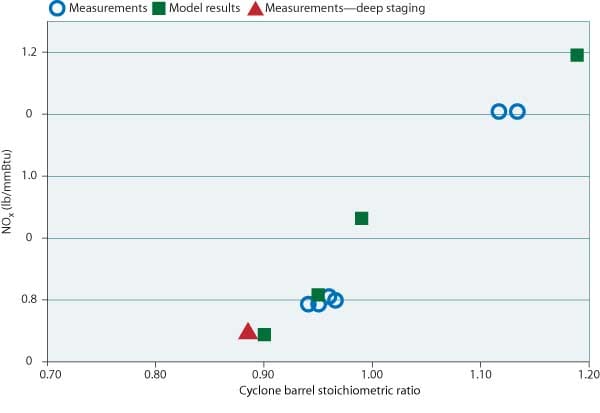 Early results of the CNCIG effort led to the installation of OFA on most cyclone boilers operating in the U.S. Doing so allowed them to meet the 2000 Title IV NOx limit of 0.86 lb/mmBtu (for cyclone boilers of plants larger than 155 MW) at capital and operating costs significantly lower than those for gas reburn or SCR technology. However, OFA alone will not be enough to enable some of the boilers to meet their next, lower ceiling for NOx.

The Clean Air Interstate Rule, which will affect plants in 28 eastern states and the District of Columbia, will ratchet down NOx emissions in two phases. The Phase I (2009) cap will be 0.15 lb/mmBtu, and the Phase II (2015) cap is set at 0.125 lb/mmBtu. The Clean Air Visibility Rule may impose additional NOx controls on plants in the western U.S.

CFD models predict, and demonstrations confirm, that it is possible to reduce a cyclone boiler’s NOx emissions below 0.15 lb/mmBtu by simultaneously employing deep staging of combustion from overfire air, RRI, and a novel approach to selective noncatalytic reduction (SNCR). This approach to NOx reduction is termed the Advanced Layered Technology Application (ALTA).

Rich reagent injection creates a hot, fuel-rich, staged combustion zone in the lower furnace. Adding ammonia or urea to the gaseous products of combustion accelerates the rate of NOx reduction higher in the furnace while producing insignificant ammonia slip in the fuel-rich zone. OFA added in the burnout zone completes the process. The RRI process was codeveloped by REI and EPRI; Fuel Tech Inc. (www.fueltechnv.com) and Combustion Components Associates (www.cca-inc.net) are licensed to install RRI on boilers.

Each boiler is equipped with 10 cyclone burners that work differently than the burners of tangentially fired or wall-fired boilers firing finer pulverized coal. The Sioux cyclone burners are 10-foot-diameter barrels in which crushed coal &frac14;-inch across is mixed with air and burned in a swirling motion. The Sioux plant typically burns a blend of 80% Powder River Basin (PRB) coal and Illinois No. 6 bituminous coal. Unit 2 was the first U.S. cyclone boiler to be equipped with OFA, in 1997. ALTA was evaluated on Unit 1.

The evaluation of ALTA was done in two phases. Prior to field testing, REI created a CFD model of the boiler as well as the RRI and SNCR processes and used it to guide the process designs and to locate new injection ports needed to implement them (Figure 2). 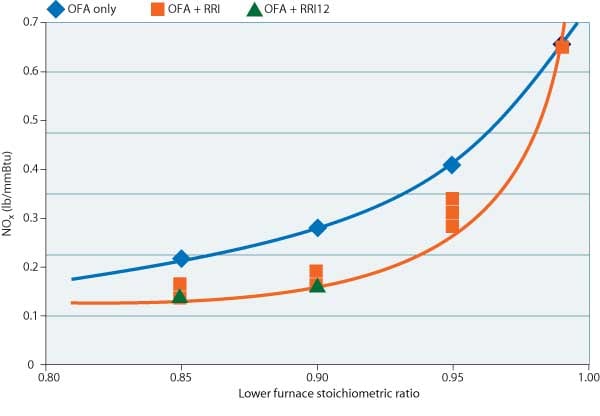 The model indicated that maximum NOx reduction would require several physical modifications of the cyclone boiler. During the scheduled spring 2005 outage of Unit 1, engineers set the stage for the ALTA test by obtaining a portable urea tank (Figure 3) and installing a number of ports for RRI and SNCR injectors. The RRI injectors (Figure 4) were made of stainless steel and designed to be water-cooled. Of the eight new RRI injection ports, six were located on the boiler’s front and rear walls and two were placed on the side walls. Nine of the 14 required SNCR injectors were placed in existing boiler ports; for the other five, ports were created in the upper front wall of the furnace. 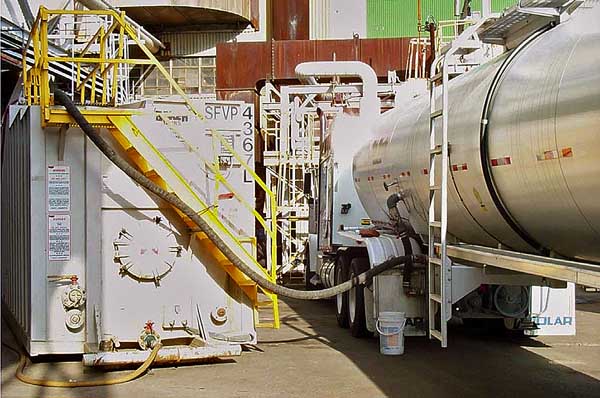 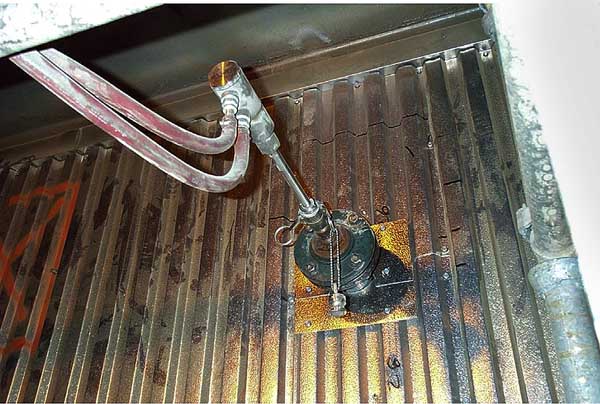 The field testing also was done in two phases: parametric testing and continuous testing. The parametric tests were done over a two-week period between May 16 and June 3, 2005. They evaluated many permutations, including RRI alone, SNCR alone, and RRI and SNCR in combination. Each was done at various loads and fuel mixtures.

Continuous (24/7) testing of the ALTA prototype began on June 6 and concluded on June 9.

NETL researchers hoped the project would demonstrate that ALTA can produce a result that most cyclone boiler operators would consider desirable: a reduction in NOx emissions below 0.15 lb/mmBtu with minimal impact on balance-of-plant variables such as loss-on-ignition, slag tapping, and ammonia slip. Another goal was to prove that the levelized O&M cost of ALTA would be below 75% that of a state-of-the-art SCR system.

The results of the field testing generally confirmed the model’s prediction that ALTA can indeed lower a cyclone boiler’s NOx emissions below 0.15 lb/mmBtu. Following are some of the specific findings that contributed to these overall conclusions: 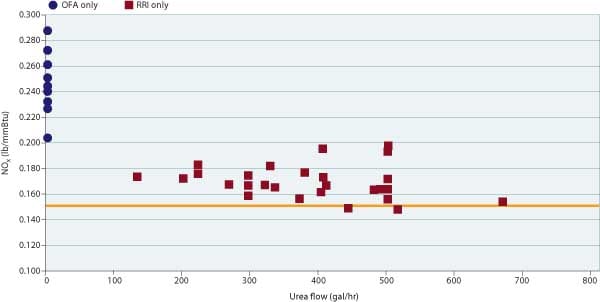 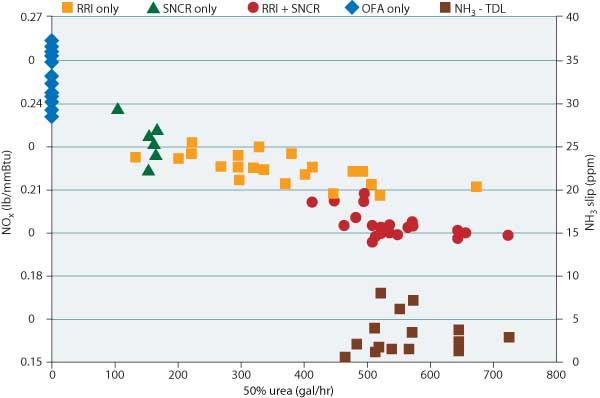 Based on the successful results from the field test, Ameren has decided to install permanent commercial ALTA systems on both Sioux Unit 1 and Unit 2. Installations are in progress and scheduled for completion in 2007.

This article is based on the authors’ technical presentation at the U.S. DOE-NETL 2006 Environmental Controls Conference. The authors wish to acknowledge the guidance and assistance of Bruce Lani, NETL project officer, and Bruce Bruzina and his staff at Ameren’s Sioux Plant during the project.