The relationship between affordable and reliable electric power and the economy, standard of living, and physical well being of Americans is beyond doubt. In the past several years, the burden of environmental regulations on the power sector has grown precipitously without adequate consideration of the cumulative costs and reliability impacts. Current interest in regulatory reform allows a reasonable analytical framework to catch up with balanced environmental, energy, and economic values. However, regulatory reform needs to be durable to be effective.

The most noteworthy of the Obama administration rulemakings that focused on baseload power production was the Clean Power Plan (CPP), a substantial rule designed to impose global greenhouse gas (GHG) emissions reduction requirements on the existing fleet of fossil fuel power generators. Early in the last presidential campaign, then-candidate Donald Trump clearly conceived of the CPP and related rules as part of an effort to marginalize reliance on domestic production of fossil fuels. Based on economic and security grounds, he promised prompt action.

On March 28, 2017, President Trump made good on that promise in executive order 13783. Section 4 of that executive order set Environmental Protection Agency (EPA) Administrator Scott Pruitt to the task reviewing the CPP and potentially withdrawing it. Cognizant of the fact that the executive order could render any decision on CPP legality a mere advisory opinion, the D.C. Circuit Court of Appeals withheld its judgment for at least 60 days as this EPA review was undertaken. On June 8, 2017, the White House Office of Management and Budget (OMB) received a proposed rulemaking from EPA that reportedly would rescind CPP. OMB is now taking meetings with concerned parties on the subject.

One way to consider how to make the removal of the CPP a more durable change to GHG policy as it affects baseload power production is to answer the question, “What comes next?” Pure repeal of the CPP certainly addresses President Trump’s campaign promise, but leaving something in place of the CPP may have some virtues. First, doing so reinforces preemption of federal common law, other tort actions, and perhaps even certain state actions. Politically speaking, a regulatory program in the area deprives those that would mischaracterize the significance of the CPP an important argument.

If a regulatory program stays in place to encourage—based on reasonable technological assumptions—improved heat-rate efficiency of power plants, there is another important factor to consider. In the past, improving the efficiency of power plants has been placed in regulatory doubt by misapplication of the so-called New Source Review (NSR) program. Some environmentalists have claimed that even efficiency improvements may extend the lifespan of a power plant, thus triggering the expense and doubt of NSR undermining the ability of the operator to improve efficiency. A GHG rule narrowly tailored to improve efficiency could become a catalyst for needed administrative clarification of the NSR program.

Legislative interest in reforming the NSR program is already quite evident. On June 29, 2017, one of the most active members of the House Energy and Commerce Committee, Rep. Morgan Griffith (R-Va.), introduced two bills on NSR. One clarifies that NSR formally excludes energy efficiency, pollution reduction, and power plant reliability projects from the definition of “modification.” Another would change the “emissions increase test” as a basis for triggering NSR. This commonsense reform would recognize that the hourly rates of emissions—a hallmark measure of efficiency improvement—is the relevant NSR test, as opposed to the annual emissions total that is far less relevant to the technological performance of the equipment.

Reform from the Inside Out

The future of the CPP is not the only relevant avenue for regulatory reform as it affects baseload power. Executive order 13777, signed on February 24, 2017, set up a regulatory reform agenda premised on an internal process appointing regulatory reform officials and task forces within each agency. The bottom-up approach to handling reform objectives was commented upon favorably even by the former Obama regulatory czar and noted expert on administrative law, Cass Sunstein, when on March 3 he wrote in Bloomberg, “Because the White House itself lacks the capacity to scrutinize the stock of existing regulations, the Trump administration was smart to call for task forces within each agency to do that—and to require them to engage with the public to see which regulations are really causing trouble.”

It is possible to have a sensible approach to regulating baseload power even as investments continue in alternative energy sources that reflect the broad range of American innovation. Renewable and nuclear power sources will continue to expand as cost-effectiveness improves, tax policy remains conducive, and state legislation is appropriate. Durable and sensible regulatory reform will be in the best interest of all forms of power development. ■ 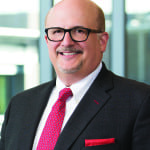 —Scott Segal is the head of Bracewell’s Policy Resolution Group in the practice’s Washington, D.C., office, and directs the Electric Reliability Coordinating Council.