Nineteenth-century Prussian General Helmuth Graf von Moltke concisely laid out one of the basic principles of warfare when he stated that “no battle plan survives first contact with the enemy.” That statement applies to more than just military operations. Whether you are engaged in billiards, ballroom dancing, or building an industrial empire, success depends on continuous observation and adjusting one’s tactics in response to real-world conditions.

When it comes to operating a boiler, one should, of course, select the best equipment to meet the plant’s unique needs, matching the output to the requirements of the steam turbine, or capturing and converting the greatest amount of the gas turbine’s waste heat. Rentech and other reputable suppliers offer a wide range of equipment that can be customized to existing circumstances. Beyond those basic requirements, proper operations and maintenance procedures are required for safety, reliability, and efficiency.

Improving Operations Is Always the Goal

There is always room for improvement in plant operations. Pacific Gas and Electric says that industrial gas boilers can improve in efficiency by 10% to 20% simply by upgrading their operation and maintenance (O&M) practices. Furthermore, the National Board of Boiler and Pressure Vessel Inspectors reported that in 1999 three out of seven boiler-related deaths were due to operator errors or improper maintenance (Figure 1). 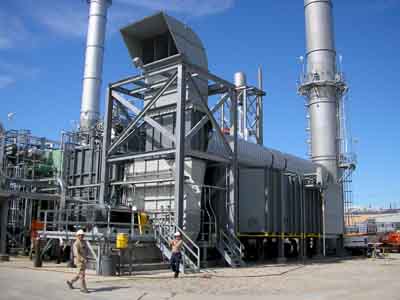 In the worst case, three men died in 2007 when corroded boiler tubes in a division wall of Dominion Energy New England’s Salem Harbor Generating Station coal-fired Unit 3 ruptured, causing a secondary rupture in the boiler casing and dousing the men in ash and 600F steam (see “Anatomy of a Boiler Failure—A Different Perspective”). According to the Commonwealth of Massachusetts’ Department of Public Safety’s incident report, “boiler outages were reduced from six week outages down to two to four week outages. Witness accounts indicated that this made it difficult for the plant to take care of all the outstanding maintenance items and the plant went from a preventive maintenance mentality to ‘putting out fires.’ Plant personnel indicated that they believed that deregulation reduced the parts inventory, which also had a negative impact on plant maintenance.” As a result, there was “a large backlog of approximately 2500 work orders on the plant equipment.”

Most boiler O&M failures, however, are not fatal, but they can bring generating facilities to a shuddering halt due to unscheduled downtime, thereby lowering revenue and raising operating costs. As the Confederation of Indian Industry noted in its Manual on Best Practices in Indian Thermal Power Generating Units, “boiler tube leakage is one of the major reasons for forced outage.” It lists a wide range of causes, including overstressing, starvation, overheating of tubes, creep life exhaustion, stress corrosion, waterside corrosion, fireside erosion, hydrogen embrittlement, age embrittlement, thermal shock, improper operating practices, poor maintenance, and welding defects. As a result, “If a boiler has to continue to function at a given/desired level of availability, its constituent items need some expected level of maintenance either by replacement or by repair.” Links to this and a number of other useful boiler O&M references are included in the sidebar.

Operations & Maintenance Best Practices: A Guide to Achieving Operational Efficiency (Release 2.0). This publication, prepared by the Pacific Northwest National Laboratory for the Department of Energy’s Federal Energy Management Program, was written for maintaining federal building systems, including boilers. It provides an overview of setting up an O&M program as well as types of predictive maintenance technologies.

Manual on Best Practices in Indian Thermal Power Generating Units. This series of case studies of coal-fired and gas turbine or combined-cycle power plants was published by the Confederation of Indian Industry. One facility, for example, managed to reduce its boiler tube failure rate to 1/8 the national average.

Beyond availability issues, like turbines, boilers also need regular testing, analysis, and tuning to counter gradual degradation due to issues such as soot or corrosion buildups, which affect boiler efficiency and output and, consequently, affect the turbine’s operation and output. These issues are even more important for plants that are used for rapid response to peaking power needs or that need to adjust their output depending on the varying demand for process steam. For example, Salem Harbor Unit 3 had seen increasing cycling since the mid-90s due to changes in the deregulated market. But whether the boiler is part of a baseload coal generating station, an industrial combined heat and power facility, or the heat-recovery steam turbine on a peaking gas turbine, following certain basic rules can improve output and uptime while lowering operating costs and emissions.

Develop a Plan for Success

Key to maintaining optimum safety and efficiency is developing and following an O&M plan for the boiler that takes into account the maintenance schedule of the turbine. This can include some variety of predictive and preventive maintenance schedules, depending on the cost of repairs and the potential impact of downtime. The plan will have to be developed for each boiler’s own operating conditions, including any seasonal variations in turbine usage, and it will need to be updated over time (Figure 2). As a starting point, you can adopt the following best practices developed by the U.S. Department of Energy, including: 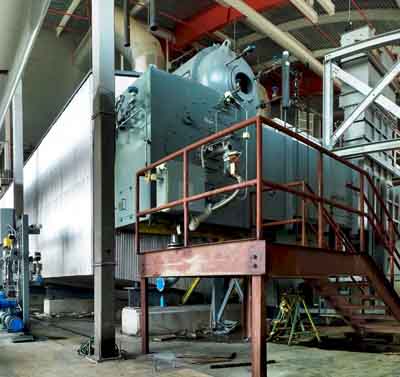 In addition, develop a maintenance schedule. The plan must address areas such as record-keeping, finance, personnel, and training. A properly maintained boiler can outlive the personnel in the plant, so be sure to include the transfer of knowledge.

Efficient operation depends on maintaining the proper air-to-fuel ratio. Ideally, only the exact amount of air would be provided to fully convert the carbon into CO2 in order to release the maximum amount of heat. If the airflow is inadequate, CO forms instead, releasing less than one-third the amount of heat. When there is excess air, on the other hand, the fuel burns completely, but much of the heat gets carried away by the excess stack gas.

The O2 content of the flue gas should be continuously monitored to determine if there is excess air. This measurement is only accurate, however, if the rest of the boiler system is sealed against air leaks. Otherwise, air entering after the combustion chamber will raise the O2 readings in the stack. If the inlet air level is then adjusted downward in an attempt to rectify this erroneous reading, combustion efficiency will drop.

Over time, deposits of chemicals such as calcium, magnesium, and silica coat the water sides of the heat transfer tubes. This scale has a much lower thermal conductivity than the bare steel, retarding heat transfer and producing overheating and tube failures. Even a 1/64-inch layer of iron plus silica scale formed by high-pressure steam can result in a 3.5% fuel loss.

One way to detect scale or deposit formation is by a rise in flue gas temperature. If the boiler load and excess air are kept constant and the flue temperature rises, it may indicate the presence of scale. This would be verified by a visual or ultrasonic inspection during a shutdown and could be removed by mechanical means or an acid wash. A better plan is to prevent the buildup by using water softeners, demineralizers, or reverse osmosis to remove the scale-forming minerals from the makeup water, following proper blowdown practices, and adding scale retardant chemicals to the water.

Use of filtration and chemical additives does reduce, but not eliminate the need for blowdown, with its heat loss. Skimming blowdown, removing water from the surface, reduces the level of dissolved solids. If  continuous blowdown is used, a heat-recovery system can be used to reduce the energy loss. Bottom blowdown to remove solids from the boiler that have settled out of the water is also done periodically. Use frequent chemical testing to determine the optimum blowdown procedures to minimize the heat loss and amount of wastewater.

The fire side of the tubes must also be cleaned regularly to reduce soot buildup and loss of heat transfer. This is particularly an issue with coal-fired boilers, but it can occur even with natural gas when there is a low air-to-fuel ratio poor quality fuel or malfunctioning burners. A 1/8-inch soot deposit lowers efficiency by about 8.5%. With coal boilers, a conventional wall blowing system should be used at least three times a day. A smart wall blowing system will do the job automatically, only cleaning those areas where a drop in heat absorption is detected. Tubes in natural gas boilers should be inspected at least annually and should be cleaned as needed.

Although each plant has its own unique characteristics that need to be covered in the O&M plan, one should also incorporate best practices developed by others, including boiler manufacturers such as Rentech, the Department of Energy, and EPRI. Also be sure to consult with the turbine manufacturer to obtain its latest recommendations based on R&D or field experience. The resource list in the sidebar can serve as a starting point.

—Harry Kumpula is a 36-year veteran of the boiler industry, currently serving as director of marketing at Rentech Boiler Systems.