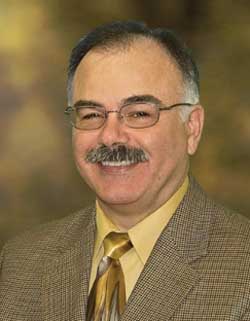 Secretary of Energy Samuel Bodman spoke at the recent 2008 Nuclear Energy Summit that was convened to discuss the importance of nuclear power to a healthy U.S. economy. While Bodman was preaching to the choir, attendees were glued to their PDAs, watching the stock market meltdown. In sum, it looks like there’s a straight road to a nuclear renaissance, but plenty of speed bumps, some expected and many unexpected, lie ahead.

Bodman noted that "nuclear power in this country goes to the very intersection of our energy security, our national security, and our economic security." More to the point, countries we compete with in the global market place are preparing to eat our economic lunch by taking a commanding lead in the construction of new nuclear plants. According to the International Atomic Energy Agency, there are 37 nuclear plants under construction worldwide. In fact, China, Japan, and South Korea, all huge exporters to the U.S., each have three or more reactors under construction.

Today, a 1,000-MW nuclear plant will pencil out to perhaps $5 billion or more, and the costs are still rising. Amory Lovins likes to stick a pencil in the nuclear industry’s eye by saying that power once promoted as "too cheap to meter" has now become "too expensive to matter." Given our pedestrian schedule for approving and constructing new plants, he may soon be proven right.

Here’s my take on the situation. Utility stock values have tanked, and many will surely have lost the credit rating necessary to borrow the enormous sums needed to construct new nuclear plants; the U.S. manufacturing infrastructure is unable to fabricate key nuclear components; and there isn’t a working plan to replenish the nuclear-qualified workforce. Let’s closely examine each of these new nuclear speed bumps.

The Nuclear Regulatory Commission (NRC) may have a couple of dozen license applications in hand, but few utilities will emerge unscathed from the credit meltdown. In fact, recently decimated utility stocks will surely steer several utilities into an economic ditch and cause them to abandon their new nuclear ambitions. Especially vulnerable are those utilities that have announced construction plans that will cost much more than their company’s book value.

Yes, the DOE is making up to $2 billion in federal risk insurance available per plant to cover unexpected costs incurred that are beyond the owner’s control, but I doubt they are going to cover poor credit problems. The DOE’s checkbook has a balance of $18.5 billion for loan guarantees, but that was quickly oversubscribed by a margin of seven to one by the number of applications recently submitted.

Most developers are saying these guarantees are critical, so, in essence, the government will determine who will be building the next generation of nuclear plants. My opinion: The DOE should choose the nine or 10 strongest projects to support rather than take the low road by spreading its limited funds among all applicants. An egalitarian approach to loan guarantees will do little to spur construction of new nuclear plants and could stop progress altogether. It’s time to support the strongest projects and kick-start the nuclear industry into action.

The need for infrastructure investment

What happens if the financial market meltdown does eventually solidify yet remains flat for some months, even into a new administration? My guess is the new president and Congress will begin pumping huge amounts of money into the economy to prevent stagflation. Franklin Delano Roosevelt’s approach was to pump money into the U.S. economy (which was isolationist at the time rather than global, as it is today), by putting people to work on major infrastructure projects that we continue to enjoy. If "spend, spend, spend" becomes the government’s mantra, then spend it on infrastructure development.

This scenario may be a buzzkill for our 401k accounts, but it just might be the breakthrough our manufacturing sector needs to rejuvenate nuclear power. In the 1980s, there were about 400 nuclear suppliers and 900 nuclear-certified companies in the U.S. Today, those numbers have shrunk to fewer than 80 suppliers and 200 certifications. Furthermore, Japan Steel Works (JSW) is the only global supplier (other than Russia) for forgings greater than about 350 tons, and it’s limited to five or six of these forgings a year. JSW expects to increase production to eight or nine forgings by 2010, but it already has a full order book through 2016. There are unconfirmed reports that buyers are paying a premium of $100 million for a booking.

The question may become: Will our new president and Congress stand tall like FDR and invest in infrastructure that will support future economic competitiveness, such steel mills that can produce these necessary forgings and other key nuclear components? Or will they merely mail out another series of "stimulus checks" that will be soon spent and quickly forgotten?

The U.S. graduates about 70,000 engineers each year, yet only 1,900 of those were enrolled in a nuclear engineering degree program in 2007, up from a low of 500 in 1999, according to a recent workforce study by the American Physical Society. The NRC recently made grants totaling $20 million to 60 schools that are reconstituting their nuclear engineering curriculums, so that’s a start. In contrast, that same study found that about 35% of the current nuclear workforce will reach retirement age in the next five years, which is consistent with data describing the entire power generation industry.

I am deeply concerned about our diminishing nuclear infrastructure and how declining markets will slow the development of new nuclear plants. As for keeping a qualified workforce, who still thinks the senior staff are retiring anytime soon?